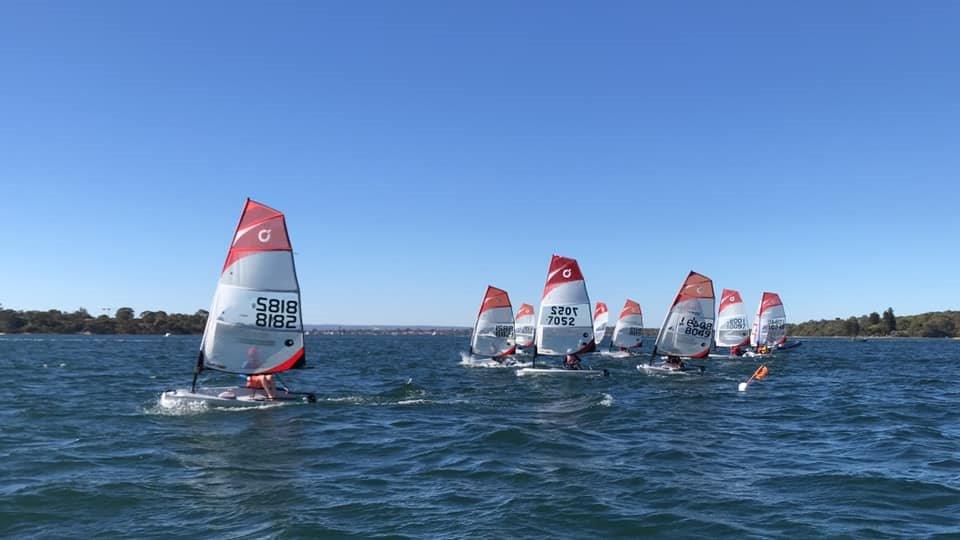 At midday on Monday 23 March Commodore Gary McNally rang the bell at Royal Freshwater Bay Yacht Club to signal the beginning of a new watch, due to COVID-19 restrictions. The club was officially closed and all regular activities were ceased for the members and their guests.

But in the weeks that followed the club did not completely shut down. A new watch began to keep RFBYC moving forward and in touch with its patrons. Due to the Government restrictions the clubhouse remained closed, but much was done to keep the members in touch with their club. RFBYC took on this new challenge and adapted constantly through the various phases of the restrictions.

The Flag Officers with their Board and sub-committees continued to hold meetings using video conferencing platforms and applications for membership continued to progress with interviews hosted online. Commodore Gary McNally sent out regular updates to the members by email. He was delighted to receive many messages from members offering assistance to their fellow members after the club sent out a call, Are you OK?

Ground staff continued onsite with security and maintenance of the gorgeous gardens, historic buildings and marina. The decks were oiled, painting was done and the kitchen received a good make-over.

To continue the connection between Royal Freshwater Bay Yacht Club and the members, an online campaign was launched called #TogetherWithRFBYC. This included a dedicated webpage and regular posts on social media. During the campaign there were daily posts on Instagram and Facebook. Each day with a dedicated theme like puzzles on Fridays and what’s happening today at RFBYC on Monday’s. Plenty of  lub history was shared and members enjoyed reading through historic Tidings magazines. Looking at the fashion in old photos was popular as were delicious recipes from the  chef team for members to cook at home.

The team in the sailing office scheduled an eSailing Series held through April and May with champions announced for the usual groups, Mid-Week Racing, Saturday Keelboat Racing, Adult Dinghy Racing and a Junior / Youth Dinghy champion. Australian Sailing – WA hosted a state eSailing series too and one of the  club’s youth sailors was crowned the WA eSailing Champion.

For many weeks take away food and beverage were available from the  club kitchen, this was well supported and great feedback was received about being able to enjoy a meal from the RFBYC  chefs while the  clubhouse was closed. As soon as the restrictions were relaxed to Phase 2, the Bowline restaurant reopened to the limit of 20 patrons at a time and members were delighted to come back and enjoy the club. Sailing members got back on the water with informal sailing, organised and overseen by the Sailing Administrator giving instructions to start by radio calls to the fleets. In the dinghy fleet, training sessions were arranged by the Dinghy Administrator and Training Centre Principal who were particularly pleased to see their junior and youth sailors out on the water enjoying their sport.

Royal Freshwater Bay Yacht Club felt that it was important to keep the Club community together for health and wellbeing. The club monitored the restrictions closely and as soon as possible, encouraged the members to get outside and enjoy their sport together.

With the exciting move to Phase 3 of Government restrictions, Commodore Gary McNally today rang the bell again, this time to officially re-open the Members’ Bar. He spoke to the members, thanking them for their support over the past months and gave special mention of the staff for their efforts through this challenging time.

Eight Bells and all is well as Royal Freshwater Bay Yacht Club welcomes back the cembers and their guests to the club. Mid-Week sailing activities resume, the keelboat racing Frostbite Series will begin and next weekend will see the start of the Dinghy Winter Series and Power Yacht Time Trialling Season.

Time for the next watch at the club.