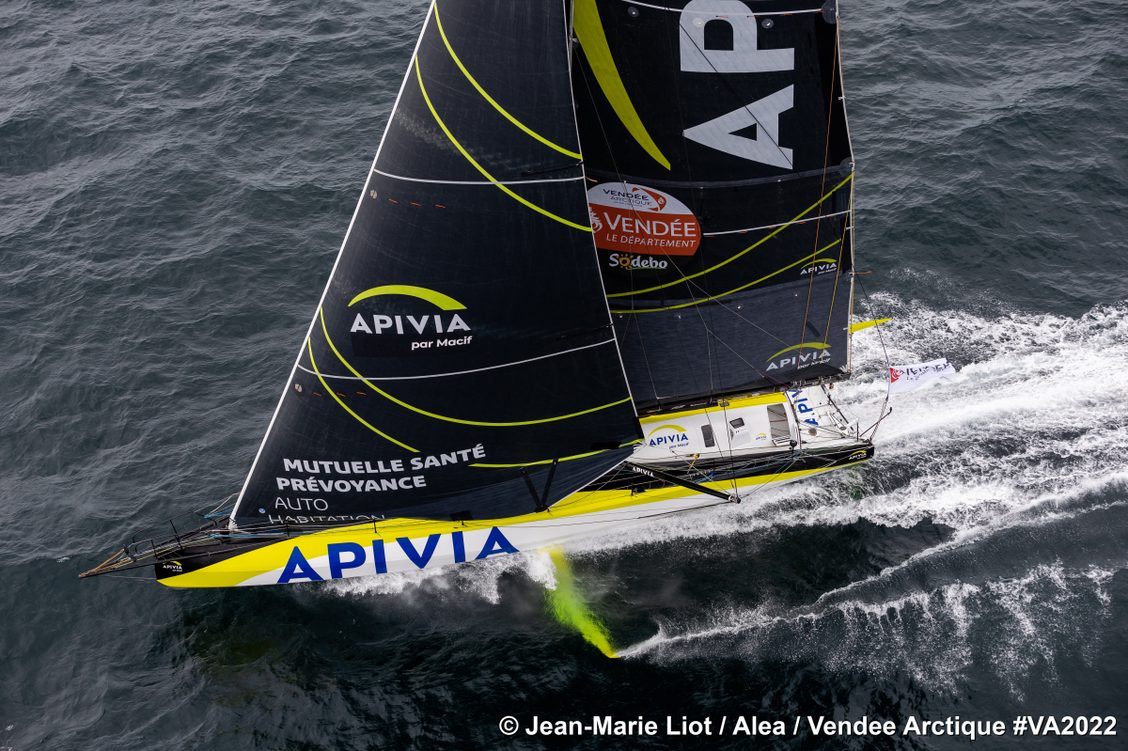 The finish line of the 2nd Arctic Vendée – Les Sables d’Olonne has been closed since the arrival of the last competitor, Kojiro Shiraishi (DMG MORI Global One), Saturday June 18 at 10:33 p.m. The classification is now official, let’s take stock of the sporting data of the race.

The winner is Charlie Dalin (APIVIA), who signed his second consecutive solo victory in this IMOCA season, after his success in the Guyader Bermuda 1000 Race last May. The Le Havre skipper recorded his fifth victory since entering the 60-foot monohull class after the 2019 Transat Jacques Vabre (double-handed with Yann Eliès), the 2021 Rolex Fastnet Race (double-handed with Paul Meilhat) and the 2021 Azimut Challenge ( doubles with Paul Meilhat). This is his seventh podium in as many races on APIVIA.

Twenty of the 25 skippers entered reached the finish line. The Vendée Arctic race management recorded five retirements. There was that, early, of the Hungarian Szabolcs Weöres (Szabi Racing), on June 13, the day after the start, following damage to the hydraulic system of the canting keel of his IMOCA, observed the day before. The other four occurred during the approach to Iceland Gate. On June 17, Manuel Cousin (SÉTIN Group) was the first of the four to withdraw, “a choice of reason”. On June 18, “as a precaution”, Arnaud Boissières (La Mie Câline) chose to abandon 40 miles from the Iceland gate, which had become the finish line for the occasion, because deprived of the headsails which would have allowed to go upwind to the goal. Isabelle Joschke (MACSF), mainsail torn, and Denis Van Weynbergh (Laboratoires de Biarritz), for various damage, were the last to retire a few tens of miles from the finish.

The game of architects

The IMOCA with foils versus IMOCA with daggerboards match had another happy episode. While the podium belongs to three foiling monohulls of the same generation (launched in 2018 and 2019), fourth place belongs to Benjamin Ferré (Monnoyeur – Duo For A Job). A newcomer to IMOCA, aboard the ex-Macif with which François Gabart won the 2012-2013 Vendée Globe, and Paul Meilhat the 2018 Route du Rhum in the colors of SMA, the adventurous skipper has found a certain taste for the competition. Aboard Benjamin Dutreux’s former OMIA – Water Family

(9th in the Vendée Globe 2020-2021), the other extreme adventurer, Guirec Soudée (Freelance.com) took 6th place, between the foilers of Louis Burton (Bureau Vallée) and Alan Roura (Hublot). Four IMOCAs with straight daggerboards took their place in the top 10 of the race.

A course modified, then reduced

The weather has played funny tricks on the fleet and the organization of the Arctic Vendée – Les Sables d’Olonne. The round of Iceland, which promised to be both the highlight of the race and a great first – no IMOCA having ever climbed as far as the Arctic Circle during the race – seemed feasible on the day of the start, on June 12, and even in the hours that followed. The weather gradually deteriorated. The depression that was circulating around Iceland grew so thick that it ended up looking like a direct threat to the most fragile IMOCAs. The direction of the winds and the swelling of the waves convinced the race management to abandon the round of Iceland. The virtual door drawn before the race at the height of the most eastern tip of the island has become the mark to be parried, before the return to less harsh regions via a virtual point in the center of the Atlantic. Then, during the night from Friday to Saturday, while the leader Charlie Dalin was approaching the gate, the organization decided to stop the race at this gate, in order to allow the solo sailors to take shelter for a once the finish line is crossed.

The explanations of Francis Le Goff, race director, collected after the decision to shorten the course: “The depression is there, and some will have difficulty reaching the Iceland gate. But as the situation is no better once through this gate, we preferred to make it the finish line so that the solo sailors can immediately make sure to get to safety. Unstable and strong winds arrive in the area. Closing the race at the gate will allow sailors to find the best solution for each of them. We knew about the rapid and brutal weather changes in the area, but we had the worst of what we could have feared. Sincerely, what everyone experienced during the 1,500 miles or so of the climb towards Iceland – the difficulty of navigation, the struggle to steer the boat, the resistance to the strong elements – represents an impressive preparation for a Vendée Globe.”

The proximity of the Arctic Pole and the circulation of weather phenomena and their ability to swell in short periods of time have created a dangerous situation. Violent winds, averaging 50 knots with gusts of more than 60 knots, and a very rough and boat-breaking sea, made navigation difficult. Of the five retirements recorded during the event, four occurred as part of this brutal sequence. Few boats emerged unscathed from this storm, like Giancarlo Pedote (Prysmian Group) and Romain Attanasio (Fortinet – Best Western) for example, who experienced mainsail problems.

The impact on the qualification and selection processes

The Arctic Vendée – Les Sables d’Olonne was the first of the five qualifying races for the 2024 Vendée Globe. Thus, the skipper-boat tandems who have completed the Arctic Vendée are sportingly qualified. If a skipper were to change boat – this will be the case for some of these skippers – he will again have to take advantage of a qualifying race to obtain his qualification. . The 2024 edition of the Vendée Globe will accept 40 projects. In the event that there are more applications, the organization has decided to set up a selection process based on the number of miles covered by the skipper before the event. The skippers who have completed the Vendée Arctique – Les Sables d’Olonne have recorded a number of miles equivalent to the theoretical distance to be covered between the start line and the finish (now the Iceland gate). Those who quit record the number of theoretical miles of the course, minus those they did not run.