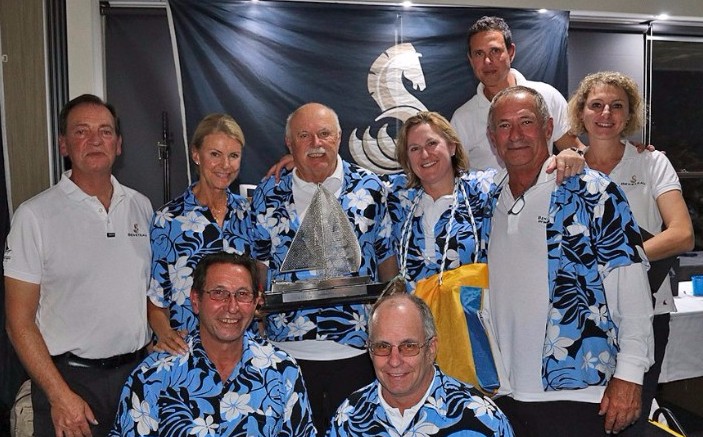 It was a full day starting at 10 am with a glass of champagne, then racing in the Lion Island, RPAYC winter series, finishing with a sumptuous buffet dinner, wine and dancing.

After 20 mins postponement, the breeze finally delivered a healthy East Nor’easter of up to 12 knots which the 26 entrants thoroughly enjoyed.