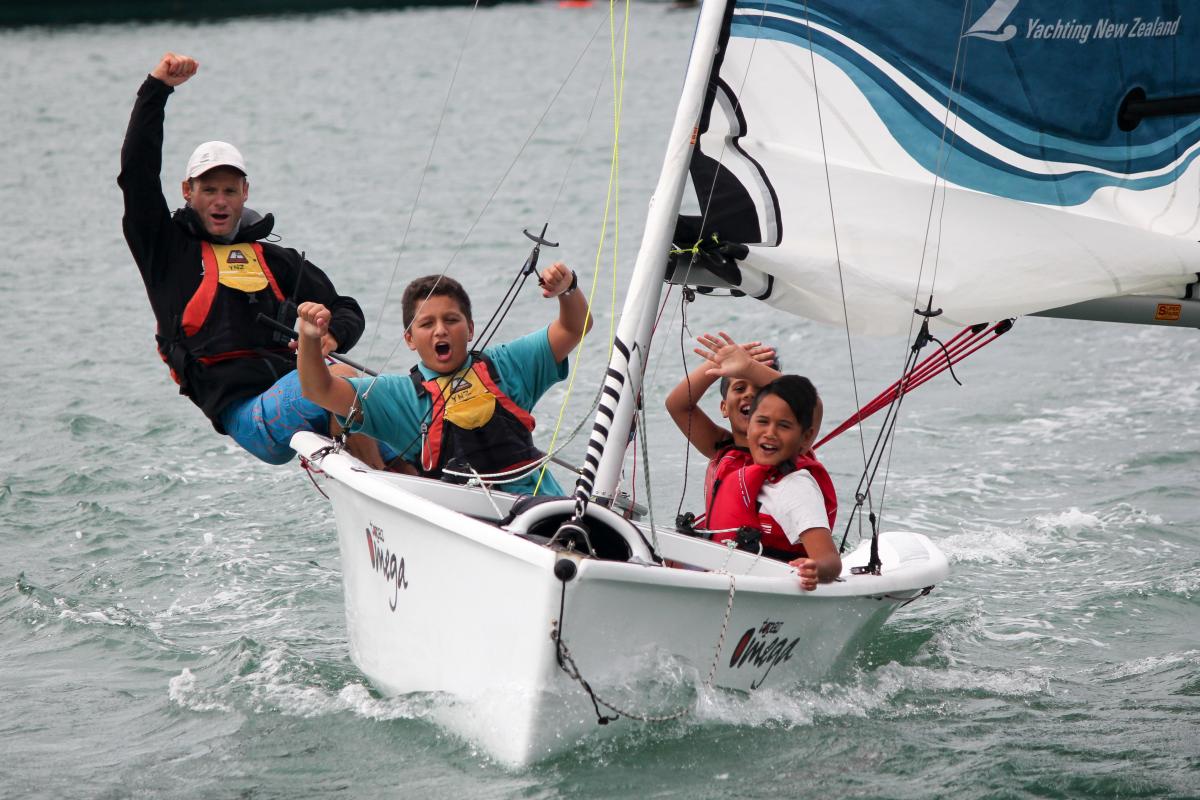 Volvo Sailing... Have a Go!

More than 3000 people tried sailing, many for the first time, with Yachting New Zealand's Volvo Sailing… Have a Go! programme during the Volvo Ocean Race stopover at the Auckland viaduct.

“It's a fantastic result and exceeded expectations,” Yachting New Zealand chief operating officer Andrew Clouston said. “The main aim for us was to give people a really good first-time experience of sailing and it was great to see so many beaming smiles after people came off the water. The vast majority of people had never sailed before.”

Everyone who indicated an interest in learning more about sailing will have their details passed on to their nearest club, who are encouraged to follow up these leads to help grow their own membership. It's estimated more than 500,000 people visited the Volvo Ocean Race village and many of these people were from outside Auckland.

The Volvo Sailing… Have a Go! programme relied on a number of volunteers, with many skippering the boats or helping out on the dock, and some travelled from outside Auckland. On top of that, a number of Olympic sailors, including Rio medallists Sam Meech, Alex Maloney and Molly Meech, took people sailing.

“We had a great bunch of vounteers and we couldn't have done it without them,” Clouston said. “At times we had no wind and at others lots of wind but everyone had a good experience.

“Yachting New Zealand sees this as creating a pathway for people into yacht clubs because there's definitely an interest in sailing around the country. We know of three groups who went to a boat shop after sailing with us to ask about what sort of yacht they should get and there are bound to be other stories like that.”

Yachting New Zealand's Volvo Sailing… Have a Go! schools programme is wrapping up for the summer but schools need to think about registering now for next summer. See here for more information.