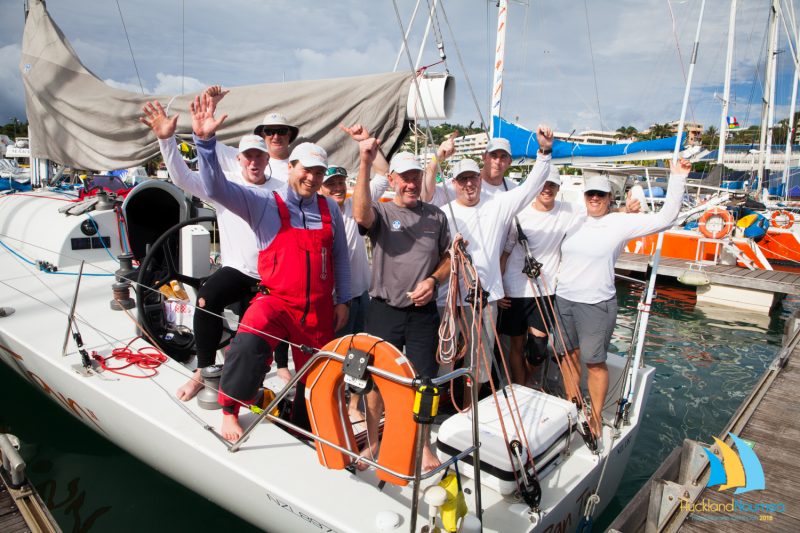 Brian Petersen described it as “horrible” at times as his team battled terrible weather and sea conditions but Ran Tan II did enough to take out line honours in this year's Auckland Noumea Yacht Race.

The Elliott 50 completed the 998 nautical mile event in 4 days, 4 hours, 13 minutes and 29 seconds, more than two hours ahead of Miss Scarlett in second with Equilibrium third.

The start of the Auckland Noumea Yacht Race, which was the first in six years, was delayed by 24 hours due to inclement weather in Auckland but they still departed in torrential rain and then sailed into big seas as they headed north.

“The first 24 hours were horrible,” Petersen told aucklandnoumea.com. “It was pretty tough. Out of nine of us on board, six of us were sick. We were very grateful the race was postponed by 24 hours otherwise we would have gone through two lots of bad weather.”

Ran Tan II and Miss Scarlett were expected to battle for line honours in the small field of eight boats and they jostled for the lead at times.

“We closed on them but they pulled away again,” Miss Scarlett skipper William Goodfellow said. “They must have sailed an awesome race. It was great to be chasing – it would have been nice to be in front – but that's the way it goes.”

Many of the boats have remained in Noumea to take part in the Groupama Race starting on June 15.