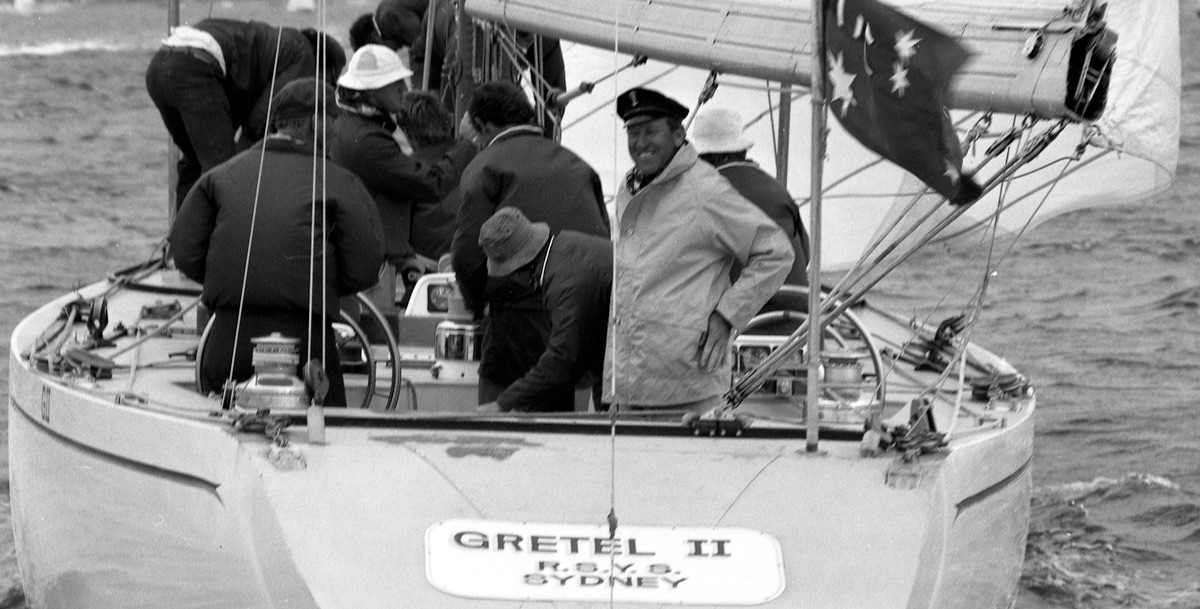 Gordon Ingate’s illustrious sailing career spans international campaigning in Dragons and 5.5 Metres, offshore racing, the Olympics and the America’s Cup – 'Rainbows & Dragons' is his official biography, a fascinating story of Ingate’s life in and around the sailing world, and his achievements in sailing and business.

The Australian sailor’s Caprice of Huon was the top scorer of the Australian team at the 1965 Admiral’s Cup, Australia’s first appearance. In 5.5 Metres, Ingate won the Scandinavian Gold Cup in 1969 and Kiel Week in 2001. Crewed by Rob Thornton, he also represented Australia in the Tempest class at the 1972 Olympics.

He campaigned for the America’s Cup with Gretel II, and continued sailing her in Australia, a valuable benchmark for the 1983 America’s Cup winner, Australia II. He later returned to the Dragon class where, at the age of 91, he won the Prince Philip Cup Australian championship for a fourth time in January 2018.

Largely written by Bob Ross, one of Australia’s foremost yachting journalists, and a close friend of Ingate, the story is personal and highly reflective of Ingate’s long sailing career, personal highs and lows and illustrates the determination that made him one of Australia’s best known sailing figures.

Widely known simply as ‘Wingnut’, Ingate immersed himself in sailing culture and the social side of sailing, with an irrepressible sense of humour.

The book begins with a personal portrait of Ingate by his friend and neighbour, Patrick Bollen. It describes Ingate’s life from his early sailing days to Sea Scouts, the war years, his time with the RAAF, and working at De Havilland. It goes through to his famous 90th birthday party at the Royal Sydney Yacht Squadron, in the company of 220 of his friends and family.

In the Foreword, written by George W Carmany, Ingate is described as a ‘force of nature’, a legend and a true Australian ‘original’.

Rainbows & Dragons is available in black and white paperwork and colour hardback. It has more than 200 illustrations across 240 pages and is available for sale across the Amazon network, and in most online bookstores.

Published by Boatswain Books (boatswainbooks.uk) Rainbows & Dragons is available in most countries through all Amazon channels and from all good booksellers.

Further information and to purchase: http://boatswainbooks.uk/rainbows/