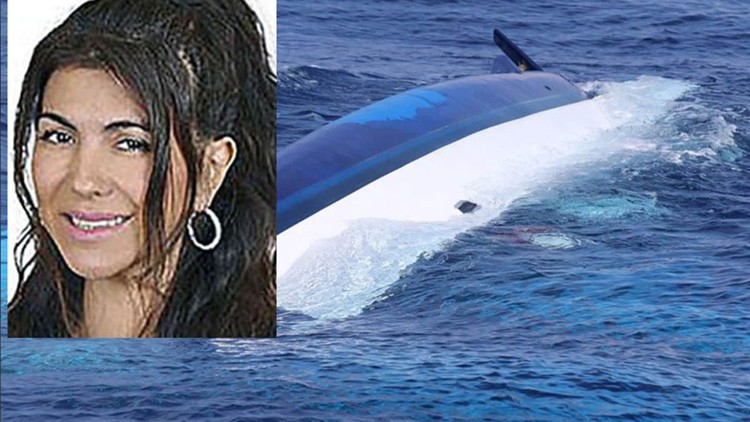 Lewis Bennett murdered his wife, Isabella Hellmann, on the high seas in May, then deliberately sank his catamaran in an ultimately failed attempt to stage an accident, prosecutors allege in a federal complaint issued Tuesday, the same morning Bennett was sentenced in Miami on related coin-theft charges.

The complaint, charging him with second-degree murder, never says how investigators believe Bennett killed the 41-year-old suburban Delray Beach real estate broker, his bride of three months and the mother of their child, and doesn’t specifically detail that he did. But it lays out a series of missteps and apparent lies it says all point to a deliberate scheme by the seasoned sailor to have the sea swallow his crime.

Bennett is set to be back in court at 2 p.m. Wednesday in Miami for his initial appearance on the murder charge, which carries a sentence of up to life in prison.

In those early hours of May 15, west of the Bahamas, the complaint alleges, Bennett poked holes in both of his catamaran’s hulls from the inside and popped open two portholes below the water line.

It says he later admitted doing almost nothing to find his wife, devoting all his efforts to loading onto a life raft foodstuffs, water, a satellite phone and a homing device. And some of the tens of thousands of dollars in coins whose 2016 disappearance, while Bennett worked as a mate aboard a yacht in the Caribbean, led to Tuesday’s hearing at which the 40-year-old Bennett was sent to prison for seven months. The man who owned both the yacht and the coins did not respond Tuesday to calls and emails.

Read the full story at the Palm Beach Post.