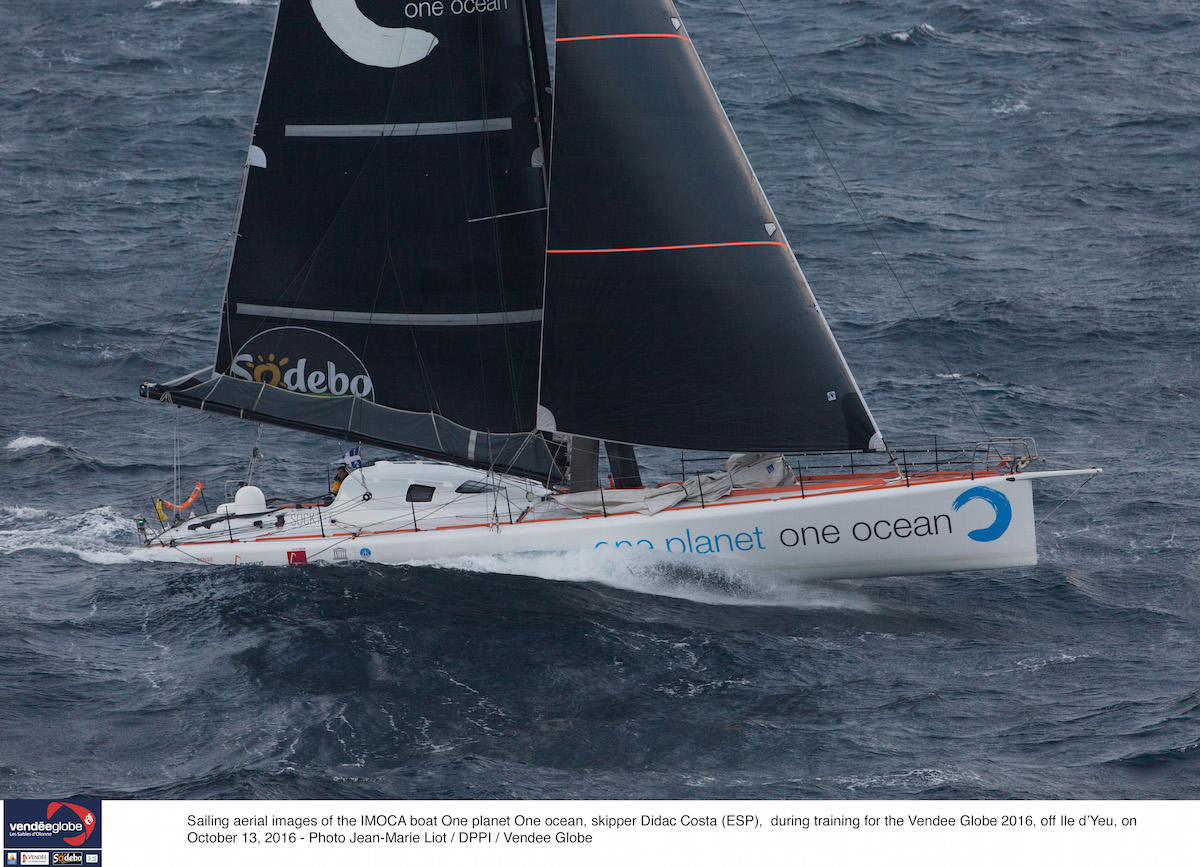 Progress has remained painfully slow for Kiwi skipper Conrad Colman today as he sails into a wide high pressure ridge which stands between him and the favourable westerly breezes which should finally allow the jury rigged Foresight Natural Energy to sail more directly towards the French coast and the finish line of the Vendée Globe off Les Sables d'Olonne.

In the 24 hours to 1400hrs this Wednesday afternoon Colman had made just 61.4 nautical miles, a crawling average of 2.4kts as he fights northwards in the SW of the Bay of Biscay. He is expected to emerge into a NW'ly breeze in the early hours of Thursday morning, the wind strengthening and backing to the W during tomorrow when Colman should be able to make more meaningful speeds towards the finish. With 215 miles to the finish line, the 33 years old New Zealander has sailed more than 500 miles since he set his jury rig on 16th February. He is now expected to finish his Vendée Globe to a hero's welcome on Saturday.

Didac Costa is due on the finish line between eight and nine tomorrow morning (Thursday), the fifth solo skipper to finish the race over a six day period. Among the VIPs who have travelled from his native Barcelona to welcome Costa are the Fundació Navegació Oceànica Barcelona's CEO Xosé Carlos Fernández and Javier Vilaronga, the Director of their Ocean Base. Costa's boat, the former Kingfisher is finishing her fifth round the world race. At 1700hrs UTC this evening Costa was less than 100 miles from the finish line, making nine knots and was expected to complete his first solo non stop race around the world in a fading W'ly breeze with around 10kts on the line, smooth seas and possibly some light rain.

Costa's early inspiration to race in the Vendée Globe was the pioneering Spanish sailor José Luis de Ugarte who completed the 1992-93 race in 134 days at the age of 64 on Euskadi Europ 93BBK. Until yesterday when Rich Wilson crossed the finish line, the late Ugarte was the oldest solo skipper to complete the Vendée Globe. The redoubtable Ugarte's boat was leaking in the final days of the race, with so much water in it that he had to dive inside the boat to find out what the problem was. In fact the second oldest seems likely to be 17th placed Pieter Heerema, the Dutch solo racer who is now expected on Monday. He was 65 when he started the race. Heerema faces a tough final weekend at sea on his No Way Back. He is struggling with very limited electrics and will touch two successive low pressure systems giving him 35kts of wind over Saturday and Sunday.

Likely to pass the unfortunate Colman during the final 100 miles of their race, Romain Attanasio seems set to take 15th place and by comparison, has a relatively straight run to the finish line. His estimated finish time is Friday morning, around 24 hours after Costa.