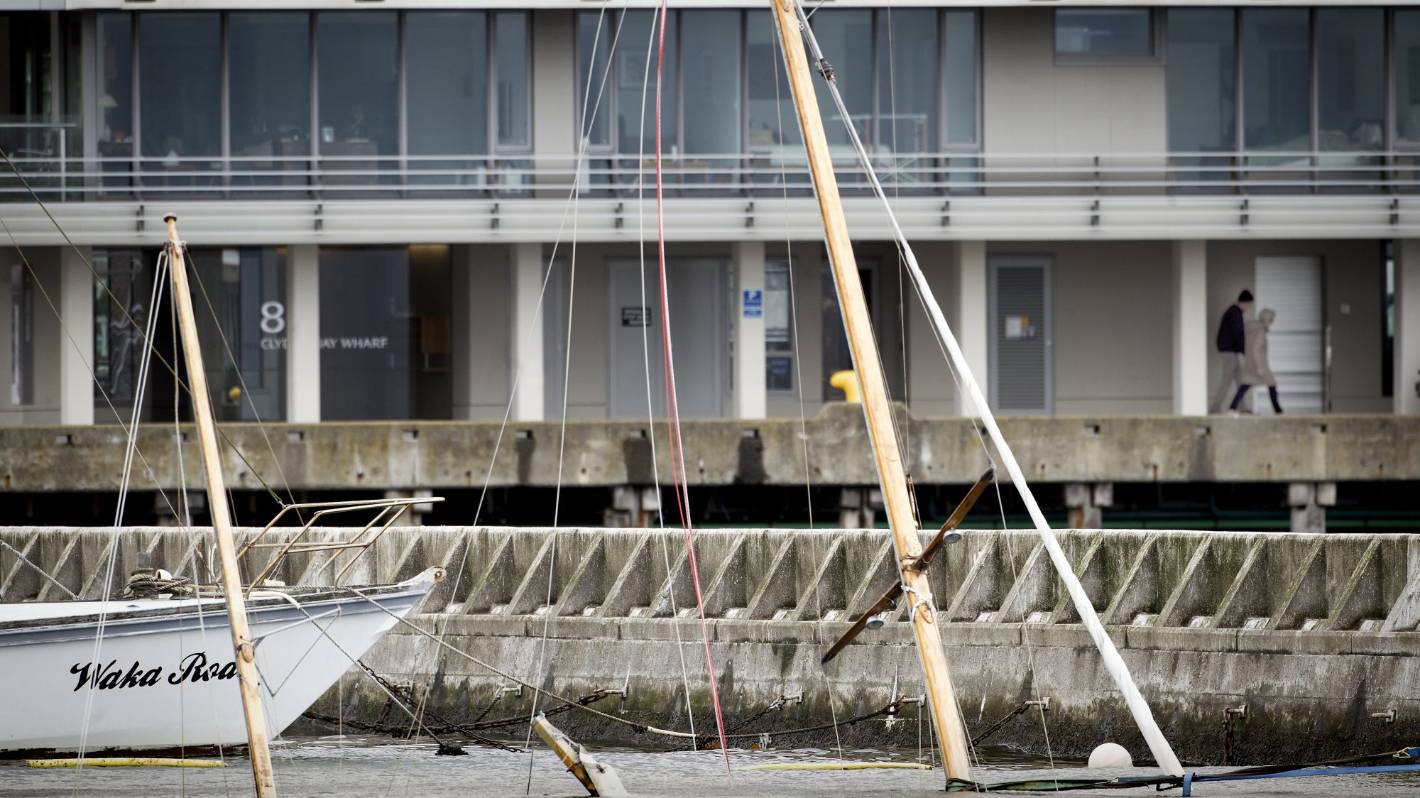 The 1953 ketch was barely visible in the water after its sinking. Pictured on May 4. Photo Dominion Post.

A much-loved postwar ketch that was restored and brought to New Zealand has sunk to the bottom of Wellington’s Clyde Quay marina.

Just the pole masts of the 37 foot (11.2m) ketch are visible above the water, as the owners plan its salvage. The harbour has been beset by strong rain in recent days but it’s understood the sailboat sank on April 28.

The Aunt Emma – named after the original owner’s favourite aunt — was formerly owned by Nick Kraayvanger, who previously told the Dominion Post of bringing the ketch to New Zealand from Rhode Island, New England.

“I had had an obsession with flush deck ketches after reading all about Irving Johnson’s ocean adventures in National Geographic as a 6-year-old boy,” Kraayvanger said  in 2013.

He discovered the Aunt Emma on eBay in 2006. “I knew I wanted her, but she was too expensive.” When the price dropped to US$16,000 he bought the yacht, travelling with his wife and children to fetch it.

Read the full story and see more pictures of the boat at stuff.co.nz.