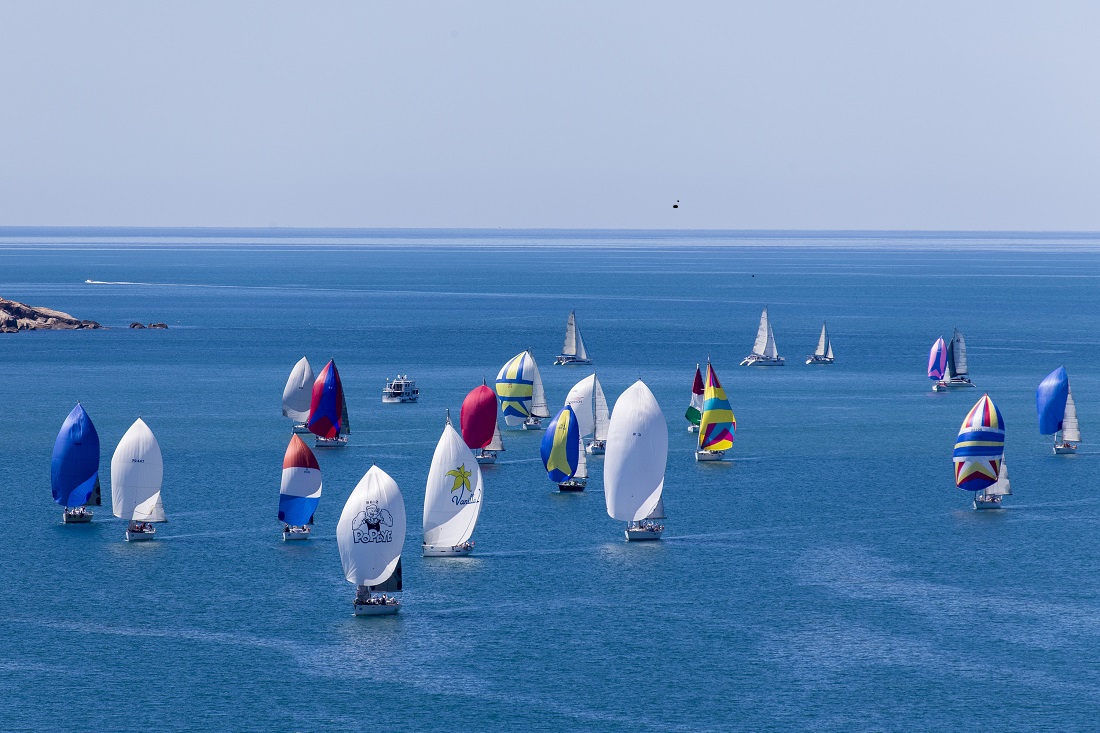 No sooner were entries open than entries flooded in for Australia’s favourite regatta, SeaLink Magnetic Island Race Week (SMIRW), and days later, all 80 berths were filled for the Townsville Yacht Club hosted event to be held from 2-8 September, 2021.

“We knew people were itching to go sailing and travel again, but we were nevertheless amazed when numbers reached 35 on the day entries opened. Ten days later there were 70 and that quickly escalated to 80,”  Event Chairman, Mike Steel said.

“Entries are still coming in and we’re putting them on a reserve list. If any accepted entries can’t make it, we will advise those on the reserve list. TYC would like to create a separate Sports Boat division, so is offering dry storage to any still looking to enter.

Steel added, “We at Townsville Yacht Club are of course overjoyed to see such interest and to see a number of boats coming for the first time.”

Among the IRC Racing ‘newbies’ are top-drawer yachts in Gordon Ketelbey’s TP52, Zen; 2013 Rolex Sydney Hobart winner, ‘Doctor Darryl’ Hodgkinson with his latest Victoire, a Carkeek 40 and Carl Crafoord’s Cookson 12, Sail Exchange. All are from NSW.

Crafoord, a renowned navigator and boat owner with four Sydney Hobart wins to his credit, won Division 2 of the Blue Water Pointscore before Christmas, the 2020/21 Ocean Pointscore and currently leads the Summer of Sailing series at the CYCA in Sydney.

“I’m doing Pittwater to Coffs Harbour race, the Brisbane Gladstone and then my family (wife Bettina and son Ben) is going to cruise the Great Barrier Reef before Sail Exchange heads to Airlie Beach Race Week. The icing on the cake will be Magnetic Island Race Week,” Crafoord said.

“I’ve never been to Magnetic Island. Bettina desperately wants to go. She’s heard so much about it and what it offers. She booked our accommodation at Peppers on Friday.

“I can’t wait to see the Island and race  there. We will be there to win – and to have fun ashore. I’ve heard a lot about it.”

“She’s back again with much the same mix of avid Sydney male and female racers,” says Pearson of Highly Sprung. “We’re keen to get back to Maggie’s warm waters and fantastic natural beauty.”

Multihulls are part and parcel of Race Week, as are Sports Boats, Trailable, Non Spinnaker and the most popular class of all SeaLink Spinnaker class, which tops the board with 58 entries, including many from the host club.

More on these classes in coming months. Across the board, entries represent  NSW, Victoria, Queensland, Tasmania and South Australia

And while racing is the focus, competitors also make the most of basking in the relaxed social atmosphere SeaLink Magnetic Island Race Week offers. Peppers Blue on Blue’s accommodation, marina, restaurant, bars, and stage area for the prizegiving and celebrations are a stone’s throw from the ferry terminal and a five minute motor to the start line. It just does not get any better.

“We are pleased to have Peppers Blue on Blue as our exclusive accommodation partner again in 2021,” Steel commented.

Magnetic Island is well named, as both sailors and tourists are attracted to this pretty and friendly part of Far North Queensland. The Island is a pleasurable half hour SeaLink ferry ride from Townsville, with whale spotting thrown in free of charge.

All information on SeaLink Magnetic Island Race Week at:  www.magneticislandraceweek.com.au/