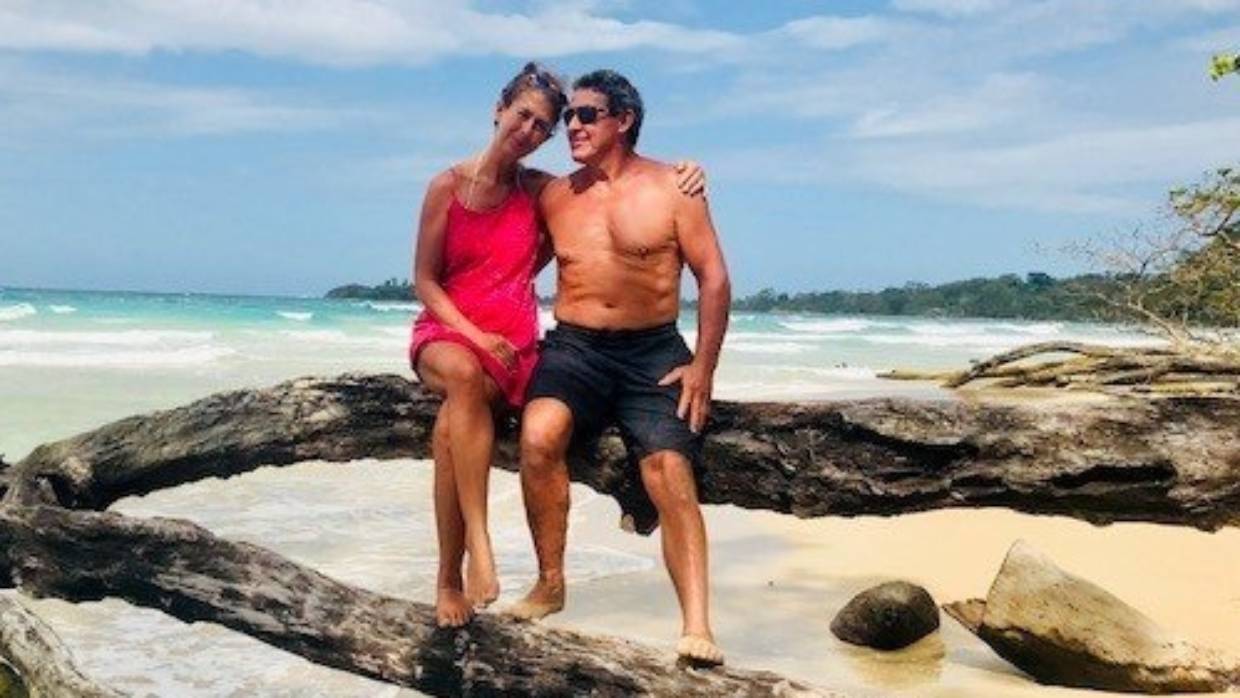 Alan Culverwell died in Panama while defending his family from armed robbers who boarded their yacht. He is pictured here with his wife

The family of a New Zealand man killed when armed robbers attacked their yacht in Panama are “traumatised” and “heartbroken” by his death, the man's sister says.

Local news outlet El Siglo reported a group of “hooded individuals” boarded his vessel about 2am on May 2 (local time).

The family awoke to noise, which Alan got up to investigate. He was then shot by the attackers.

Alan's sister says his wife managed to “force them [the pirates] out” before locking the rest of the family in the cabin. Despite sustaining a machete wound in the attack, she managed to call a friend in New Zealand who orchestrated the rescue.