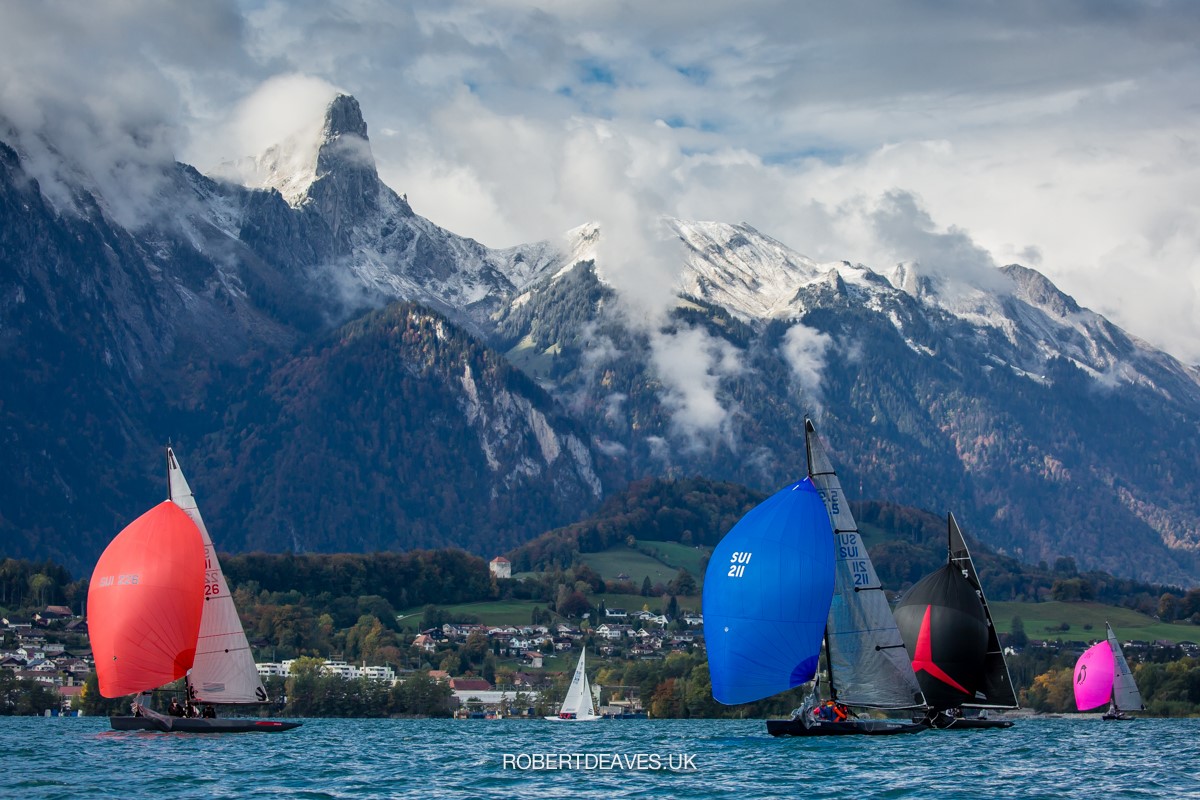 In January the International 5.5 Metre Class Association announced the intention to publish a definitive history of the class.

It is being researched and written by Mikkel Thommessen and Matti Muoniovaara. It will be the first definitive history of the class after more than seven decades.

Mikkel is a well-known Norwegian writer, mainly for the Norwegian Seilmagasinet, and owned and sailed the 5.5 Metre ‘Vinnia’ from 1988 to 1995. Matti has been involved with the 5.5 Metre class since 1988, is one of the most active sailors in the classics and currently sails, ‘Scatoulitsa 4’. He has a huge in-depth knowledge and archive about the class that has been collected over many years.

With the work already well underway, they are looking for additional materials and especially photographs from the early years, photos from historic events, pre-1980 and anecdotes tied to sailors, designers and builders most welcome.

Mikkel says, “We are trying to make the book as lively as possible. Facts are important, but good stories will lighten up the book. We already have some, but we are looking for more interesting stories of people’s experiences in the class.”

Anyone with photos or material that can be used should please contact Mikkel on mikkel@seilmagasinet.no.

History
The 5.5 Metre class was born after World War II, designed as a cheaper option than the 6-metre for sailing in the Olympics, as well as a modern up-to-date keel boat. The story begins much earlier, in around 1900, when all principal rating rule formulas were developed.

The book we will tell how this small keelboat developed to one of the finest ever handcrafted wooden sail racing boats until the end of the 1960s. In 1970 the boat was modernised with a separate rudder to make it as modern as possible.

The book will tell the development of the finest wooden sailboats, the 1970s modern cold moulded hulls and finally GRP construction through the 1980s. It will also include the story of the Scandinavian Gold Cup, which was first raced for by the 5.5 Metres in 1953, the Olympic yachting era from 1952-68 and all the World Championship sailed since 1961 to the present.

Sponsors
The book is being financed by sponsors and donations. If you would like to help, please see more information at: https://5.5class.org/category-blog/20-2020-news/258-new-book-of-the-history-of-the-international-5-5-metre