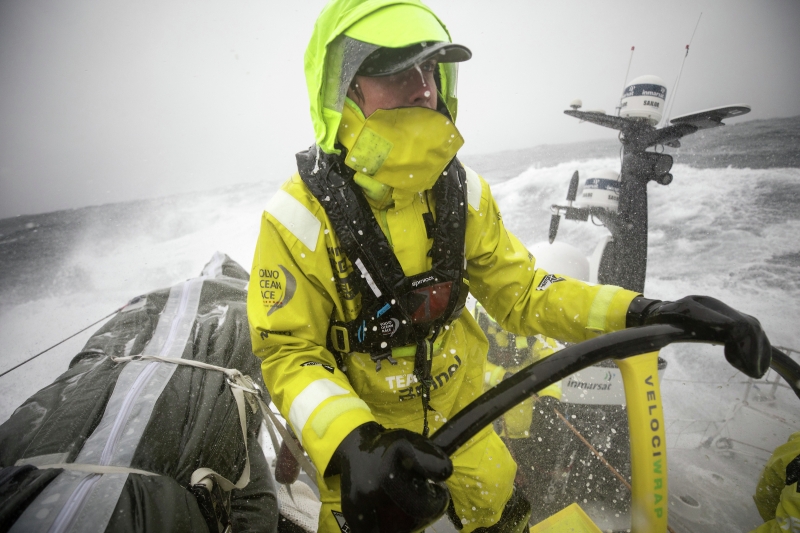 Peter Burling helming Team Brunel in the North Atlantic during the 2017-18 edition of The Ocean Race. Photo Sam Greenfield/Volvo AB.

Awarded annually to an individual who has made an indelible contribution to the world of sailing, previous recipients include Torben Grael, Sir Ben Ainslie, Stan Honey, Santiago Lange, Grant Dalton and Carolijn Brouwer.

Peter Burling from Tauranga, New Zealand is by far the youngest winner of the prize. Despite his young age (29) Burling has an impressive CV with an Olympic gold and silver medal and nine World Championship titles to his name.

“It’s a great honor to be acknowledged by the Mange Olsson Memorial Foundation for this award. Unfortunately, I never had the opportunity to meet Magnus but his epic race in Ericssonc 3 in the 2008-09 edition of the Ocean Race definitely inspired my Round the World path,” says Burling.

As a leader, Burling continues to demonstrate his ability to skipper and manage successful world class teams in the sport of sailing. He was the 35th America's Cup champion helmsman with Emirates Team New Zealand in 2017 and watch captain and helmsman with Team Brunel in the 2017–18 edition of the Ocean Race, finishing third overall. He was named Male World Sailor of the Year at the Rolex World Sailor of the Year Awards in 2017. Burling and his 49er partner Blair Tuke also won the award in 2015 and were finalists in both 2014 and again in 2016.

As well as their accomplishments on the water in 2019 Burling and Tuke founded marine conservation charity Live Ocean which has a focus on restoration and protection of New Zealand’s ocean. The charity does this by accelerating and amplifying world-class marine science, innovation and public education.

2021 is shaping up to be another big year for Burling who is currently preparing to defend the America’s Cup on home waters in March with teammates Emirates Team New Zealand, quickly followed by the launch of his NZ SailGP team in April, and the Tokyo Olympics in August 2021.