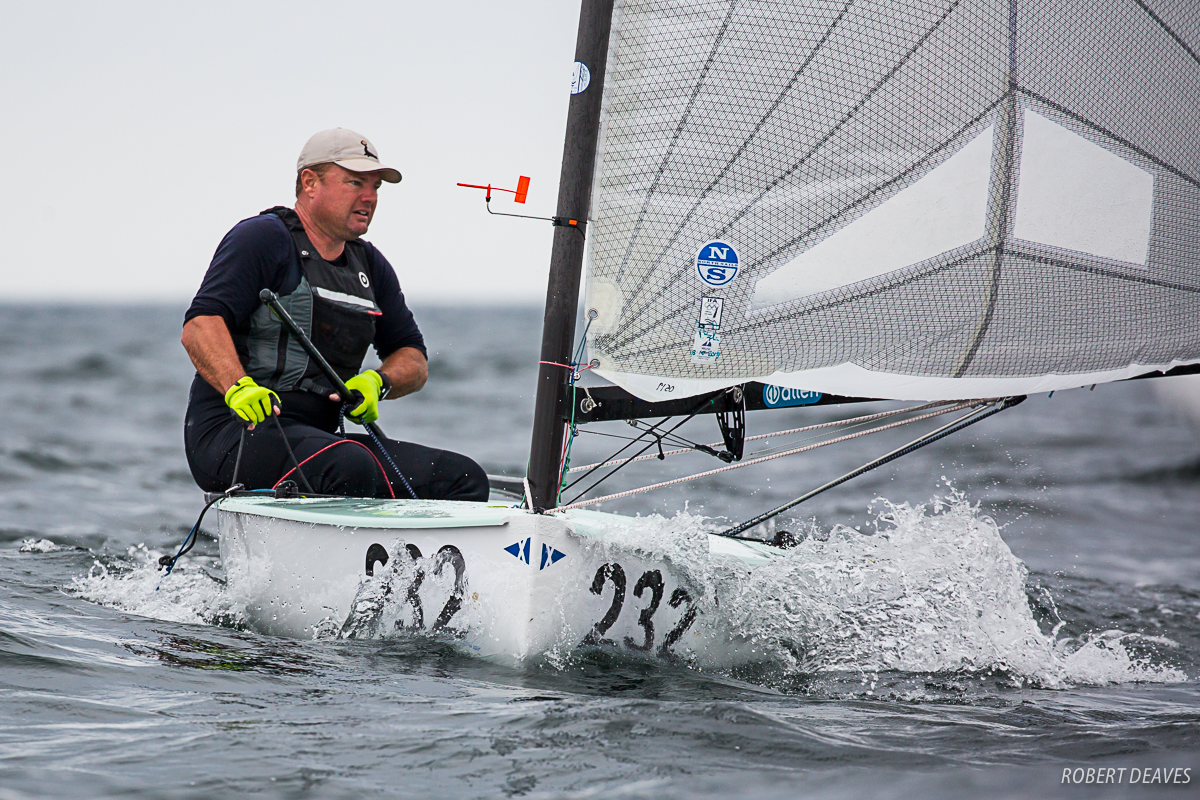 Krutskikh picked up two wins on Day 2 to lead the 246-boat fleet, from 28 nations. At his first Masters, Anthony Nossiter, from Australia, is second, while Laurent Hay, from France, is third.

You need patience and plenty of it in sailing, and after losing the final group race on Monday in an unstable wind, the first fleet race on Tuesday was the catch-up race for Blue group.

Despite forecasts of strong wind, the fleet waited afloat for more than two hours in sweltering sunshine and almost zero wind before finally getting the race underway. When the wind finally arrived from Sweden, it built quickly to more than 12 knots.

The fleet got away first time, though nine boats were disqualified with a UFD. Krutskikh led at the top and extended on the fleet for a comfortable win as the breeze built to 15-16 knots, though it was still very shifty. He rounded ahead of Filipe Silva, from Portugal and Uli Breuer, from Germany, and they finished in that order.

As they crossed the finish, the rest of the fleet arrived on the race course, which had been moved a long way offshore to find some breeze.

Krutskikh was fastest to the top mark in Yellow group in Race 3, to lead round and win his second race of the day, this time from Taras Havrysh, from Ukraine, and Christoph Christen, from Switzerland.

Blue group was a battle between old adversaries, Nossiter and Mike Maier, from Czech Republic. Nossiter rounded the top mark in the lead, with Maier in the chasing pack. Up the second beat Maier applied pressure but Nossiter remembered what to do and stayed ahead to take the win. Maier took second with Felix Denikaev in third.

After three Olympics, Anthony Nossiter is sailing in his first Finn World Masters.

“We had a great race today in the last race, the Big Czech and myself. It felt like a time warp back to 2007 in the America’s Cup when we used to train together. But it was good fun out there and the wind was all over the place. It was nice to use your instincts and get it right for a change.”

‘I feel old myself, but relatively; there are a lot of legends out there sailing around and it’s impressive to see. The Finn is still very strong, I must say.”

Jan Willem Kok, from The Netherlands, is sailing his fifth Masters.

“We sailed the Finn like it should be sailed, this afternoon. It was nice.”

One race is scheduled for Wednesday at 14.00 with the Annual Masters Meeting in the morning, with the 2021 venues to be decided among other matters. Racing continues in Skovshoved until Friday.

Full results can be found here