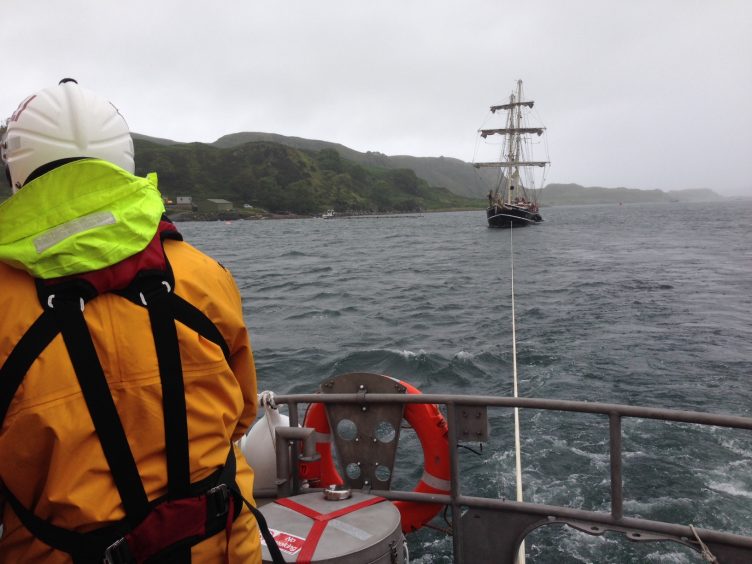 The Aberdeen Press and Journal. By Ann Mack

An accidental mistake by a passenger caused a 102ft tall ship to be towed by Oban lifeboat yesterday morning.

The brigantine square rigger, Lady of Avenel, had difficulties with its engine in the Sound of Kerrera, off the popular west Highland town. The sailing ship had 17 people on board when the incident happened just after 7.40am.

Stefan Fritz, owner of the Lady of Avenel, said the tall ship had arrived back from taking passengers on a wild swimming trip. “We had dropped anchor, but unknown to us one of our guests accidentally pulled the engine stop,” he said. “While we tried to find the problem, we contacted the coastguard who sent the lifeboat at Oban for assistance. They initially set up a tow, but then we managed to get the engine going and arrived at Oban pier under our own steam.

“I would like to congratulate both the Oban RNLI crew and the coastguard at Stornoway for the professional way they came to our assistance.”