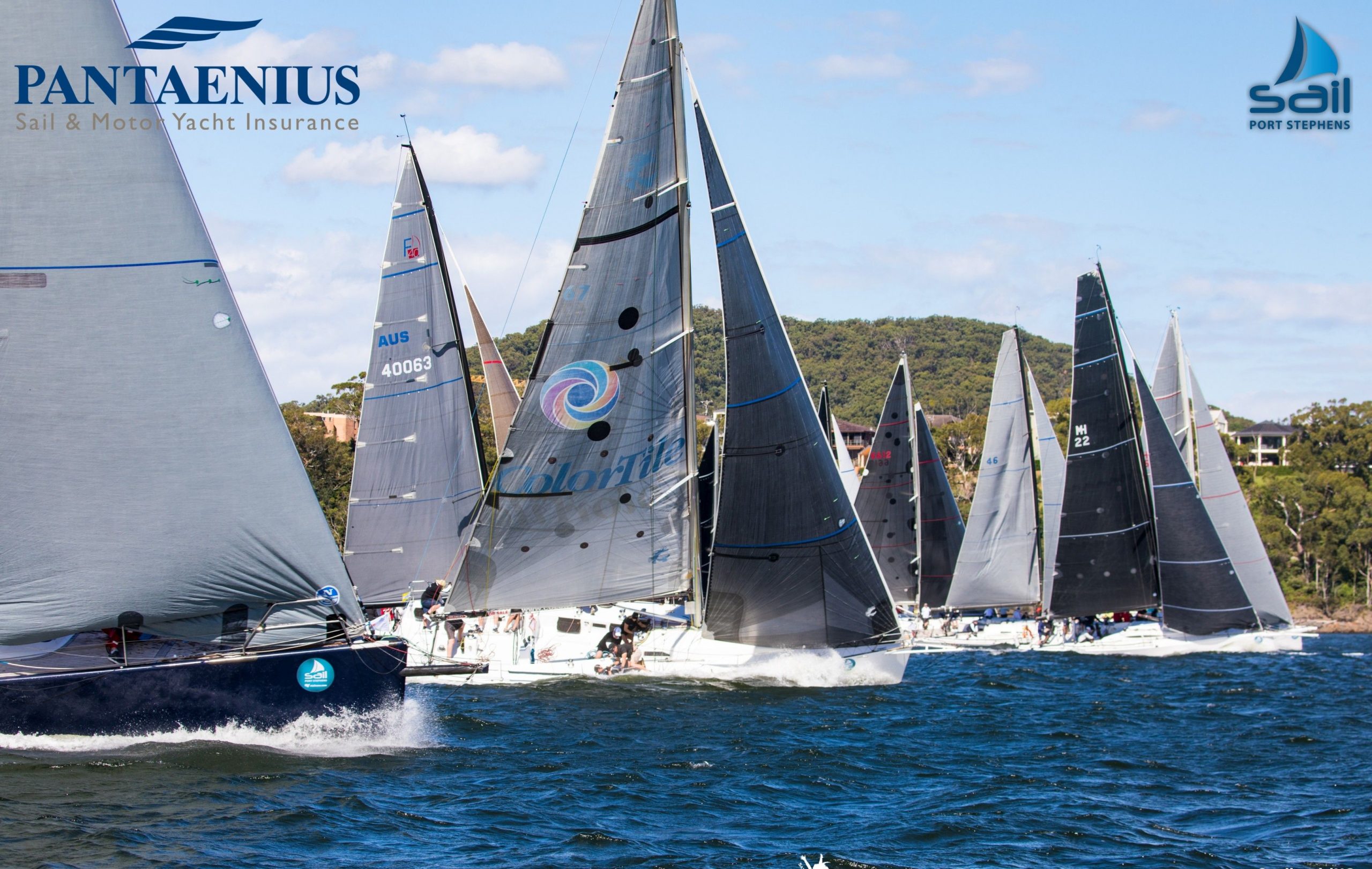 The Pantaenius Port Stephens Trophy, the second half of Sail Port Stephens will kick off today with a fleet of 130 boats in a westerly breeze starting at 15 knots, set to ease all day.

The majority of the fleet is heading offshore, with the Flagstaff Performance Cruising and Racing divisions starting off Nelson Bay breakwall at midday for Course 4A and 4B. They’ll swing around the islands, dip into Fingal Bay then head for home. The IRC and Performance Racing fleets will do windward leewards north of Cabbage Tree Island and inshore, the Sports Boat NSW Championship, and Performance Racing Division 2 will be racing in Salamander Bay, with a fleet of 50-odd off-the-beach Finns, Sabots and Windsurfers joining in from tomorrow.

“Sail Port Stephens has been proudly sponsored by Pantaenius Sail & Motor Yacht Insurance for seven years and would not be the success it is today without the generosity, enthusiasm and loyal support of Pantaenius. Michaela and Jamie capture the essence of Sail Port Stephens. They are fun, energetic, enthusiastic, generous team players with strong customer service being the core of their business and ours,” said Jennifer Hughes, Regatta Director.

The Bannisters Port Stephens Commodores Cup wrapped up on Wednesday with a brilliant evening of fun at the Cheeky Dog featuring Scott McCrae’s Sons of Beaches. Competitors were exceptionally keen to let their hair down after a big day on the water.

“Sunny with winds 7 to 15 knots becoming light in the late afternoon” was how the official forecasters described Wednesday’s weather for the final day of racing. At least they were right about the sunshine…