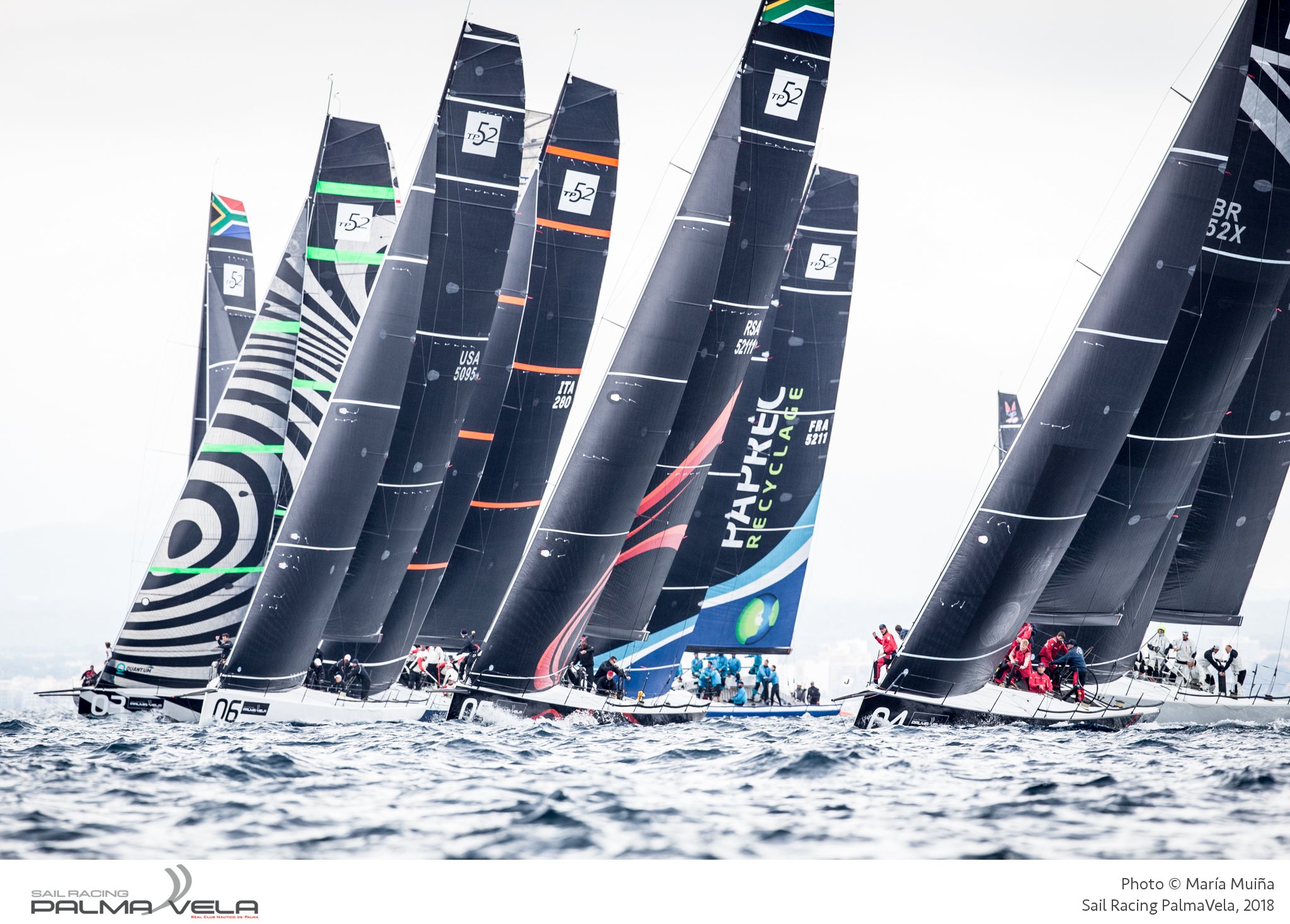 In IRC and ORC4, the top two boats are tied on points going into the final day. The TP52s, Wally, ORC 2 and ORC 3 classes have only one point separating the leaders from second. And after a couple of days of light rain the weather forecasters might even be promising some sunshine for Sunday.

A thrilling showdown is expected in the TP52’s where Azzurra’s lead has shrunk to just one point going into the final day. Her crew were caught on the wrong side of a big shift on the first beat of the first of today’s two races and consequently rounded the first top mark in ninth place.

The regatta leaders could only recover to score eighth, the race won by Takashi Okura’s Sled, with America’s Cup winner, Ray Davies, as tactician.

In the second race, fleet newcomer Hasso Plattner and his team lead by Ed Baird won their first race on Plattner’s new Phoenix, despite being over the start line early – their second such transgression this event.

Harm Muller-Spreer’s Platoon recovered to second, so overhauls Quantum Racing in the overall standings. The world champions are second overall going into the final day, one point ahead of Quantum Racing and one poised one point behind Azzurra. Best scoring boat for the day was Sled’s 1,3.

Sled’s Ray Davies said: “It was a good day for the team. The boat’s going really well and the trimmers really are dialled in very nicely. Adam Beashel (strategist) was really good on the weather calls and got us on the right side of the course and we started well.

“Those three things combined nicely and we focused on keeping ourselves out of trouble.

“It was a very shifty day. There were lots of snakes and fortunately we were going up the ladders when the finish came. Mr Okura is very happy, he is steering well and he has a very nice feel for the boat and is very, very calm.”

After eight races for the Melges 40 class, debuting as a class at their first big multiclass regattas, Richard Goransson’s Inga from Sweden holds a slender two point lead going into the Sunday showdown.

Owner-driver Goransson, who previously successfully raced a Melges 32, said: “We have set up a really calm, quiet boat and in the first and second races we were fast and focused and had out trim really sorted out.

“On the first day we were really fast then I think the other teams looked at our rig settings and came back. It did not seem we had the same edge yesterday.

“It is team sport, and with nine people, we are pretty short-handed on these boats. Everyone has to do their job, so there is a lot of choreography to make the manoeuvres work.”

Hendrik Brandis Earlybird remains in control of the ClubSwan 50 fleet after following their strategy for the day of sailing solid, simple and safely in order, looking for high average results.

That they did in the seven boat fleet to lead by six points going into the final day. They are favoured to retain the PalmaVela title they won here last year when the class made its world regatta debut. Morton Kielland’s Mathilde lies second, British Olympian calling tactics to earn 1,1,3 today.

“Once the rain cleared we had great racing in 10-12 knots. We got two wins which represents a fantastic effort from our whole team.

“We were fighting for every inch around the course and that is what made the difference. It is tough fleet and we are having great racing,” Mathilde’s Leigh McMillan said.

The three Wally Centos took all the top positions today, led by Galateia. After their second place today it is Magic Blue, the Wally 80, leading the new Tango by only one point.

Racing concludes Sunday with starts at midday for all classes. Windward-leeward races are planned for all but the Classics.