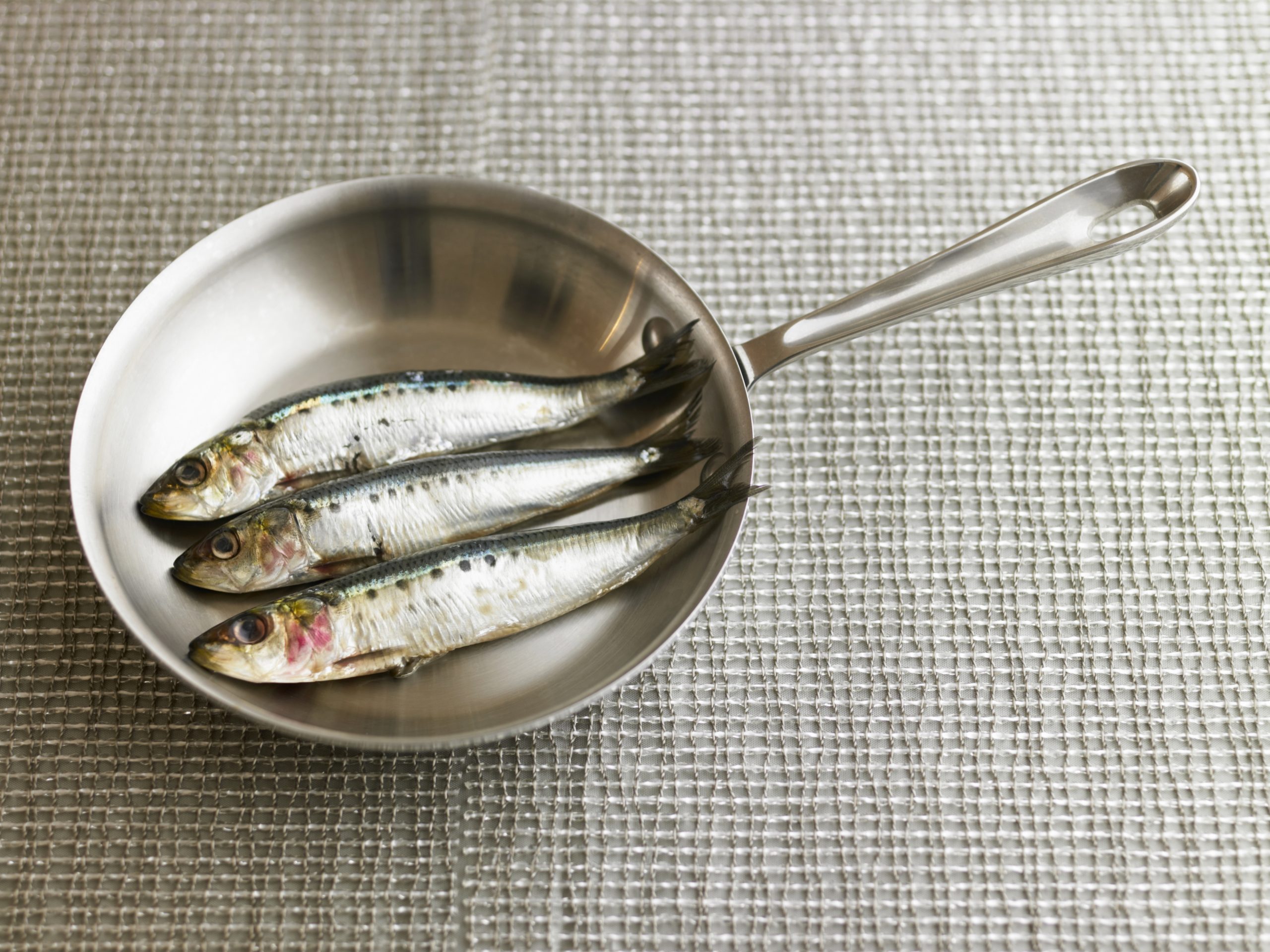 Well over thirty years ago, my soon wife-to-be Janet seemed slightly shocked by my lack of hygiene level when she first came aboard my boat in Gosport, UK. After feeding her a great British B&E breakfast, I then washed up: in saltwater and just wiping out my frying pan with paper towel.

I saw a certain look on her face: surely she must know that you must never wash a good frying pan out, everyone knows that!

It particularly hurt as I had spent some time stowing gear, such as liveaboard bits like a small television, fan heater etc. Then cleaning the boat, washing off the decks, cleaning slightly down below while making her ready for sea.

This frypan was not at all special by today’s standards. Quite cheap, made from aluminium with a bit of tumblehome and a lid to keep the contents in; it had not bounced out or spilt much from my twin burner stove. Even during two Atlantics.

It fitted beautifully into my fids/pan clamps on the stove. It worked okay.

Unlike my whistling kettle, which still had a dent in it from hitting me on the bonce once during a gale. Maybe it was the fact that this perfect implement was rather blackened by carbon deposits from my Taylors paraffin stove’s occasional flare ups.

Janet thought at the time, apparently: “he’s just another bloke”; i.e. single, working man living on his own! Eating out in restaurants and pubs; or Indian, fish and chips, or Chinese etc. often doing a takeaway. Occasionally cooking an unhealthy fried meal.

No, no, that was not me! But actually, she wasn’t that far off the mark.

Good galley implements that work well are hard to find on any vessel. On my 22 footer I only carried four. The workhorse was that pan!

Plus, a large pressure cooker, small saucepan and another smaller frying pan. This was all I could stow in such limited space.

The kettle lived on the hob. Everything was light and cheap. They worked well. Possibly that is why I took Janet’s look as such a bad critique. It certainly pierced my heart!

On our next boat, which was slightly larger; she bought all the galley gear. It was superb. Still only four pans, however only one frying pan!

All still light and cheap. Plus we had been given a fifth, a rather high-class stainless steel pressure cooker from my sister.

Our next yacht also had a proper sea toilet, which I was ordered to remove, surprisingly. She felt that ‘bucket and chuck it’ was more hygienic after plenty of offshore sailing on the smaller boat.

Once again, I do not think she was wrong there either! ≈