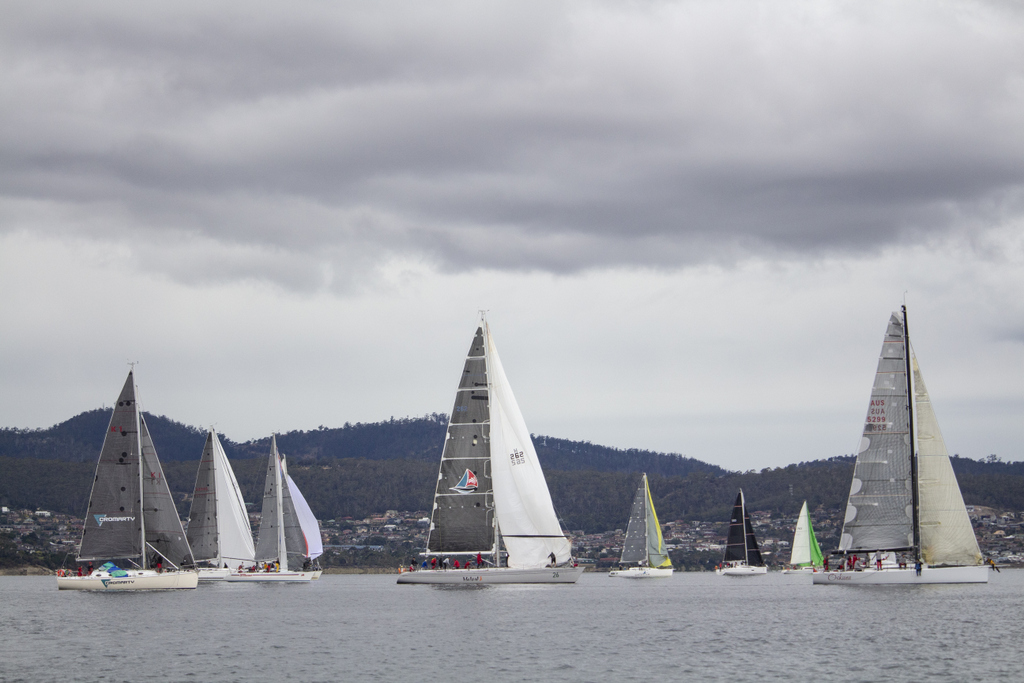 Oskana, formerly known as Victoire, finished on the wind in a light north-westerly breeze after surfing at 15 knots, and more, up the Tasman Sea coastline of the elongated island south of Hobart.

After a frustratingly slow start in the River Derwent yesterday morning, Oskana finally gained the lead as the 19-boat fleet beat to windward down the D’Entrecasteaux Channel.

Rounding Cape Bruny late this afternoon for the final leg up South Bruny’s rugged coastline, the fleet had to battle strong south-westerly winds gusting to 30 knots.

From the Friars, Oskana dashed away from her nearest rivals and the main fleet as she freed sheets and hoisted her massive Code 0 running sail.

As she crossed the line, Oskana was 7 nautical miles ahead of Gary Smith’s Bakewell-White 45, The Fork in the Road, with the veteran ocean racer Helsal II, skippered by David Stephenson, just over two miles astern. Then came Filepro (Tim Gadsby) and Shaun Tiedemann’s Philosopher.

Overall results will hinge on the winds overnight, but as Oskana finished, Philosopher was, according to the satellite tracker, holding unofficial first place on both IRC and AMS scoring. The Australian IRC champion yachts, which won the IRC division of the Bruny Race last year, has sailed an excellent race to be fifth in fleet with 18 nautical miles to sail.

As Oskana finished this evening, the last boat in the fleet, Duncan and Dave McGill’s Mishief had just round the southern capes of Bruny Isand with 38 nautical miles to sail.