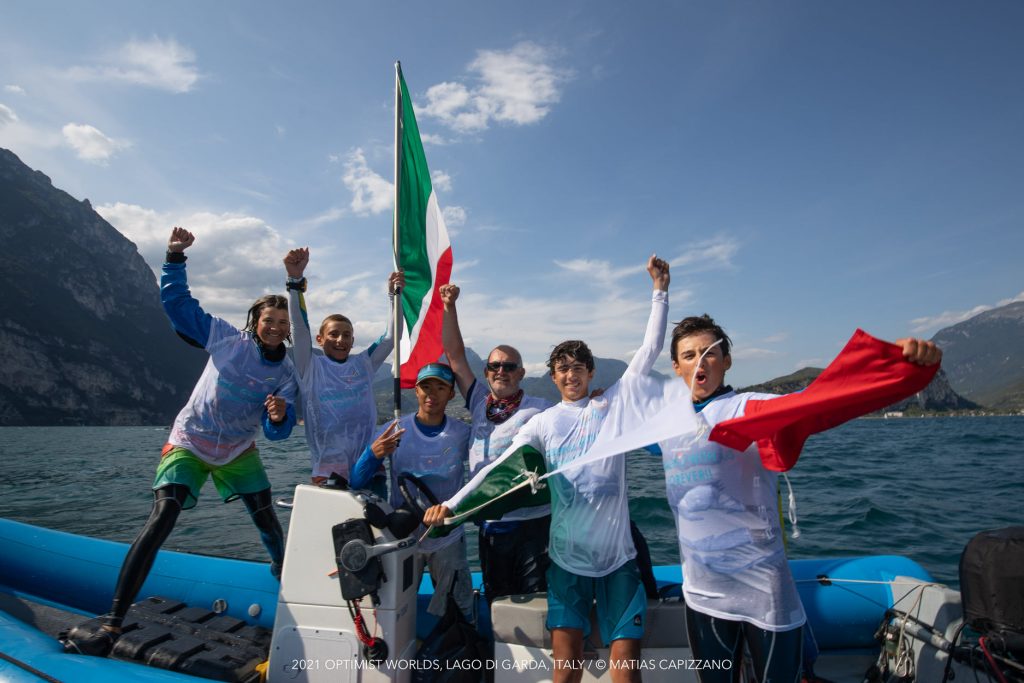 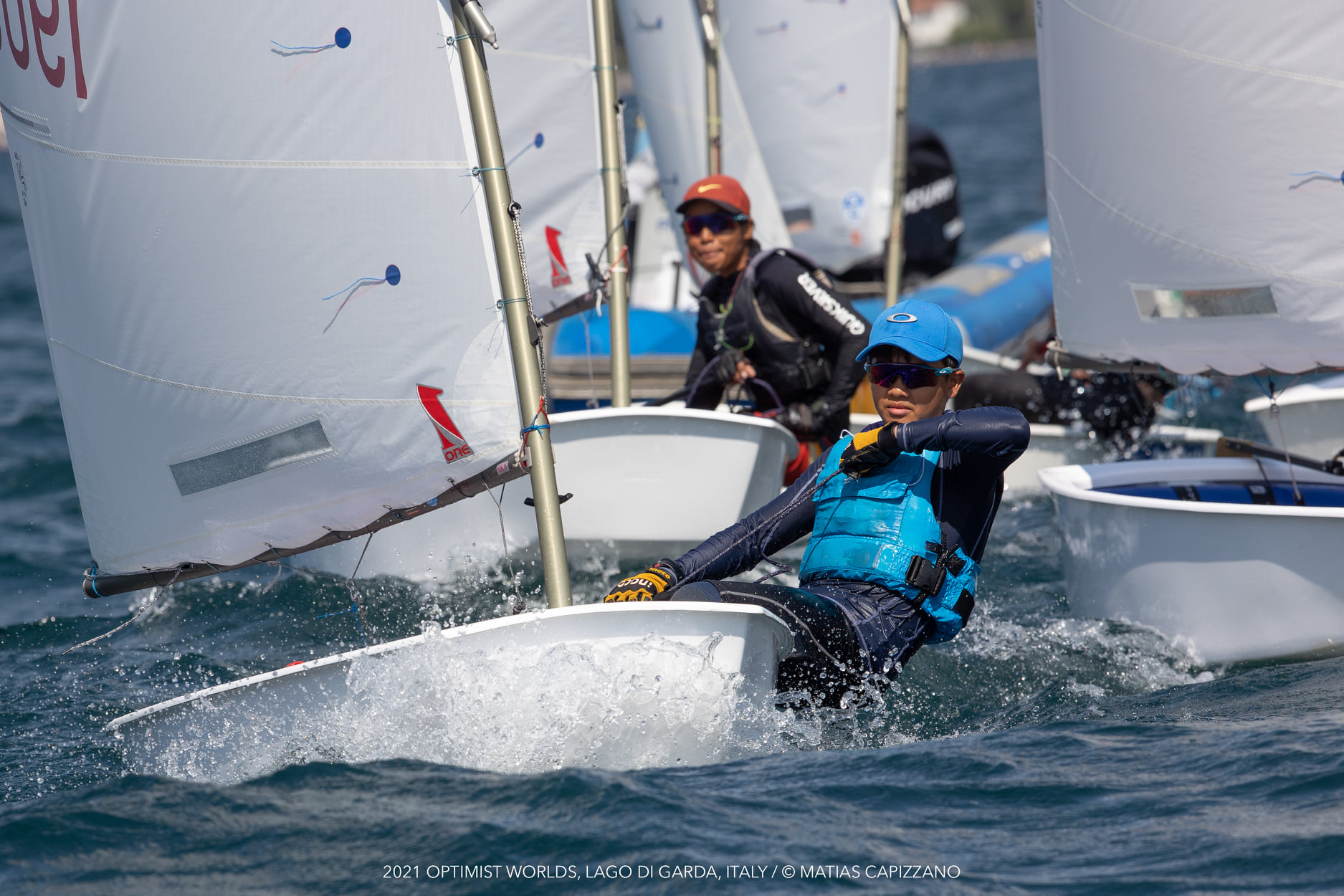 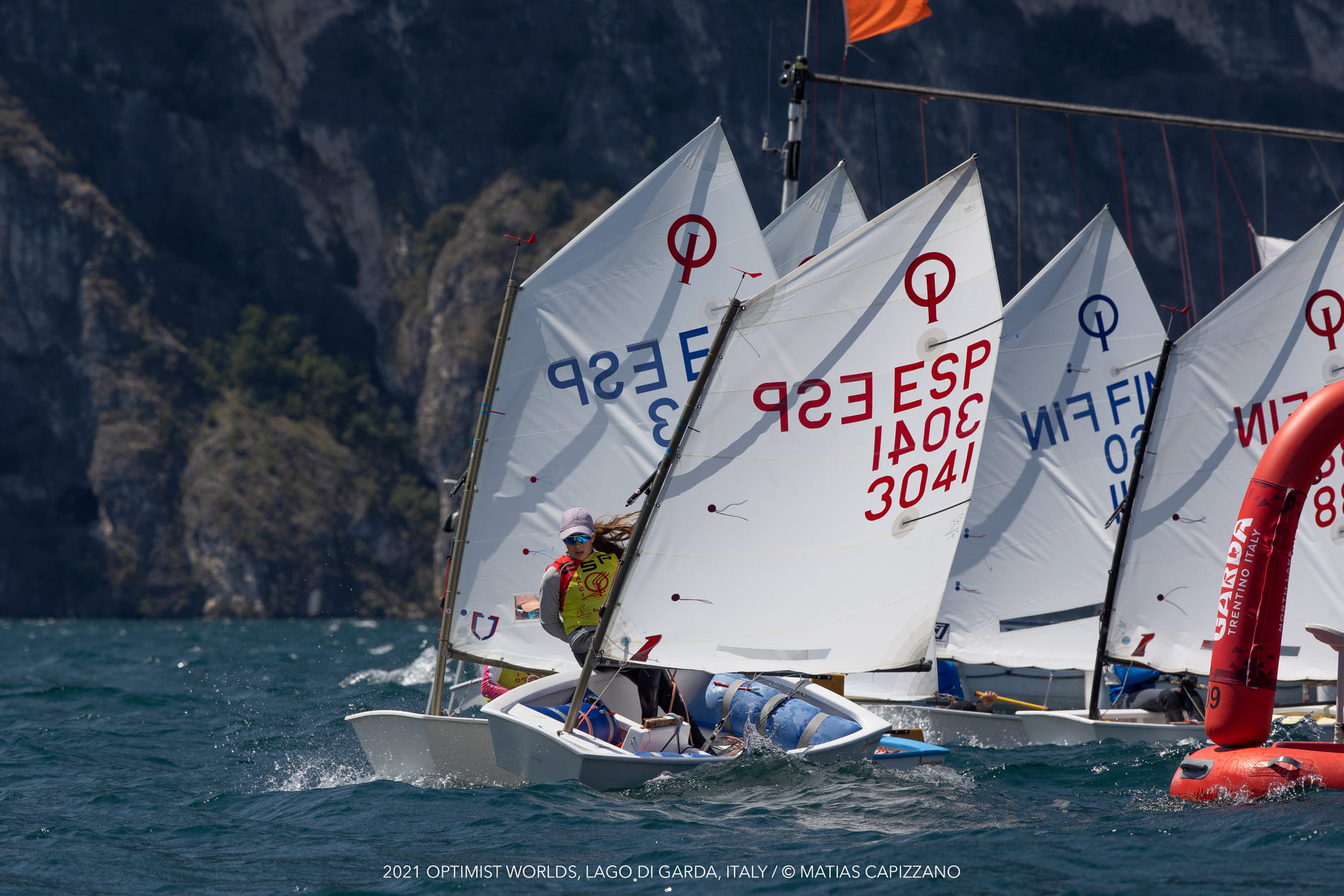 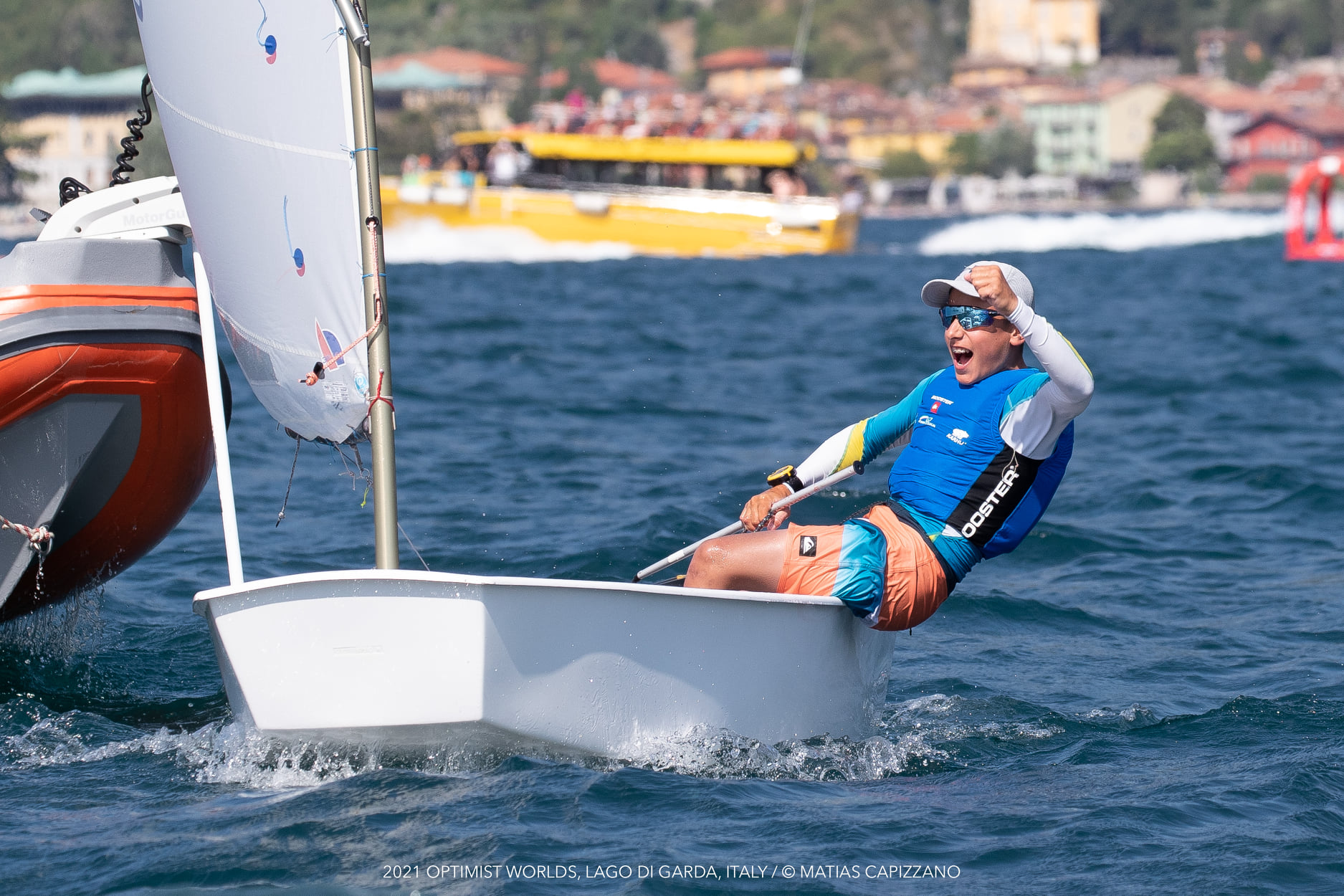 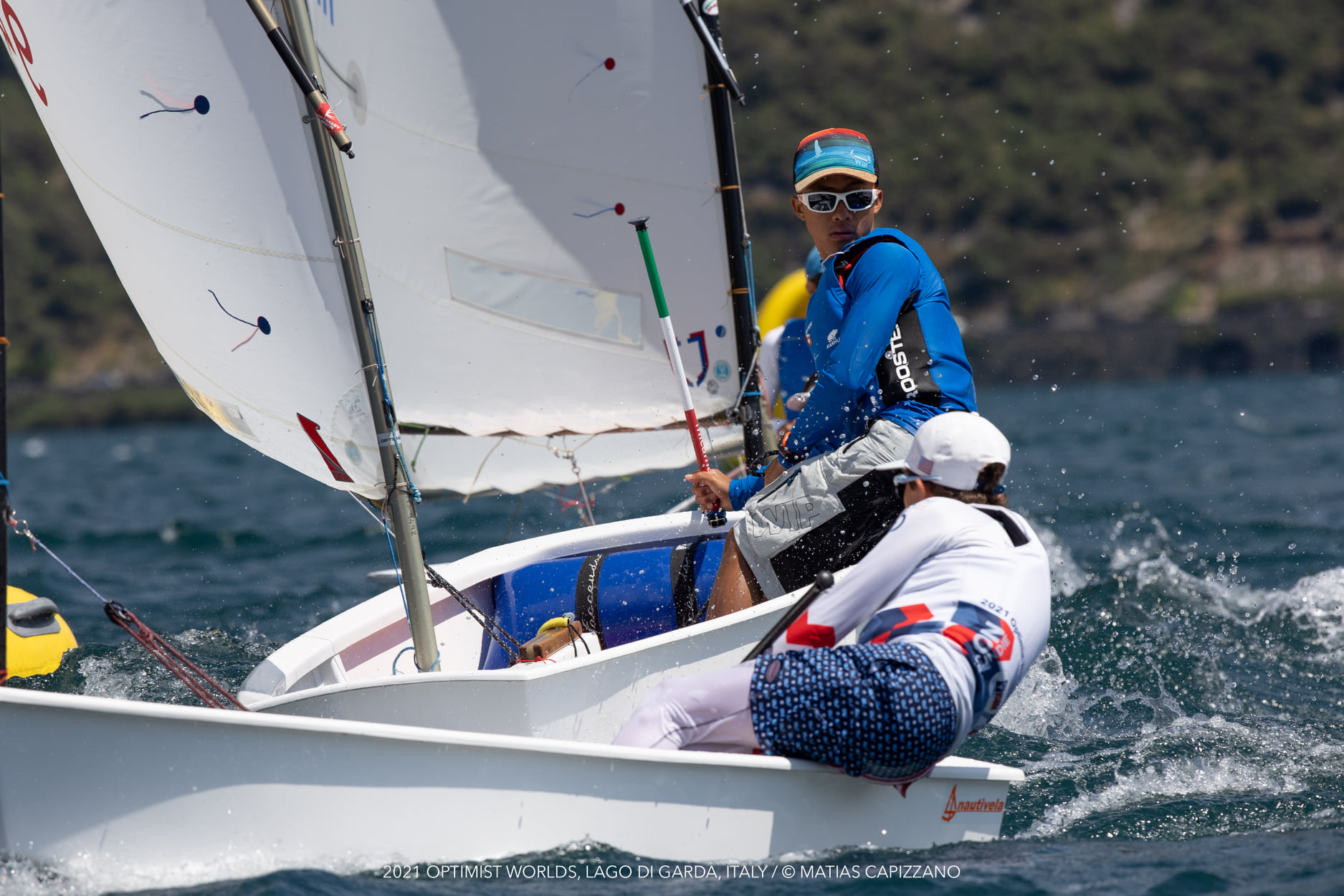 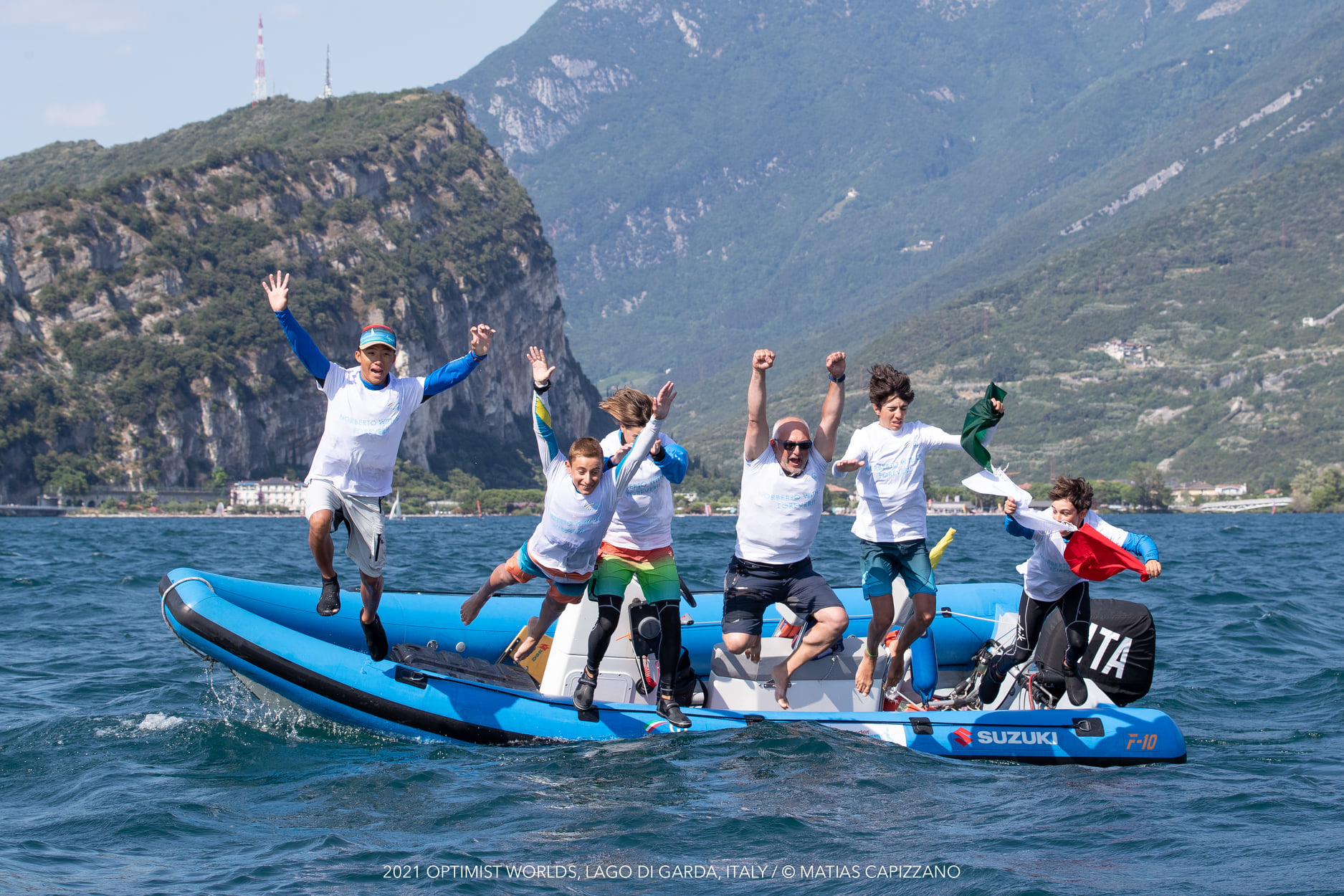 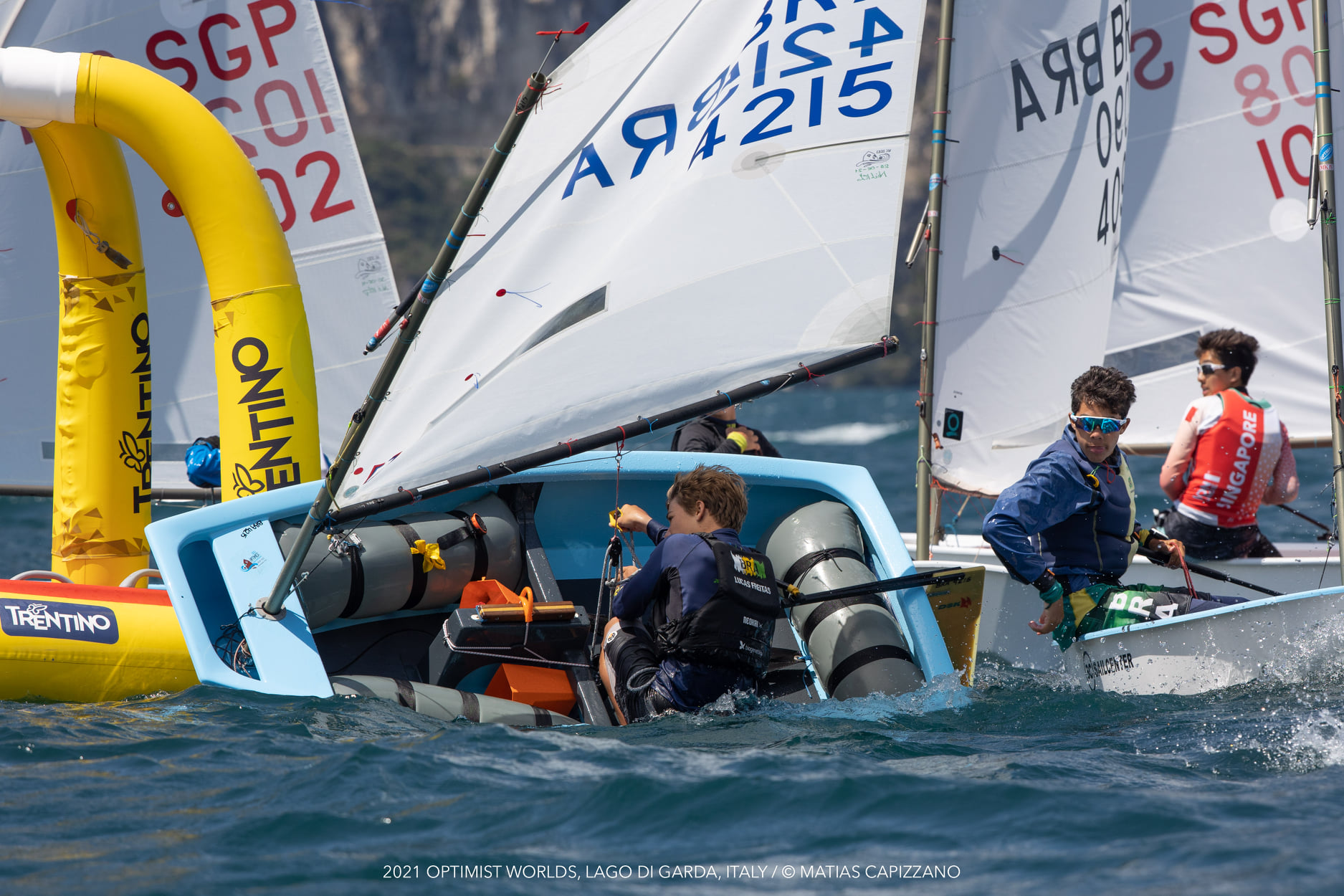 Riva del Garda, Italy: After two days of racing and over one hundred races completed by the 48 registered teams, the Italian team made up of Quan Adriano Cardi, Alessandro Cirinei, Alex Demurtas, Lorenzo Ghirotti and Lisa Vucetti won the Team Racing World Title for the second time in a row.

The Thai team, considered as the favourites, were beaten 2-0 in the final. Bronze medal for Portugal, which in the previous round had eliminated the USA.

Walter Cavallucci, the Secretary General of the Italian Optimist Class Association said, “Great sporting result for our team, but what I want to highlight is also the human part of this victory. The team race is a discipline in which each member of the team must know how to put the interest of the group in front of their own result. The Italian team have been very good at finding their synergy in such a short time and bringing home such an important result. We have always invested in teams racing and we want to continue in this direction “.

Marcello Meringolo, coach of the Italian team, commented: “It was a great satisfaction to put the seal on this world championship event. The boys were very good and never gave up, even in difficult moments. Bringing the title back home after the victory in Antigua in 2019 it is an even greater satisfaction.”

This concludes the parenthesis of Team Racing at the 2021 Optimist World Championship, which tomorrow will resume operations with the individual World Championship, where the Thailand’s Weka Bhanuband controls the ranking after three days of qualification, followed by the Brazilian Alex Di Francesco Kuhl and the Italian Alex Demurtas.