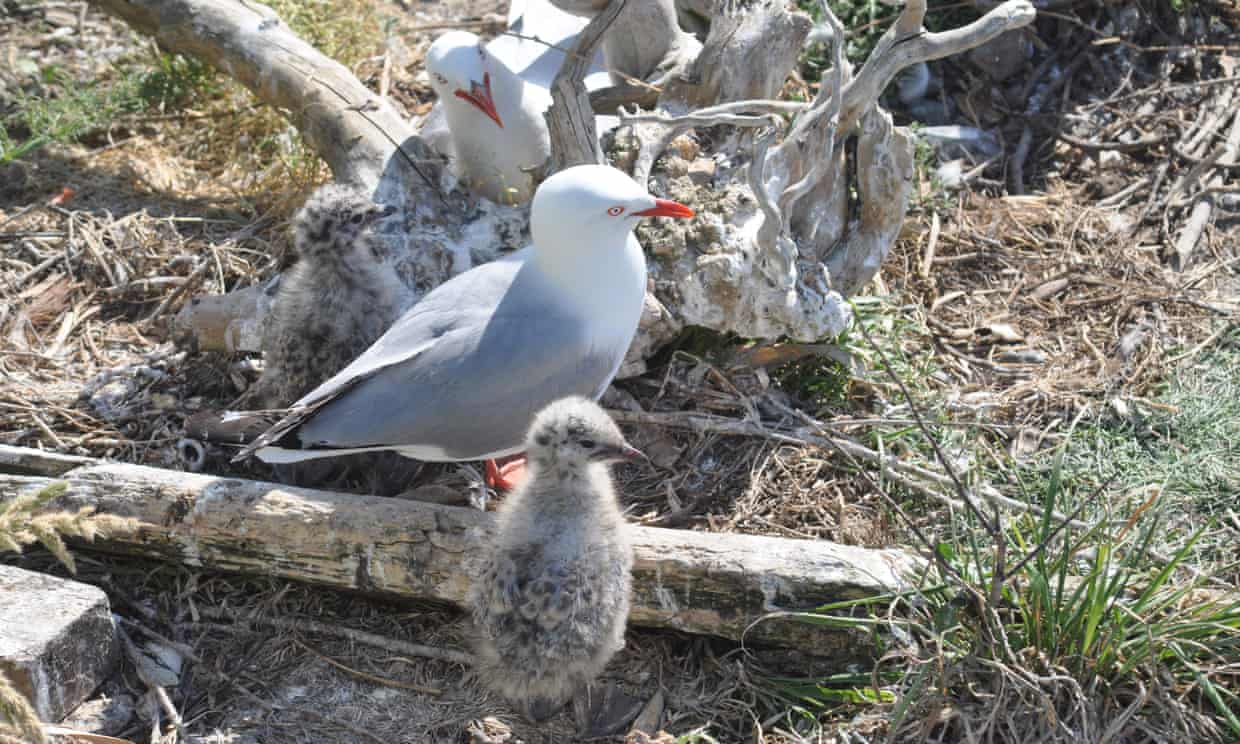 The building of infrastructure for the America’s Cup has forced the relocation of 1,000 at-risk seagulls in Auckland, in what is believed to be New Zealand’s largest mass relocation of a bird colony.

The project saw the colony of red-billed gulls moved from a space on Auckland’s waterfront that has been earmarked for a ferry terminal to be built for the sailing race, which will be held in the city in 2021.

Squawking, chip-stealing seagulls are under threat in New Zealand, with some colonies experiencing “unbelievable declines”, and others disappearing altogether over the past few decades.

Despite seeming to be in abundance because of their noisy antics and attraction to urban and inhabited environments, experts say the birds are severely at risk, with just 27,800 breeding pairs of red-billed gulls left nationwide, and the main offshore breeding colonies suffering population plummets of 80% to 100% since the mid-1960s.

Experts described the mass relocation of the gulls as “a bit of a gamble” and made them “uncomfortable”.

A team from Auckland council identified a new colony site 150m away from the bird’s previous home, and made the new site as attractive as possible.
Read the full story at The Guardian.