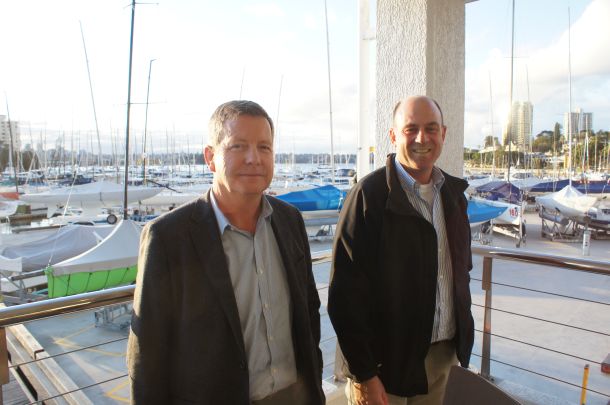 The Australian Sport Commission runs annual performance reviews on the sports it provides funding too. The raison d’etre is to ensure its funding goes to sports that deliver the goods.

Out of the six rankings, from A to F, sailing last rated a 'D', No one likes getting a D.

Such a low categorisation meant that, as of next financial year, sailing would lose 63% of its general funding from the sports commission. Remember, this is not the funding to get our elilte men and women to the Olympics – that comes from sponsors and a totally separate AIS grant. This is funding to assist state associations, clubs and yacht classes to develop the sport through participation and training. This is a disastrous consequence of not taking action to address the inbuilt inefficiencies in the Yachting Australia network.

First mentioned in a previous mysailing article, the first step the new President of YA, Matt Allen and his CEO, Matt Carroll, undertook was to wipe out the doubling up inefficiencies of the current federalist-style of sport management around Australia. Deep research by Ernst and Young pinpointed five immediate actions that would reduce the inefficiency by 30 per cent that would also make a 15% positive change to how clubs and classes were serviced by the state organisations.

The beauty of it is, the average sailor will note no change as to how they deal with the respective YA state. But the state YAs themselves will find massive difference in their work duties.

In an exclusive mysailing interview with both Allen and Carroll, they laid out the path before the YA organisation and how it will free up its delivery of services to the community.

The need to move now is imperative for two reasons. While the drastic funding cut is not slated until start of next financial year, the ASC can cut the funding anytime it thinks a sport is not doing enough. Secondly, the state YAs (MYAs) and the YA will be meeting on August 1 at its Federated Assembly to vote for the change. For it to work properly the national body wants all state and territories to vote in favour.

Matt Allen has been YA Australia President for nearly two years now and this process has been discussed and worked on from the start of his commission, “we need to be more dynamic as a sport organisation and we need the dollars to go further.” A long history of making businesses work Matt well knew what he was getting into when he put his hand up for the presidency.

Looking for the first time upon the federalist style of management within the organisation he said “frankly, I found exactly what I expected to find.” Nine different bodies, each preparing a separate set of accounts that the federal body then had to collate and present to the ASC. Add to that nine different insurance policies, nine different websites, nine different government regulation controls … the list went on.

When the ASC did its survey this year they found the sport delivered on a lot of positive markers, such as participation numbers, efforts to increase and maintain numbers, gender diversity and others. But the 'back of house' inefficiencies meant that a lot of government funding was being wasted in duplication. For example, CEO Carroll noted that, collectively, the turnover of the YA and the state associations is currently a $9 million dollar business; quite a small enterprise on the Australian business scene, yet it has more directors on boards than it does staff, “we ticked the box in governance of our sport, but not in efficiency,” Carroll notes.

Given those imperatives of loss of funding and wasteful duplication the national body instigated 'One sailing – a case for change'. In the yards and launching ramps of yacht clubs everywhere this 'change' will not be felt. But its impact will be immediate and long-lasting.

As President Allen noted “for the way YAs around the country are set up we are a lean organisation, but the systems and the structure are inefficient.

“Sorry for being a banker but we need to ensure the dollar from the sailor is used most efficiently.”

Once the proposal is agreed by all states the search will be on for an accounting package and other programs designed to give YA the ability to take all those administrative tasks off the MYAs and free its staff to provide better service to its stakeholders: sailors.

Naturally, not only will the staff be better utilised, more funds should also begin to flow. “State YAs can outsource their duties but they cannot outsource their responsibilities, One Sailing will allow them to take better control,” says Allen.

Carroll also noted that a more central administrative structure will provide further benefits with regard to disparate organisation of events and sailing programs, “Tackers for example could now seek out national sponsorship while retaining the ability of clubs to obtain state sponsorship.”

The whole idea is not to take 'ownership' away from the MYAs but to provide greater capacity and resources to provide better services to clubs and classes.

The concern both Matts' share is that all states need to agree. If one state MYA decides not to join then the entire sport of sailing may be in jeopardy to losing funding from the government. Both men have been travelling the country talking with the MYA personnel and club commodores answering all concerns and explaining the proposal. The response has been good but they want all sailors to know what is at stake. “Sailing has to compete in the Australian sports market for participants, talent and investment,” says Carroll.

“It's a tough market, so we need to be organised to be able to perform and deliver.”

If you feel the need to put forward your thoughts then they urge you to contact your state or territory association president or executive officer. You can read the full report at the Yachting Australia website.