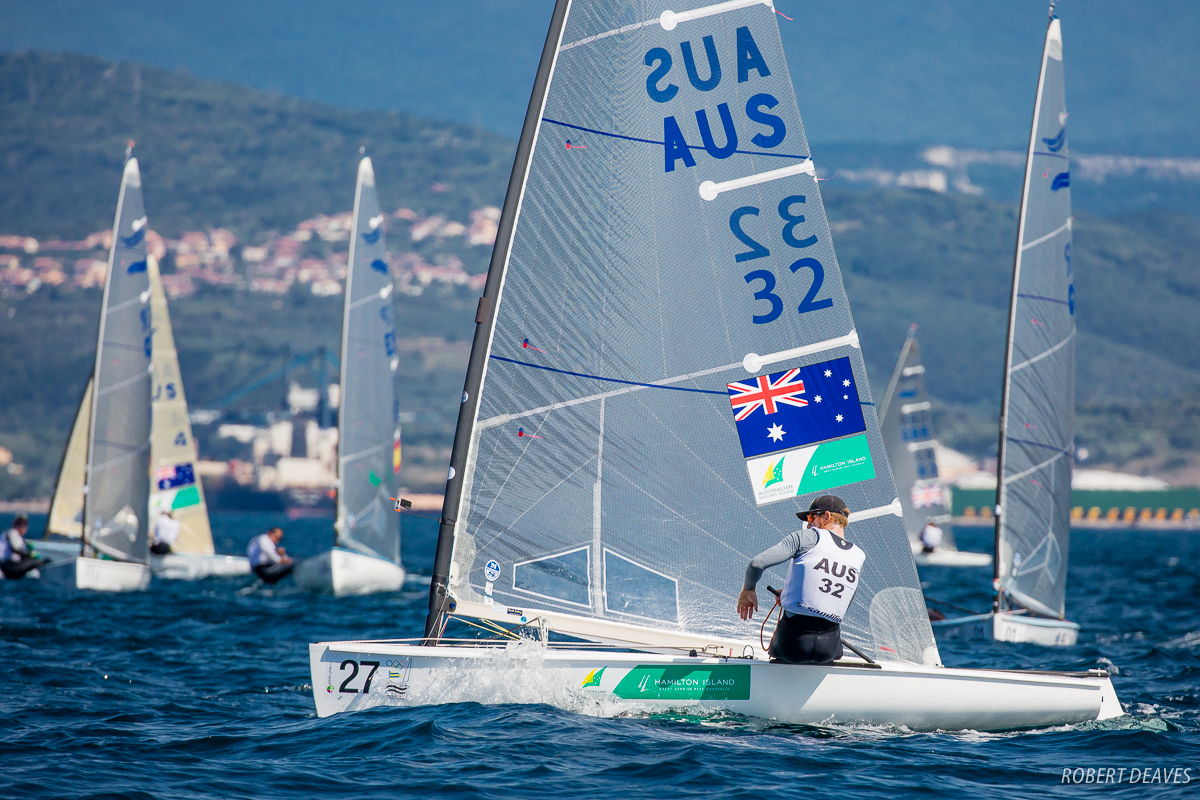 Only one race was managed at the U23 Finn World Championship, for the Finn Silver Cup, in Koper, Slovenia, after another day of shifting winds and demanding conditions. Former champion, Ondrej Teply, maintained his overall lead, but a second race win from defending champion Oskari Muhonen narrowed the lead to three points. Nils Theuninck remained in third.

The day began with a long wait on shore. The north-easterly Bora had weakened but was still prevalent further out in the bay, and a sea breeze was expected, so the sailors were held on shore until it had become established. However it never quite developed as expected and, soon after Race 3 was started around 15.00, holes and patches started to develop. The race ran its course, with most of the leading pack holding on to their positions. The race then survived several protests before it was allowed to stand.

Can Akdurak led at the top mark, but Muhonen was not far behind, along with Teply, in the chasing pack. A few boats lost out on the downwind as the breeze started to shift and drop, but Akdurak still led at the gate. The windward mark was moved to the left on the second upwind and those who favoured the left gate moved into pressure and sailed away, while those who rounded the right gate sailed into less wind. At the second top mark Muhonen rounded with a nice lead in breeze from Teply and Jock Calvert. However, the drama was not over and the wind again dropped on the final downwind with the leaders all closing up. Muhonen just managed to maintain his lead with Teply in second. Joan Cardona squeezed past Calvert at the gate to take third.

The race committee waited for the wind to return, and even moved the course area close in under the town of Koper, where there was more wind, but the wind further up the course was not stable or strong enough to start a second race, so the fleet were sent back to the club at 17.00

Teply said his strategy was to stay low risk. “It was a long day today. We managed to do one race, which was quite OK for me. I tried to do everything with economy and not to risk so much and it paid off at the end, so I am very happy with that. Compared to the other guys I have no discard yet, and especially for the conditions we are having it’s a good start from me.”

The hope is that the breeze will return to normal on Wednesday with normal sea breezes, so the event can catch up, with a possible three races scheduled.