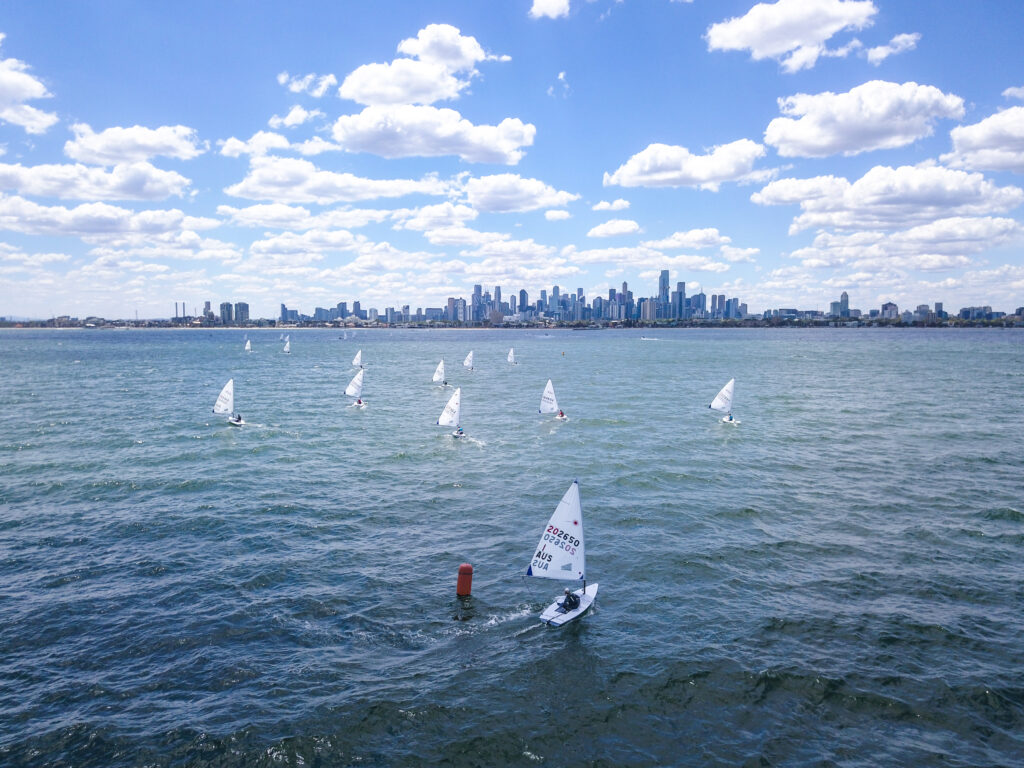 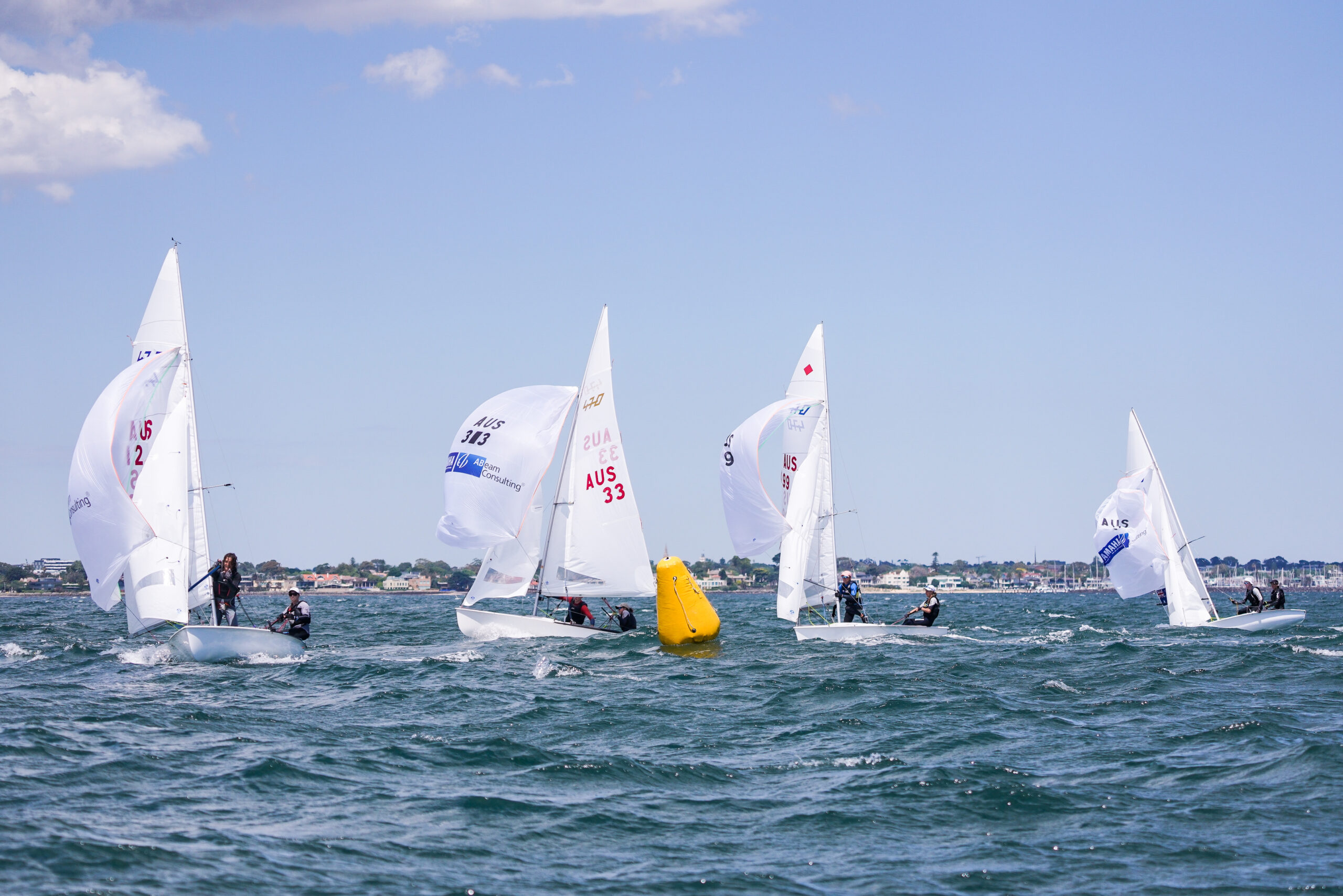 Following the event’s cancellation in 2021, sailors have flocked to Royal Brighton Yacht Club and the Royal Yacht Club of Victoria for an enthusiastic return to racing on Port Phillip.

Chris Charlwood and Amelia Catt have had a strong start to the regatta, with the Mixed 470 team clearly enjoying the unpredictable conditions on offer today.

“We always expect crazy conditions in Melbourne,” noted Catt. “It is either nuclear or no wind.”

Skipper Charlwood agreed with the sentiment. “You come here because you always leave with a hectic story”.

Melbourne produced a 32-degree day, with 20 knots of shifty easterly breeze to keep the sailors happy.

In the 49erFX class, Laura Harding and Annie Wilmott are off to a strong start with two bullets from three races. The pair are coming off the back of winning Sail Sydney but are up against some strong competition, including Tokyo Olympian Tess Lloyd.

Foiling classes feature strongly on the Sail Melbourne slate. They are closely following the make-up of the Paris 2024 Olympic schedule, which will feature the iQFoil (replacing RS:X as the Sailboard equipment) and Kite Foiling in its Olympic debut.

Grae Morris leads the iQFoiL fleet and spoke of the growth he has seen in wind foiling in the past couple of years. “There were about 5 windfoils in the country when I started 5 years ago, now there’d be roughly 50.”

There’s a strong youth presence at this year’s event, including 23 enthusiastic 29er crews who are thrilled to be back racing. This year’s Sail Melbourne again doubles as the Para Sailing National Championships, which will wrap up on Sunday.

Principal Race Officer Stephen Aulich was one of many happy to see Sail Melbourne’s triumphant return.

“It’s great to be back,” said Aulich. “Port Phillip turned it on for us today, the breeze was tricky and built throughout the day, but there were plenty of smiles on faces and that’s what it’s all about.”

Sail Melbourne marks the return to racing for several of the Australian Sailing Team’s Tokyo 2020 Olympians. Matt Wearn proved he hasn’t lost his touch, continuing the form that saw him win Gold in Tokyo with two wins from two races in his return today. Mara Stransky finished 6th at last year’s ILCA 6 World Championships, but it is Australian Sailing Squad teammate Zoe Thomson who leads the class after the first day of racing.

A key stop on the Olympic circuit, the bright coloured sails of Sail Melbourne have made a welcome return to the city skyline. Plenty of action is expected for the rest of the regatta, which will wrap up on Monday January 17.

Sail Melbourne is supported by the Victorian Government.