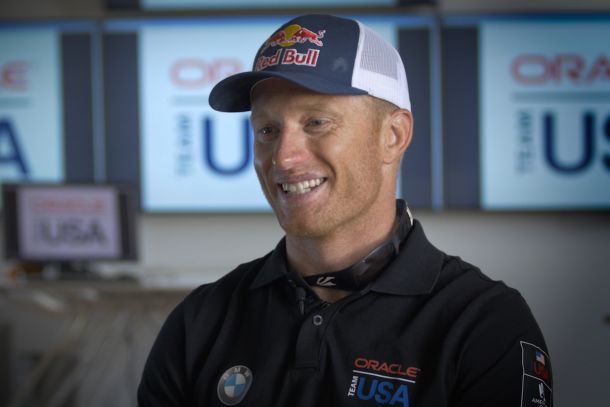 Rivalries are being stoked one week ahead of the Louis Vuitton America’s Cup World Series which begins with a Parade of Sail in front of the Waterfront and Fanzone areas in Portsmouth on Thursday July 23.

The first competition of the 35th America’s Cup will be marked by massive local support for the host team, Land Rover BAR, which is led by Ben Ainslie. This is the Olympic hero’s first opportunity to lead his team into battle in America’s Cup competition.

Ainslie has been clear in stating his goal is to bring the Cup back to Britain. “The America’s Cup started here in 1851,” Ainslie said. “We’ve had a few shots over the past 164 years but we’ve never come that close to winning. It’s important to us to get that job done now.”

But to do that, he’ll have to beat the defending champions, Jimmy Spithill and ORACLE TEAM USA – a team he helped to victory in 2013.

“Ben is a really good guy. You meet him on the shore and he’s very courteous, well mannered,” Spithill says. “On the water though, you flick a switch. He becomes very, very aggressive and he gets the results.”

While the respect is mutual, a strong determination to win runs through both men.

“I sailed with him in the last Cup and I was incredibly impressed with how he dealt with being on the back foot, never dropping his head, always believing he could win,” Ainslie said. “We want to beat ORACLE TEAM USA. No doubt they’re going to be right up there and very, very tough to beat. But we think we have a good shot at it and we’ll have a bit of home crowd advantage.”

Of course these former team mates aren’t the only sailors in the competition.

Emirates Team New Zealand has turned over its race crew to a younger generation, with Peter Burling taking the helm. The first winner of the Red Bull Youth America’s Cup is on fire with an unprecedented string of victories in the 49er class as he simultaneously campaigns for the 2016 Olympic Games.

The man he replaced, Dean Barker, didn’t sit on the sidelines for long. Barker bounced back as the CEO and skipper of SoftBank Team Japan, making its America’s Cup debut in Portsmouth.

And Groupama Team France will be flying with Franck Cammas, the French multihull veteran who has seemingly won every race, and broken every record, he has set his mind to. Will the America’s Cup be next?

Racing starts at the Louis Vuitton America’s Cup in Portsmouth with practice racing on Friday, July 24. The competition consists of four fleet races – two each on Saturday and Sunday.

The Louis Vuitton America’s Cup World Series continues in this year in Gothenburg, Sweden from August 27-30, and Bermuda from October 16-18.