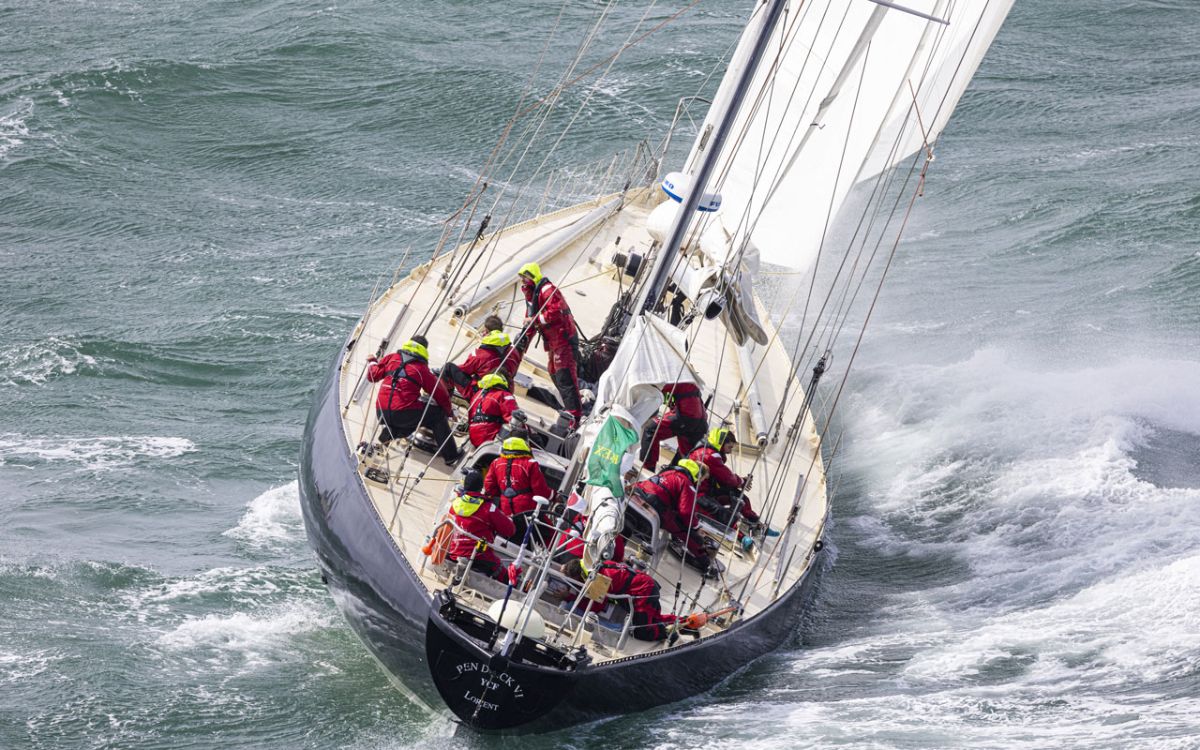 Éric Tabarly's legendary Pen-Duick VI will be back around the world for its 50th anniversary. Pic - Carlo Borlenghi

It has been nearly 30 years since ordinary sailors have been able to race around the world.

Now, many of the 24 entrants in the 2023 Ocean Globe Race are looking for amateur crews. Opportunities to race on board Eric Tabarly’s famous 1973 Whitbread entry Pen-Duick VI; or a classic Nautor Swan 65, through the Southern Ocean and around Cape Horn, are open.

Marie Tabarly has been actively sailing Pen-Duick VI for many years, as the flagship of her Elemen’Terre Project. It has become a floating think tank, a place of exchange and meeting as well as to reflect on social issues and environmental protection. Joining the Ocean Globe Race continues with this theme, and last week she opened her search for a volunteer crew.

“The decision to take part in a crewed round-the-world race, is not one to be taken lightly, but it is a beautiful tribute to Pen Duick VI and her Jubilee,” said Marie Tabarly, “With this in mind, I am inviting sailors to apply to be crew on board, as this is a lifetime opportunity I wanted to share, and a way to meet new people on this adventure.”

2022 crew training will be intense for the first selection of candidates; it includes a  programme of races in spring, including the Armen Race, Round Ireland Race, La Trinité-Cowes, Dhream Cup or Lonely Rock (Fastnet tour starting from Plymouth) and the legendary Tour of the British Isles. Marie will know who to count on by then, and final selections will be announced. To set sail with Marie on Pen Duick VI, click here! Applications close in April.

The project has sponsors to run the 2022 season, but Marie is looking for partners to complete her OGR budget! Click here to join the project and make your company part of ocean racing history!

Marco Trombetti (Co-Skipper and Team Manager) from Italy and Isabelle Andrieu (Team Coach) have entered their Swan 65, TRANSLATED 9, previously the 1977 Whitbread entry ADC Accutrac skippered by Clare Francis. They too, are looking for amateur crew and have received over 700 applications to date, from around the World.

The OGR is an amateur race, but up to 30 per cent of the crew can be professionals. Marco has selected two of the best to fill this role. Vittorio and Nico Malingri come from one of the most famous Italian families of ocean navigators and boat builders. Vittorio’s father Franco, and his uncle Doi, took part in the first edition of the Whitbread. Since then the Malingri family has had an outstanding ocean sailing and record-breaking history. Vittorio will be the co-skipper and the technical manager of Translated9, training the crew and leading the boat in the round-the-world regatta, with Nico as chief mate.

To assist with the crew selection and training in America, Marco and Isabelle have a second Swan 65 yacht based on the east coast of the USA, managed by Paul Cayard, the Whitbread and Americas Cup veteran, and Head of the US Sailing Olympic team. To send Translated 9 an application, click here.

Meanwhile, the tireless Tapio Lehtinen, who sailed in the 1981 Whitbread, the 2018 Golden Globe Race and is entered again in the 2022 Golden Globe Race, will skipper his beautiful Nautor Swan 55Galiana in the 2023 Ocean Globe Race. He leads the biggest ever Finnish fleet of four boats, around the world, since the 1989-90 Whitbread, and he has already selected his crew.

“I was fortunate enough as a 23 year-old, to embark on a life-changing adventure as a watch leader, on board Skopbank of Finland in 1981.” Tapio told us, “When Don told me about his OGR idea during the first GGR, I was in and knew I wanted to offer the same opportunity to young and spirited sailors from my country.”

Tapio (the first person to enter the OGR) had more than a hundred young Finnish sailors send him their CV’s in 2020. The 60 hopefuls, who made it to the sailing selection, were cut to 19 for the 2021 season on Galiana.  Tapio said that choosing the final twelve was heart-breaking, but Galiana now has her final crew, with the ten youngest ones averaging 24 years of age, all under his wing and supported by project managers, first mate Ville Norra and Pia Grönblom, a youth sailing promoter and registered nurse specialising in Health and Safety.

About the Ocean Globe Race:

OGR is a fully crewed, retro race, in the spirit of the 1973 Whitbread Round the World Race, marking the 50th Anniversary of the original event. Starting in Europe in September 2023, the OGR is a 27,000-mile sprint around the Globe, divided into four legs, taking in the Southern Ocean and the three great Capes.

The fleet is divided in four classes and two discretionary invitations for a total of 30 entries, making the OGR possibly the biggest fully crewed round the world race of the last 29 years. Stop-overs will include South Africa, Australia or New Zealand, and South America, before finishing back in Europe in April 2024.