Twenty-nine boats competed in the first round of the NSW State Championship. Pic - Michael Chittenden 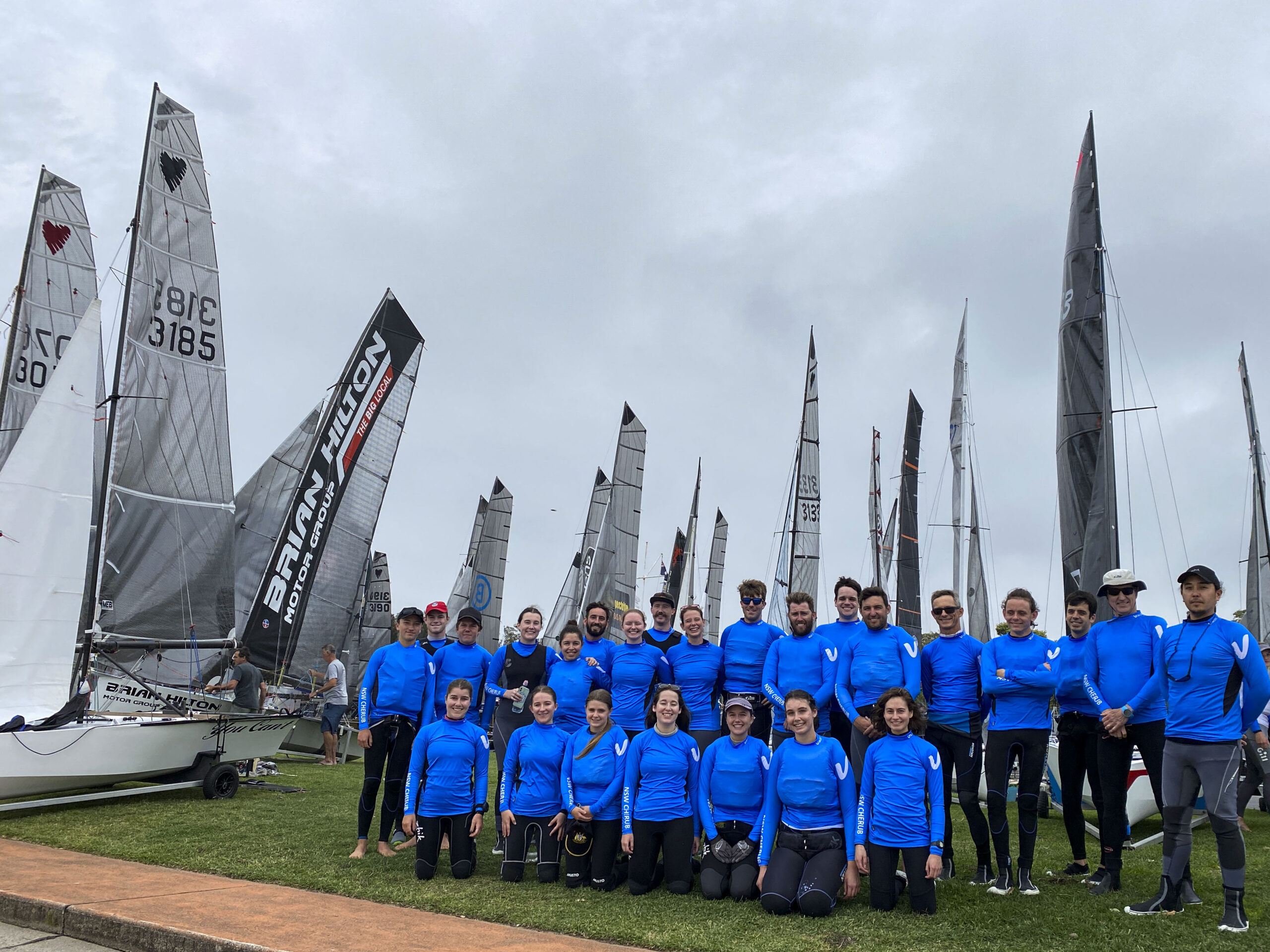 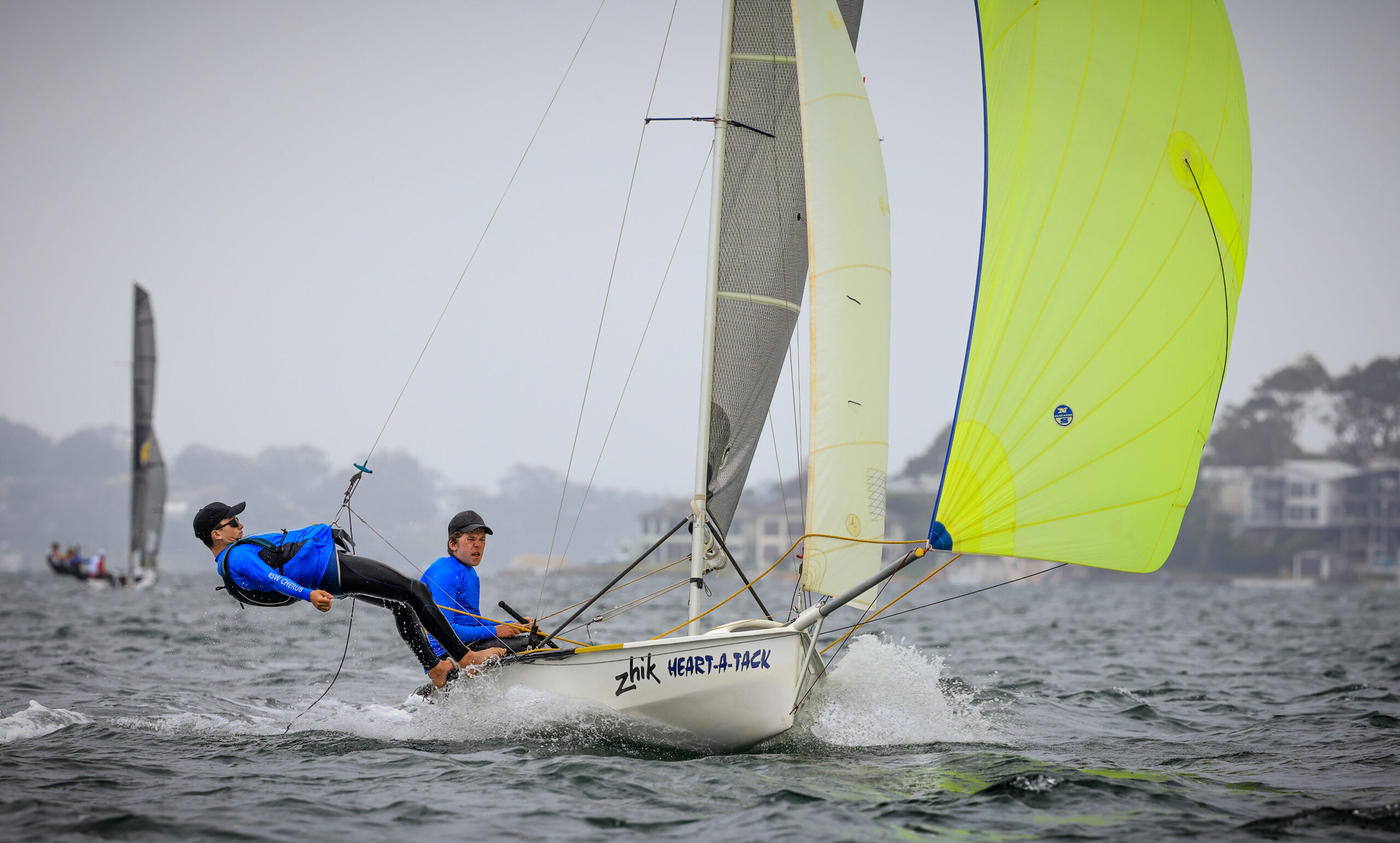 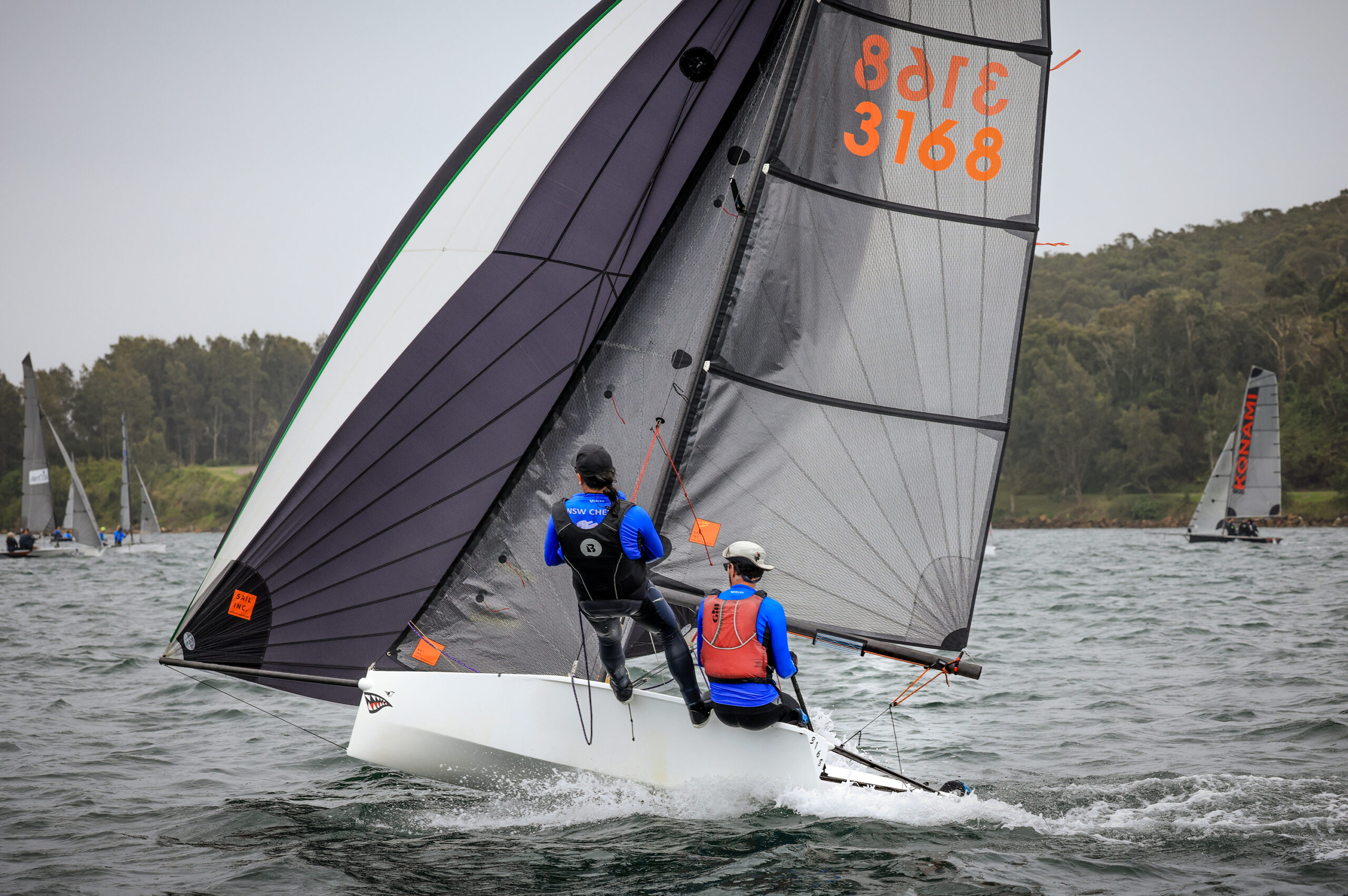 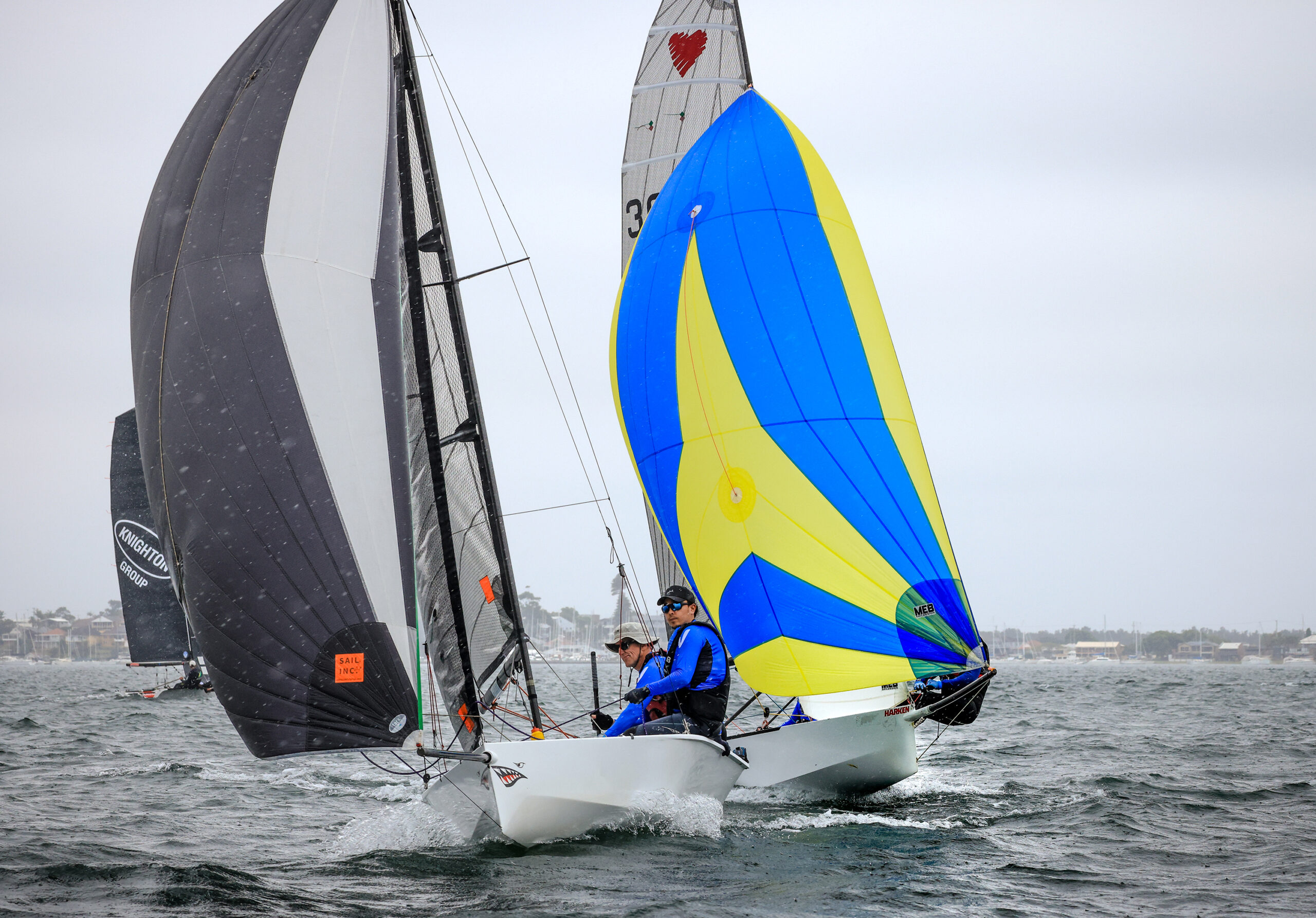 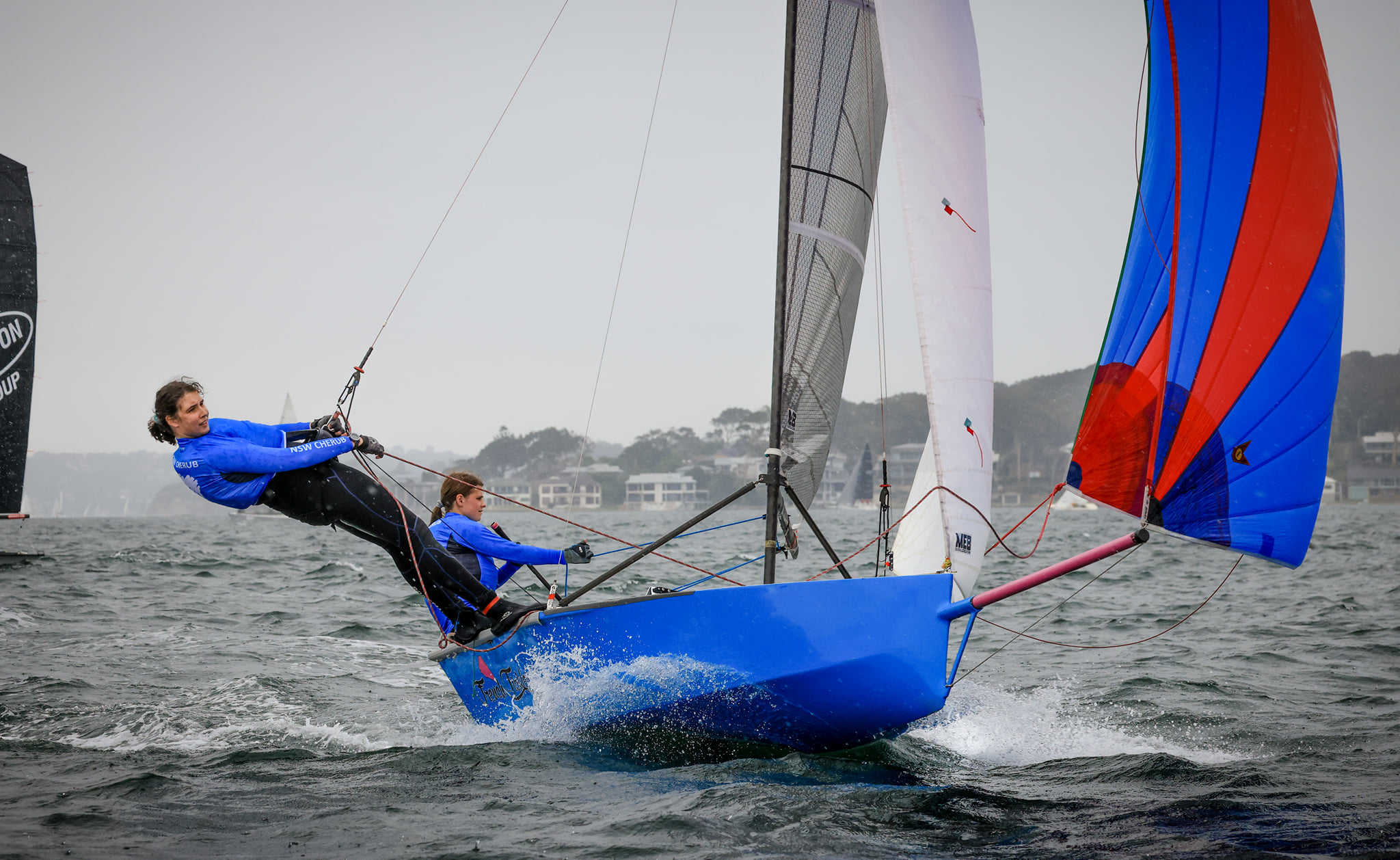 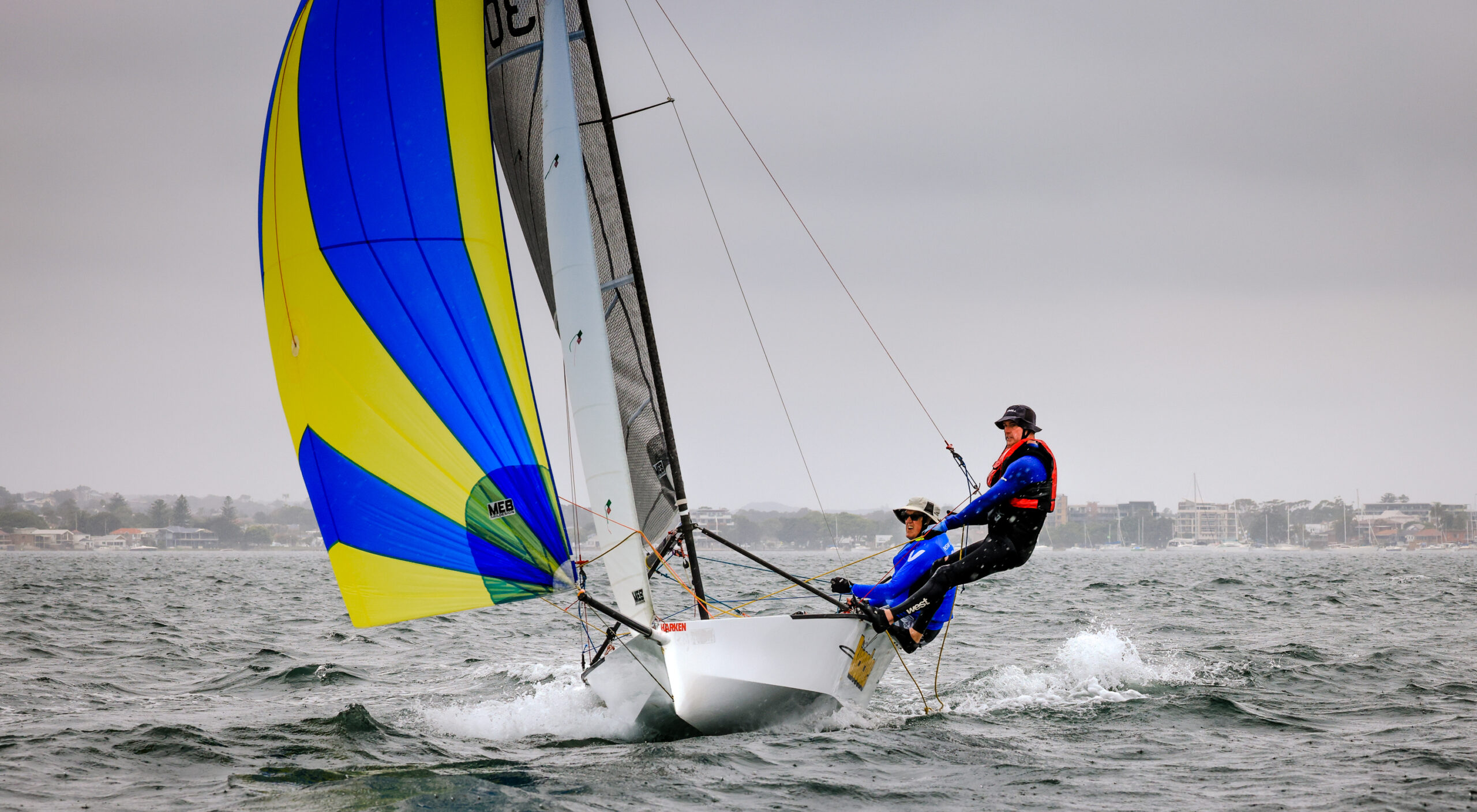 Undeterred by wet weather, last weekend Cherub sailors assembled at Lake Macquarie for the first of four rounds of the NSW State Championship.

The fleet of 29 Cherubs was joined on the racecourse by the 16ft Skiffs, who were competing in their own State Title regatta. A shared racecourse meant a variation from the triangle-sausage-triangle course that the Cherubs are used to, with windward-leeward returns making for an interesting alternate.

A light southerly wind greeted competitors for one long race on Saturday. Showing the visiting boats how it is done, Belmont locals Henry and Jordan Makin in Huey and Dewey took out line honours. Lane Cove boats Phoenix, sailed by Tim Harrington and John Palmer, and Squealer, crewed by Jessica Swadling and James Glassock, were hot on their heels, finishing within 90 seconds of their Belmont rivals, in second and third place respectively.

Demonstrating their comradery off the water, sailors retired to the Club for drinks, dinner, and a general de-brief of the day’s events.

Despite there being two races scheduled, Sunday’s wet conditions saw most of the fleet sitting in the dry and comfort of the Club with less than an hour and a half to go before the first warning signal. Eventually wetsuits were pulled on, and there was a rush to get boats rigged and ready for sailing.

Once launched, a 15 knot Southerly spurred boats out towards the start-line. In a repeat of the day before, Huey and Dewey led the rest of the fleet around the track, placing first in the second race of the series. Luke Sullivan and James Walters in Belmont boat Camel Toe finished second, with Nicole Barnes and Brett Lancaster in Gold Digger completing the Belmont trifecta.

Showing that they could back-up their performance, these three boats repeated their performance at the front of the fleet, this time with Camel Toe edging out Gold Digger followed by Huey and Dewey.

Continuing to champion female participation in sailing, the fleet saw thirteen boats with female helms and five all-female crews compete in the event. It is the friendly atmosphere, inclusive environment, and high-level of competition, fostered by all of the competitors that sets the Cherub class apart from the rest.

The overall placings after the first three races of the series can be found here.

The second round of the Cherub NSW State Championship will be hosted by Lane Cove 12ft Sailing Skiff Club and Drummoyne Sailing Club on the February 5-6. To keep updated on the activities from the Cherub Class, see: