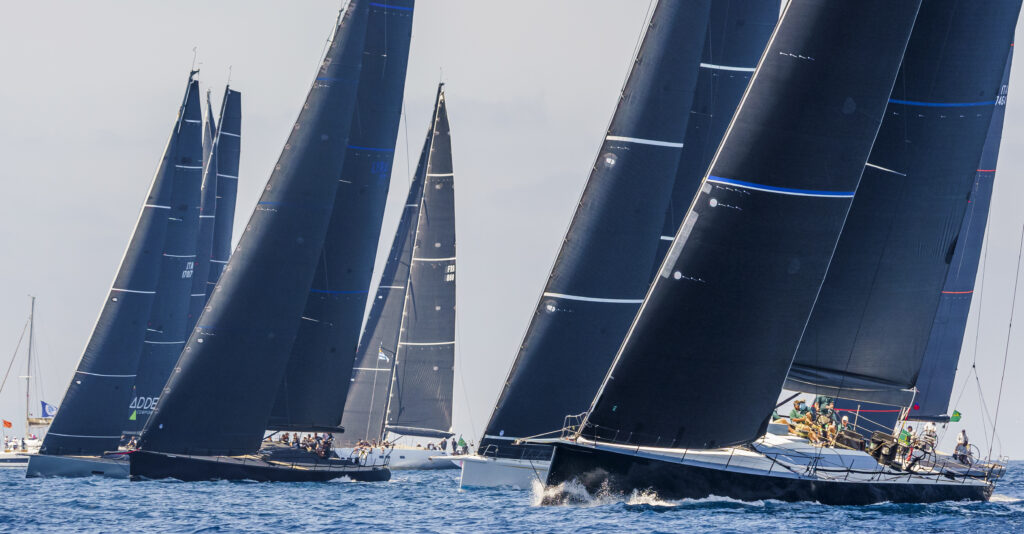 The maxis are all starting together at this IMA Maxi European Championship. Pic - IMA / Studio Borlenghi 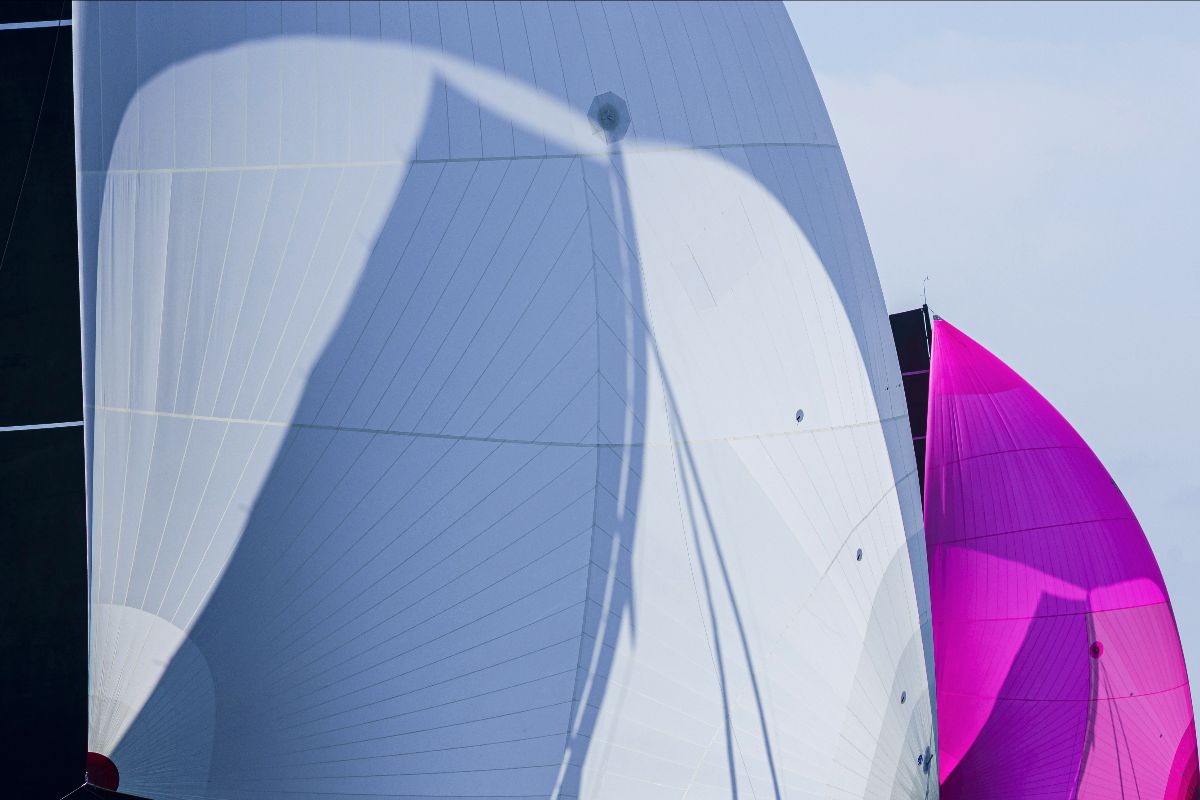 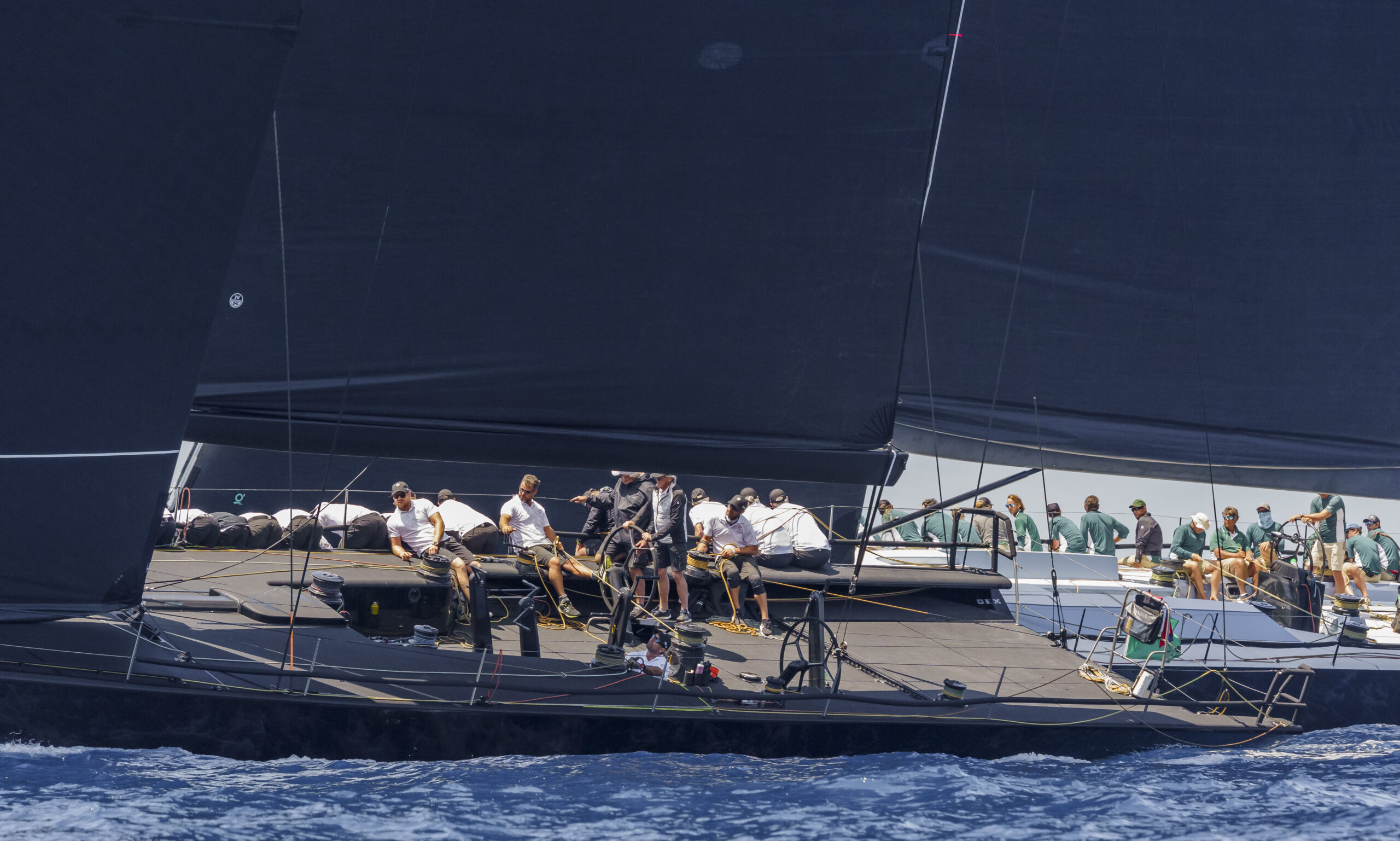 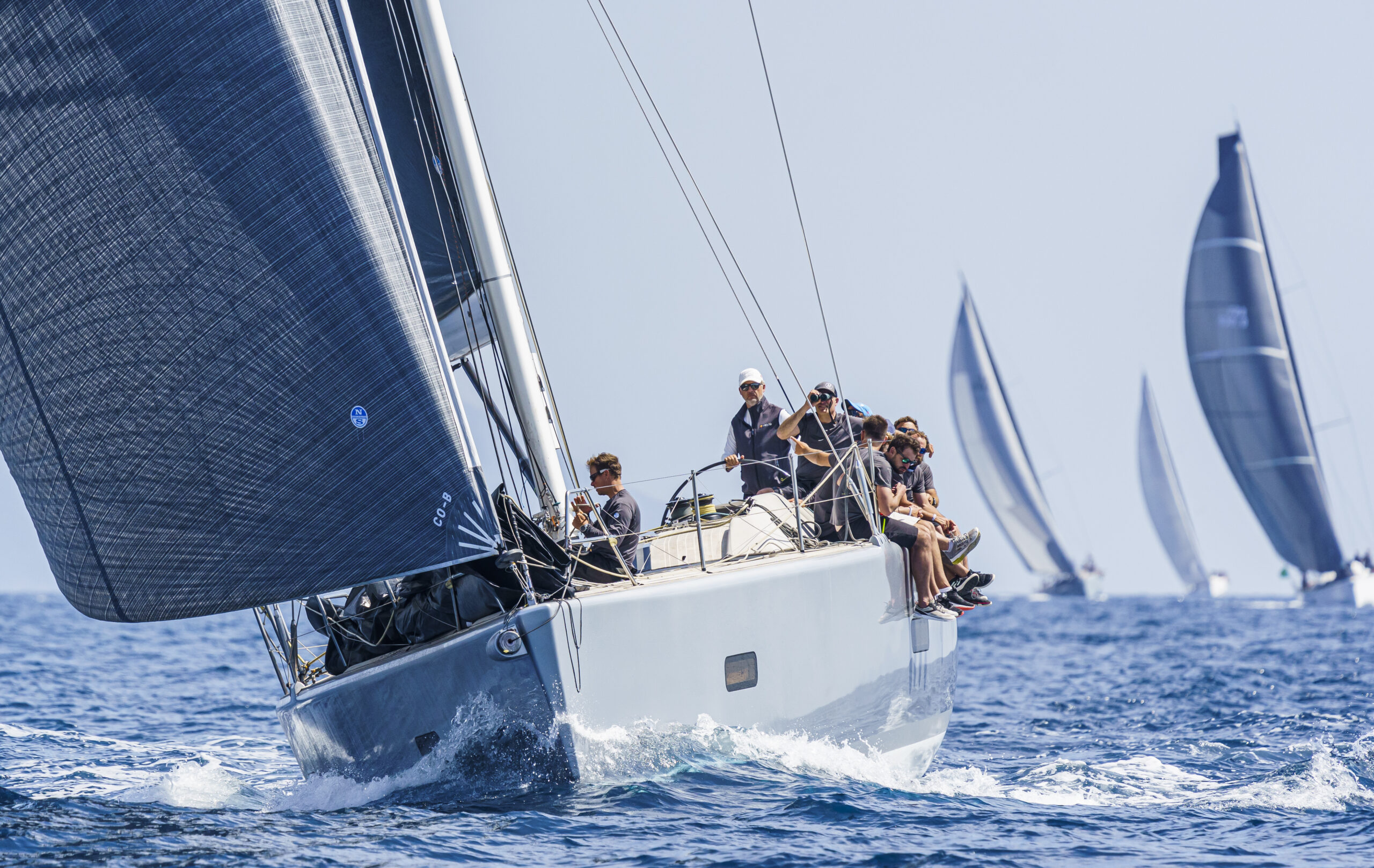 Supported by Rolex as Official Timepiece, the event is organised by Naples’ Circolo del Remo e della Vela Italia (CRVI) under the patronage of the Italian Sailing Federation (FIV) and in cooperation with Yacht Club Italiano, Reale Yacht Club Canottieri Savoia and the IMA.

Today’s 28 mile course set off in a southerly with an upwind leg to a mark off Punta Campanella at the tip of the Sorrento peninsula and then on to a long leg across the Bay of Naples in a light to moderate hardening breeze to a mark off Naples before returning to the finish off Sorrento.

At the front of the fleet the excellent racing continued between Lord Irvine Laidlaw’s Reichel/Pugh 82 Highland Fling XI, Sir Peter Ogden’s JV77 Jethou and Peter Dubens JV72 North Star. Highland Fling XI stole a march on her rivals at the top mark when she performed a bear away set into clean air with the current as the former Maxi 72s gybe-set and headed back into the coast in search of more pressure, but much more traffic. Setting off across the Bay of Naples, the front runners saw a 40° header that brought out their reaching gear.

As Highland Fling XI disappeared off ahead, Jethou was extending away from her shorter rival until her reaching kite tore and she was forced to continue bare headed for several minutes while her crew scrabbled to find a replacement. North Star was just able to draw level by the time Jethou got going. But the damage was done, and North Star went on to win the day by just over a minute from Jethou, with Highland Fling XI fourth overall under IRC.

“Wouter [Verbraak] did a great job on the weather forecast and the bends likely to occur,” said Miles Seddon, navigator on North Star of the wind shift that went from 180 to 230degT. He added of their gybe-set: “We knew that there was a lot of current there. We seemed to be sailing away from the mark although getting there we’d made more gains.”

From Jethou’s perspective tactician, America’s Cup legend Brad Butterworth said: “The top mark was a lottery – the shore was really strong going up to it, but the wind had faded in four knots, so you had to go for the pressure.” Hence the gybe-set back into the coast. “Then it was a little bit of a run before we wound up laying the mark off Naples and gybed round the mark and reached back. So, it was a bit of a ‘soldier’s course’. We saw a bit of current and didn’t sail that perfectly. Breaking the spinnaker cost us the race.”

After losing out in his first offshore, the Regata dei Tre Golfi, Terry Hui and his usually dominant Wally 77 Lyra were back on form today, winning Class 2 and finishing third across the whole IMA Maxi Europeans fleet. “I wanted to do something different, and it is early in the season,” explained Hui of why he decided to compete at the Maxi Europeans.

He was on board for the Regata dei Tre Golfi when he had managed to get some sleep but awoke to find them making only a knot. But he was pleased of their performance today: “It was good, with a little more wind. We did some good roundings.”

Calling tactics on Lyra for the first time is Mitch Booth, alongside SailGP and GC32 skipper Team Rockwool Racing’s Nicolai Sehested. “It is bloody heavy – not built for speed, but the team is very familiar with her and sail it at such a high level. There isn’t much on the table in terms of boat handling,” Booth described his first impressions.

Of today’s race, he added: “We had a clean start and went all the way to the left side where there was more pressure. We just kept clear of the big boats in front of us and we could hold off Capricorno. We started going well.”

Among the four maxi classes, today’s biggest winning margin was that of Giuseppe Puttini’s Swan 65 Shirlaf in Class 4, ahead of Luca Scoppa’s Dehler 60 Blue Oyster by almost seven minutes under IRC corrected time, while the smallest was in Class III where Vincenzo Addessi’s Mylius 18.3 Fra’ Diavolo beat Riccardo De Michele’s Vallicelli 78 H2O by a mere 10 seconds under IRC. This was despite Fra’ Diavolo being rammed during the top mark rounding by Frenchman Philippe Ligier’s Wally 80 Ryokan II.

Today local knowledge paid explained Fra’ Diavolo tactician Paolo Scutellaro. “We made a very nice first leg keeping close to the coast, trying to use the breeze that accelerates at Punta Campanella. And then we gybe-set at the mark to come back again. We went so close to the rocks that we could touch them but that is only because we know this place very well.

“Then we split from the coast but kept to leeward to the other boats because we knew that the wind would go right – I am from Naples so I know this happens… When we reached the mark off Naples we continued to stay to leeway, so we had the right sails on -the A0 and staysail.”

Racing continues tomorrow with a first start scheduled for 1100 CEST.