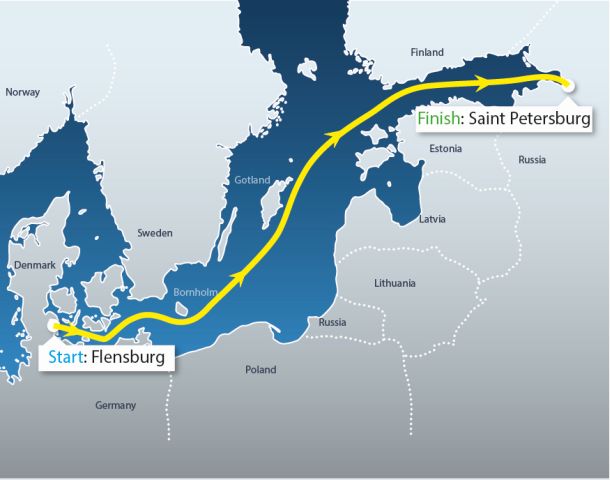 The Course for the Nord Stream Race 2015.

In only a few days the participants of Nord Stream Race 2015 will leave the Flensburg Fjord and head out to the 800 nautical mile race towards Saint Petersburg. For some crews this is familiar terrain as they have already sailed the same route in 2013 or at least crossed the Baltic Sea in the other direction during Nord Stream Race 2014. For others it will be the first time they dare to advance this far out into the eastern part of the Baltic. In both cases the crews starting the race on 20. September will have spent a considerable amount of offshore miles on board together and will have prepared thoroughly as the Baltic can hold challenging conditions for the sailors at this time of the year.

Principal Race Officer (PRO) for all concerns on the water will be Stefan Kunstmann. For over 20 years now he has gained experience in organising inshore and offshore regattas by being a member of racing committees or being the PRO himself for example at Kieler Woche, ORC World Championships and Olympic Games. Just recently he managed out the famous Fastnet Race and is already looking forward to the next race.

So the participating crews are in good hands. It will be exciting to see whether one of the yachts can beat the World Speed Record for the route Flensburg – Saint Petersburg. Current record holder is the yacht OUTSIDER of owner Tilmar Hansen from Kiel who covered the distance during the Nord Stream Race 2013 in three days, 38 minutes and 23 seconds. Unfortunately OUTSIDER will not take part in the 2015 edition as the boat recently suffered some damage.

Hot contestant for the victory in the Swan 60 class is the Russian BRONENOSEC with skipper Igor Frolov from Saint Petersburg Yacht Club. The “blue boat“ is defending champion and bringing well experienced sailors to the start like tactician Tommaso Chieffi amongst others. Their opponents however are well experienced, too. The SPIRIT OF EUROPE for example is taking part in the demanding race across the Baltic for the fourth time, headed by skipper Tim Kröger from NRV.

The fleet is being completed by the “Gazprom Youth Sailing Challenge” on board TSAAR PETER skippered by legendary Russian sailor Sergey Borodinov, a German crew around skipper Joachim Brünner on board SGM and the PETITE FLAMME with a Spanish crew around skipper Juan Calvo Boronat from Real Club Náutico Valencia.

After crossing the finish line the yachts will be mooring at Port Hercules next to the club house of Saint Petersburg Yacht Club. The harbour is located around 15 kilometres north-west of the city centre of Saint Petersburg on the northern rim of the Gulf of Finland. Port Hercules is regularly hosting large international regattas like the Dragon European Championship or SB20 World Championship for example.

A festive gala dinner and the prize giving ceremony at the glamorous naval museum in Saint Petersburg on Saturday, 26. September, will mark the crowning end to Nord Stream Race 2015.

The race can be followed best via the race tracker on the event website www.nord-stream-race.com.