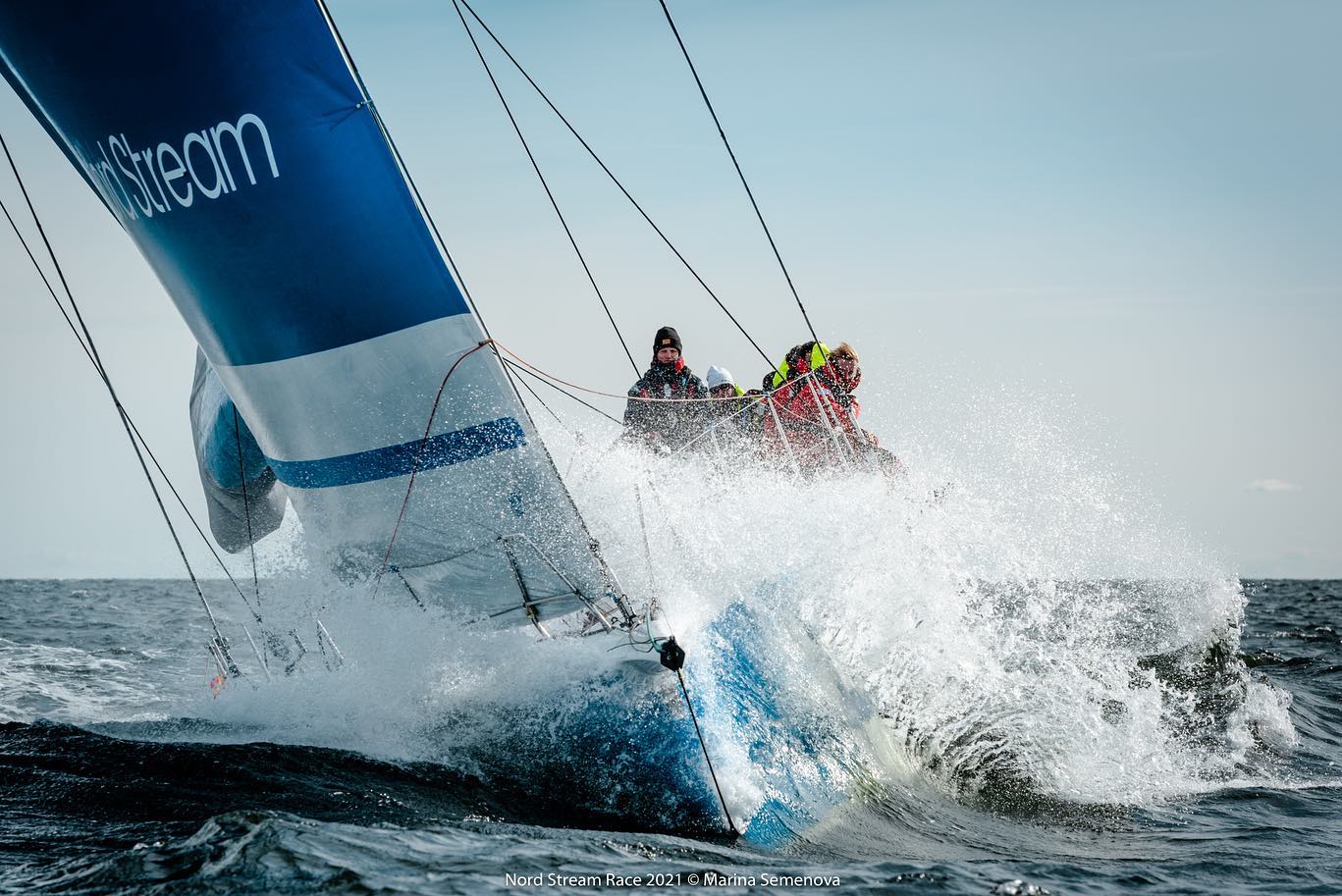 The Finns are the overall leaders going into the final offshore race. Pic - Nord Stream Race

The Russian team won the penultimate leg of the Nord Stream Race from Stockholm to Helsinki, ahead of the Finns by 15 minutes.

The German crew crossed the line in front of the Finnish capital another 12 minutes behind the Finns. This means the lead in the overall offshore ranking for the Finns. The Danes and the Swedes were forced to retire after a collision in Stockholm. The Swedes are still in second place in the overall standings after the results were corrected for the retirement through no fault of their own; the Russians are in third place before the last leg, the Danes in fourth; the Germans are in fifth place.

The Russian team from St. Petersburg Yacht Club took the lead in the overall ranking of the Inshore Races in Helsinki after claiming their second win. The three teams from Russia, Finland and Germany started their final offshore leg to Russia on Thursday afternoon.

On the third leg from Stockholm to Helsinki, the three teams from Germany, Finland and Russia had many battles for the top position as they navigated the Swedish archipelago. During the night, with increasing winds that gusted up to 35 knots, the distance between the boats grew although they kept racing in sight of each other. After one day of racing, the three yachts finished within just 30 minutes of each other after 200 nautical miles – an impressive performance by the three teams.

For Nicolo Sanfelici, the navigator of the Russian team, the passage to Helsinki was a challenge. Sanfelic said: “Leaving Stockholm was a nightmare. Full of islands, small rocks and very straight passages where I needed to put the boat in the middle and try to stay in front of the others. The key point was that we had the kite up for a little bit longer than the Finns, and that’s what gave us the lead until the end.”

Australian Oliver Hartas, the bow person of the Finnish team from Esbo Segelförening, discovered one heavy disadvantage: “Some of the tightest racing anyone has ever had offshore. During the night there were only metres between the Russians and us. A drag race in the most incredible conditions we’ve ever imagined. Then we realised that we had 500 litres of water in the bow compartment, and that is the reason why we lost touch with them in the end.”

The Germans from the Verein Seglerhaus am Wannsee changed half the team in Stockholm, so they only had the Inshore Race in Stockholm to get used to the new crew setup. But third place is an excellent result. A poorly executed manoeuvre which resulted in them ripping the 140m2 gennaker during the night ended up costing vital distance for the team from Berlin.

In the end, the Russians prevailed and won the classification. The German team were not quite able to match the top duo, although they were able to close the gaps significantly in each race. This puts the Russians at the top of the Inshore ranking ahead of the Danes and the Finns.