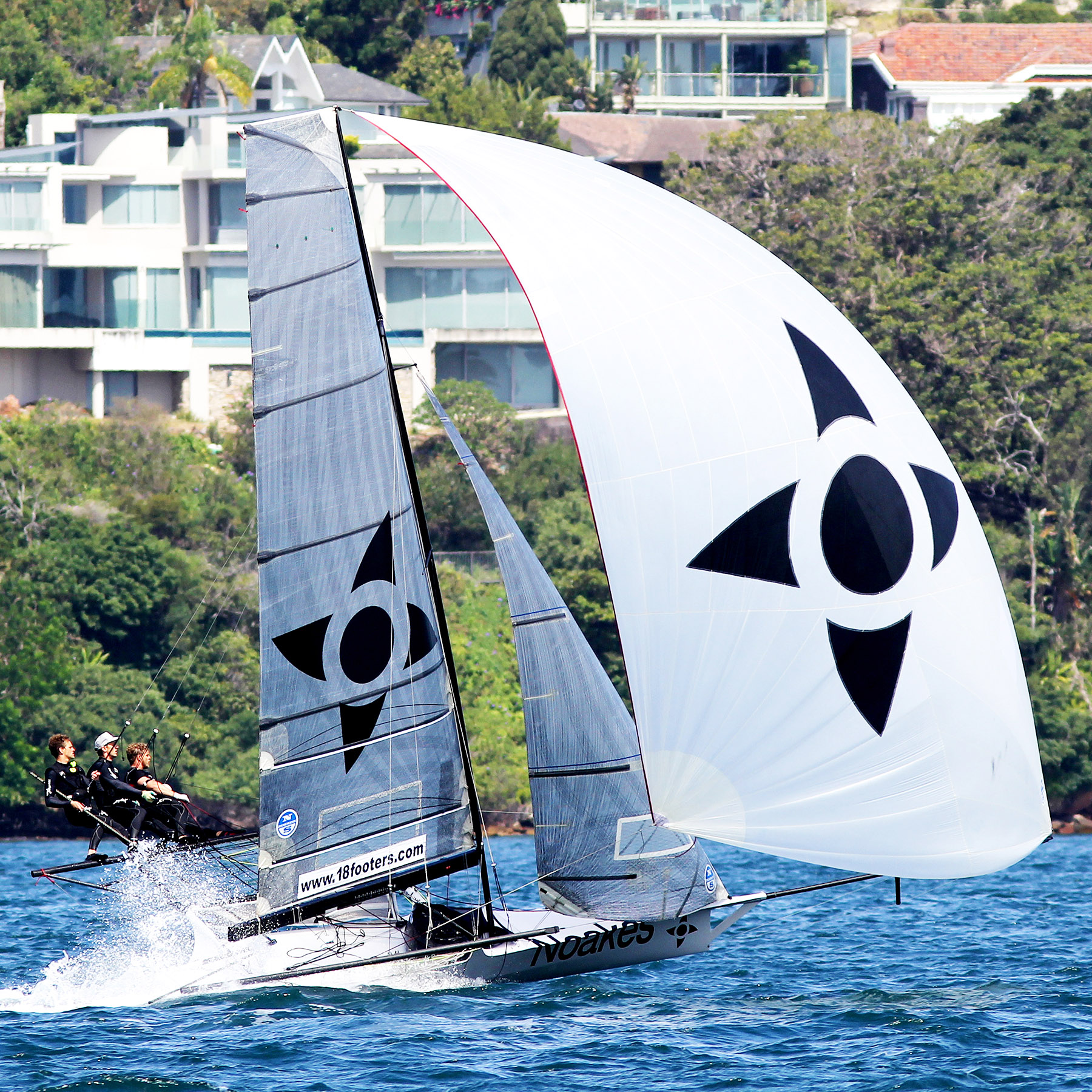 When Yvette Heritage and her Noakes Blue 18ft Skiff team line up next Sunday (October 13) for the opening race of the Australian 18 Footers League’s 2019-2020 Season, she will be leading the third team sponsored by Sean Langman’s Noakes Group company to support new, talented sailors in the Sydney 18 Footer fleet.

Aside from his wonderful record of achievement on the water, Sean has always been a person with a positive outlook and an ever-ready willingness to assist talented sailors in their quest to achieve results in keeping with those talents.

Sean is a person prepared to ‘put his money where his mouth is’ and has previously supported two other campaign for newcomers to the 18s, as well as sponsoring his own campaigns.

Yvette joined the 18s for her rookie season in 2018-2019, then recently skippered ILVE at Lake Garda in the European 18ft Skiff Championship as part of her preparation for Sydney Harbour 2019-2020.

She explained the reason for Noakes support of her team this season.  “The Noakes Blue theme represents the Recreation business side of Noakes which has an approach of inclusiveness within their business and the community.”

”Noakes’ sponsorship has also allowed me to be sailing on a newer boat this season, with newer gear and sails, which will allow us to be competitive with the experienced 18s fleet.“

“We very much appreciate the support from Sean and the Noakes team throughout the past couple of months.  it has been invaluable and has allowed us to practice with more experienced 18s sailors.”

YYvette is yet to finalise her team but says that “Mustafa Ingham, a young, up-and-coming sailor with experience in high performance catamarans and offshore sailing, will be in the bow.”

“Mustafa filled in last season on the 18s and wanted to come back for more.”

“We are hoping to improve from last season’s introduction to 18s and match it with the already competitive 18s fleet.”

Australian 18 Footers League President said: “Our club fully appreciates Sean’s efforts to support talented sailors in the class as it fits perfectly with the Club’s policy of introducing new talent to the 18s to ensure the sport’s long-term future.”

Spectators can get up close and personal with the teams in the rigging area, then follow the racing on board the spectator ferry, which leaves Double Bay Wharf, alongside the rigging area, each race day at 2pm.

For those who can't make it onto the water:

Live streaming is available on 18FootersTV