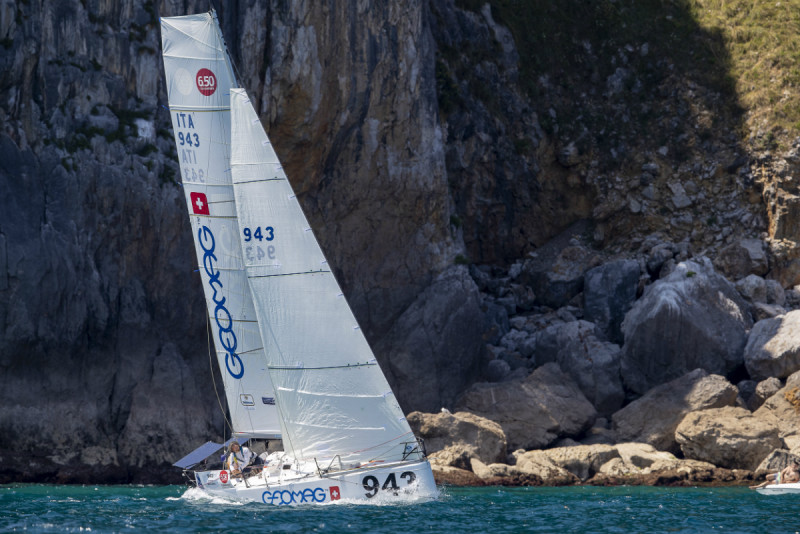 In less than three weeks, on Sunday 22 September at 14:15 hours local time, 90 sailors (including eight women), will take the start in La Rochelle of the 22nd edition of the Mini-Transat La Boulangère with Las Palmas de Gran Canaria (Canaries) as the destination of the first leg. Festivities will kick off on Saturday 14 September with the opening of the event village in the Bassin des Chalutiers. Among the 90 entries, who represent 13 nationalities, 12 are ‘repeat offenders’, so the vast majority will be rookies setting out to take on the Atlantic. The second leg to Le Marin (Martinique) will set sail on 2 November.

The Mini-Transat is without doubt an exceptional race. Since 1977, the year it was created, its success has been undeniable! A school of offshore racing, an initiatory voyage, the adventure of a lifetime, a fierce competition… It has something for everyone! So much so that there is growing clamour for a ‘Mini ticket’. And before it even kicks off, the 2019 edition is already rewriting the history of the race. Indeed, the Mini-Transat has never gathered together a line-up such as this! The previous record participation dated back to 2007, with 89 skippers at the start. They are even more numerous for this 22nd edition since 90 women and men are registered for the event (22 on prototypes and 68 on production boats). The record speaks volumes about the passion and dynamism generated by the Mini-Transat some 42 years on from its creation.

Tradition dictates that the Mini-Transat, run every two years since its creation in 1977, gathers together sailors with varied profiles. On the same start line are women and men of all ages and varying socio-professional categories. This year, the event has attracted sailors ranging from 18 (Violette Dorange) to 64 years of age (Georges Kick)!

Eight women are signed up. In addition to the youngest competitor of all, Violette Dorange, we’ll also see Marie Gendron, Amélie Grassi, Anne Beaugé, Céline Sallès, Axelle Pillain, Marie-Amélie Lénaerts and Irina Gracheva out on the racetrack. All of them will be making their event debut.

The 22nd Mini-Transat La Boulangère is also confirming its international appeal, since some 24 overseas skippers are signed up (a fairly stable figure compared with the last edition). In addition to France, 12 other countries will be represented with a number of Italian, Spanish, Belgian, Russian and Swiss entries, as well as one Greek, one Czech, one German, one Pole, one Japanese sailor, one Briton and one representative from the United Arab Emirates.

Finally, it’s important to note that among the 22 competing prototypes, two are equipped with foils: the 900 (Arkema 3) skippered by Raphaël Lutard and the 969 (Cerfrance) skippered by Tanguy Bouroullec.

Opening of the Village on 14 September in La Rochelle

The Bassin des Chalutiers will be brimming as the Mini-Transat La Boulangère Village opens its doors to the public from Saturday 14 September (at 10:00hrs). The following day, at 17:00hrs, the official presentation of the competing skippers will take place. Another high point will be the Prologue, scheduled for Wednesday 18 September. This non-point-scoring coastal course will enable the competitors to have one last shakedown out on the water to check that everything aboard is working properly with four days to go till the start of the first leg. So, it’s on 22 September, at 14:15 hours local time, that the massive fleet will set sail for Las Palmas de Gran Canaria. The competitors will leave the basin between 10:00 hours and noon, which will give spectators an opportunity to cheer them on as many of the skippers take a big leap into the unknown and set off on the adventure of a lifetime.

For several years, the Stade Rochelais has ranked among the top French rugby clubs, boasting some very fine results both nationally and across Europe. The organisers of the Mini-Transat La Boulangère are delighted that the players from this prestigious club will be the patrons of the 22nd edition.