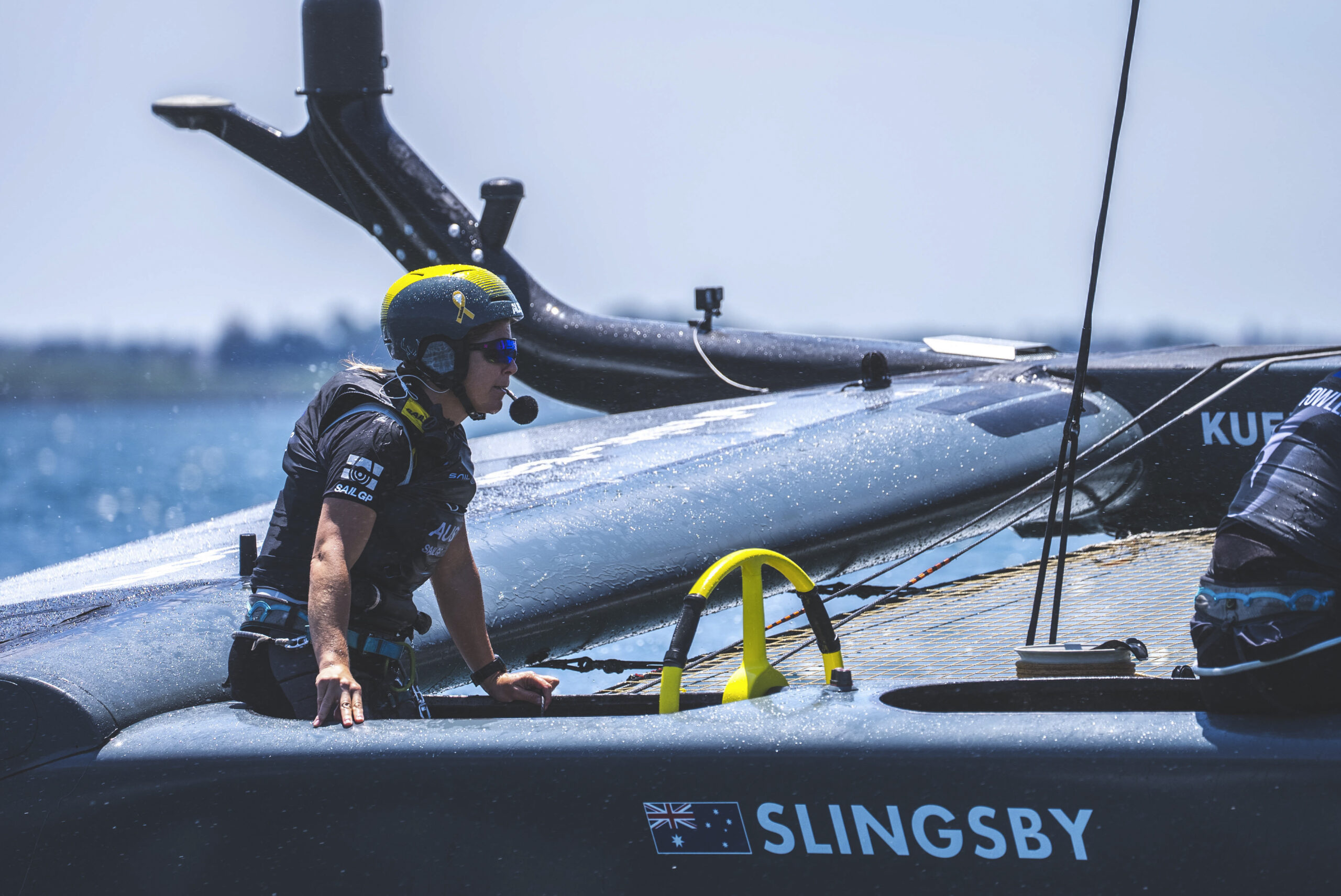 Spain: The Cadiz Sail Grand Prix marks a major milestone for the Australian Team and the league, with Nina Curtis set to race on board the flying ‘Roo for the first time during racing this weekend.

The sixth event of the season will now include six athletes onboard all F50s for racing – a first for the global league – resulting in the league’s Women’s Pathway Program athletes racing onboard for the first time in SailGP.

With the addition of a new crew member as a new standard and light-wind configuration, Curtis and her fellow WPP athletes are now able to gain the valuable experience needed to race the high-tech, high-speed flying F50s.

Curtis commented on the news saying, “Me and all of the other WPP athletes are so excited that we’ll be racing this weekend and gaining the invaluable experience from being on board.

“It’s awesome news for not only SailGP but the sport as a whole and is an important step in what we are trying to achieve with the WPP program, which is to drive gender equity in the sport.”

Tom Slingsby, driver for the Australian Team, added, “We’ve been huge advocates of getting Nina and the women on board during racing, and we are really excited for this opportunity for her and our team.

“We’ve been really focused on fast-tracking Nina’s training and development and I’m looking forward to seeing her apply that in a racing environment. We think she will be a great addition and only strengthen the Australian team.”

Slingsby and the team will be looking to climb the Season 2 standings at the Cadiz Sail Grand Prix this weekend, after major technical issues in St Tropez saw the team drop from first to third place in the overall leaderboard.

“Look, we had some technical issues in St Tropez but even with those technical issues, we didn’t adapt well to them. We need to get some consistency because if we keep on this sort of trajectory, we could lose a place in the final match race in San Francisco.

“Our expectation is to make the grand final race in San Francisco and I don’t shy away from that, we’re here to win. We’re not here to make up the numbers, it’s sort of the Australian way, we’re here to stand on top of the podium and anything less is not good enough in our eyes.

“We need to do well in this final event of the European leg, before we head to Australia where I feel our team is really comfortable, particularly with the stronger breezes”, Slingsby said.

Off the water, the Australian SailGP Team remains in third place in SailGP’s new Impact League, a world-first integrated second leaderboard created for all eight international teams, where the teams are rewarded for the positive actions they make to reduce their overall carbon footprint and help accelerate inclusivity in sailing.

The team has been working closely with its Race For The Future partner Parley For The Oceans to maximise its positive impact and climb up the Impact League leaderboard too.