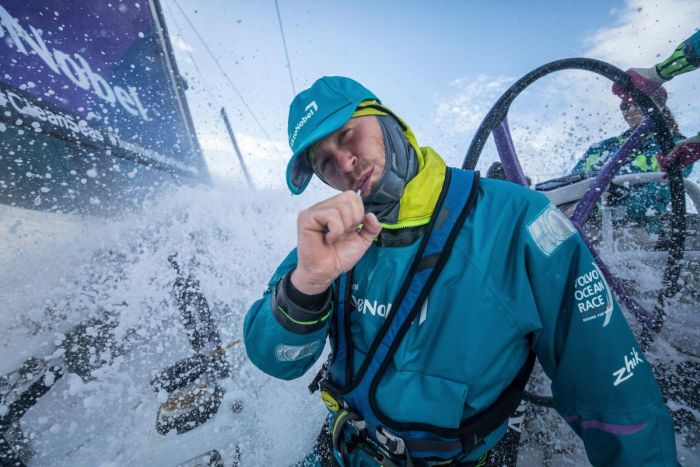 The line-up for the inaugural edition of Midsummer Match Cup is filled with some of the biggest names in sailing. Sehested, 29, is perhaps most well known for sailing around the world as a competitor in the last two editions of the Ocean Race, but the Dane did several seasons on the World Match Racing Tour before entering that. He is now one of 14 skippers heading for Skärhamn, Sweden and the start of Midsummer Match Cup on Tuesday June 25th.

”After spending a lot of time offshore, I really miss the tight and close racing you get in match racing. It has always been very fun for me to Match Race, and with this new and great event it was the perfect chance for a return to match racing. I must admit there is something great about monohull match racing that you won’t get anywhere else,” says Sehested.

Midsummer Match Cup is not only the first international sailing event to be raced on Skärhamn’s spectacular arena, it is also the first match racing event to introduce a strict mixed class rule, stating that all teams must consist of two male and two female crews members. Sehested did his fist Ocean Race with Team Vestas Wind in 2014-15 and was part of Team AkzoNobel in 2017-18.

”I think mixed teams is a great format, and I just spent more than a year sailing with a mixed team around the world. It works great, and creates a lot of great opportunities for our sport. It is definitely going to be the future, and I am very happy about that,” says Sehested who has put together a very competitive team.

Besides his long-time friend and match racing companion Peter Wibroe, the team also consists of Martine Grael and Kahena Kunze, who won the Olympic gold medal for Brazil in the 49er FX class in Rio de Janeiro 2016. Grael is also an Ocean Race veteran who sailed with Sehested on Team AkzoNobel.

”I am very lucky to have Martine Grael on board who I spent the last 15 months sailing together with around the world. And the Olympic superstar Kahena Kunze will also join us. I have only sailed with Kahena once in Brazil, but she will make sure we always go fast. We are all realistic and coming in without training or match racing will be difficult. So we are probably outsiders, but also very competitive. So we are not the favourites, but I’m sure with this team we can make some surprises.”

Previously, thirteen teams in the line-up for Midsummer Match Cup have been presented, and they are all led by top ranked skippers. Among them are the Swedish teams led by Anna Östling, Johanna Bergqvist, Johnie Berntsson, Måns Holmberg and Nicklas Dackhammar. Reigning World Champions Lucy Macgregor and Torvar Mirsky are both entering the event. Pauline Courtois (FRA) is the highest ranked female skipper in the world and winner of last year’s WIM Series. Eric Monnin (SUI) is number three on the men’s world ranking and Ian Williams number one. Maxine Mesnil (FRA) and Will Boulden (AUS), are ranked fourth and seventh respectively and Chris Poole (USA), ranked 14th.

Midsummer Match Cup is sailed June 25th-29th in Skärhamn on the island of Tjörn in Sweden with the boat type Fareast 28R. The regatta starts with a full round robin and ends with a final on Saturday June 29th.