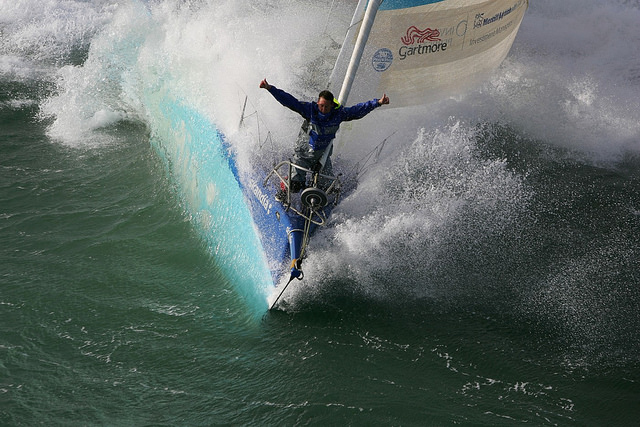 The announcement of a double-handed, mixed-gender keelboat event for the Paris Olympics, to be sailed out of Marseille, has attracted its first high-profile competitors. Two of Australia's most experienced ocean racers and highest profile sailors, Nick Moloney and Adrienne Cahalan OAM, have set up a training base on the Isle of Wight and another in France. Nick will be based on the Isle of Wight where he will manage the bid, and Adrienne will join him for strategic training sessions.

Twenty nations will be on the start line and the open ocean yacht race will last four days and three nights. Whoever crosses the finish line first will be declared Olympic champion. Live broadcasting, tracking and analytics will be streamed directly from each boat and the race will be the first Olympic event to be live streamed 24 hours a day.

Nick Moloney said, “To be honest I never thought that such an opportunity would come our way at this point of our lives and careers. When I thought deeper about the option, and after several discussions with World Sailing and Australian Sailing, I simply felt that we had to give this our best shot.

“Personally, since the decision, I have been restructuring all aspects of my life in order to approach this challenge with a full time focus. In a strange way I feel that my entire life devotion to sailing and life journey has led to this point and to this opportunity.
“Adrienne and I have been long time great friends, we have achieved great racing results together and have very complementary skillsets. I do not think that I have ever been more inspired, determined or motivated by any previous sporting challenge in my life.
“But we are both realistic in the understanding that Australia will be one of the most difficult nations to gain ultimate selection. Also, that the criteria is still being nested out, campaigning will require significant funding, and we also need to develop the form to win races in this discipline and against the best in the world.”

Nick is a two-times America's Cup sailor. he has raced around the world three times in the world's most iconic yacht races and is the holder of over fifteen world sailing speed and endurance records.

Nick's World Records include the outright non-stop and unlimited around the world sailing speed record (the Trophy Jules Verne), the 24 hour speed/distance sailing record and a Guinness World Record for the first (and still the only person) to have windsurfed 230 kilometres across the notorious Bass Strait in a time of 22 hours and 11 minutes.

Nick is the author of 'Chasing the Dawn', a published account of the 2002 Jules Verne Record and in the year 2000 he was awarded the Australian sports medal for his contribution and achievements in the sport of yacht racing. 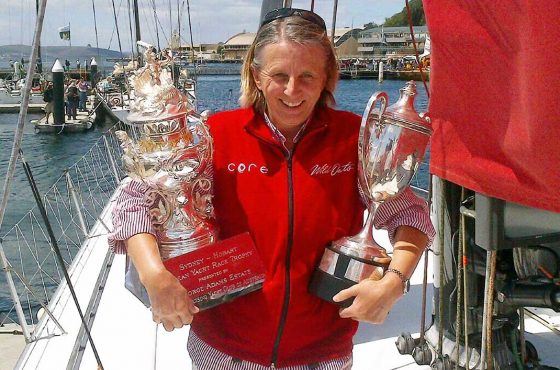 Adrienne began sailing as a teenager on a family holiday and quickly progressed through 12-foot skiffs to 18-footers on Sydney Harbour.

She sailed her first Sydney Hobart yacht race in 1984 and started sailing as a professional in 1988 on 18-foot skiffs. Her racing and campaigning were done while balancing university studies and being admitted to practice law in 1991.

Adrienne raced her first Whitbread as a navigator in the 1993/1994 race and was watch leader on Nicorette when it broke the Transatlantic record in 1997.

In 2003 she completed post-graduate studies in Applied Meteorology at the University of Reading and this built the foundation for her career as a weather, climate and navigation consultant for marine, litigation and corporate advisory matters.

One of Adrienne’s greatest achievements came in 2004. On the maxi-catamaran Cheyenne, she broke the non-stop Round the World Record as navigator – the only female in the 12-strong crew. The finishing time was 58 days, 9 hours, 32 minutes and 45 seconds which saw nearly six days slashed off the old record. Not only was she the fastest Australian to circumnavigate the globe, but Adrienne was also the only woman to ever be part of a crew to break the non-stop Round the World Record.

Adrienne’s record-breaking participation in the Sydney to Hobart adds to her legacy. She has navigated Wild Oats XI to five-line honours victories, including two trebles – line honours, overall and race record. She has six Hobart line honours and two overall Hobart wins to her name.

In 2006, Adrienne published her autobiography Around the Buoys, chronicling her career as a successful yachtswoman and top-class navigator. In the time since, she has continued to add to her resume not only through sailing but as an accomplished marine lawyer, meteorologist and mother.

Nick and Adrienne are seeking both corporate partnerships and patrons in order to campaign on an equal level to their rivals and they both have unique individual value and means to deliver strong return on investment.

For more information or to offer support, email nick@nickmoloney.com.