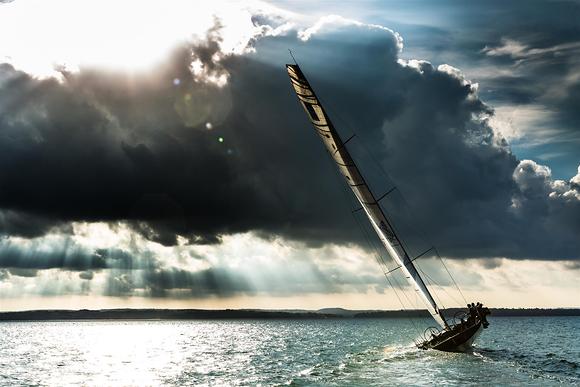 The newly formed team is gearing up for its racing debut, the SCYA Midwinter Regatta in San Diego on the 10th – 11th February. They will spend the week training on the race course ahead of the weekend's racing.

Sir Ben Ainslie and Tony Langley will lead the team with Langley at the helm. Many of the crew that represented Land Rover BAR at the 35th America's Cup competition in Bermuda last summer will be racing, including Sailing Team Manager Jono Macbeth and the British Olympic Finn gold medallist from Rio 2016, Giles Scott.

Land Rover BAR Team Principal and Skipper, Ben Ainslie, commented; “With the return to monohull racing for the America's Cup, the TP52 class provides a good opportunity and a competitive environment for us to get out racing and to retain some of our core sailing team alongside trying out new team members.

“We had a good first training session with Tony and the team towards the end of 2017 – here in the Solent – and we are looking forward to our first racing event together in San Diego.

“We're going into the events – and the TP52 Super Series – with our eyes open, we all appreciate just how tough the competition is. There are several experienced teams who have been competing at this level for years – and we are also expecting some of the other America's Cup Challengers to enter.”

Land Rover BAR Gladiator will return to San Diego for the NOOD Regatta on the 16 – 18th March before going on to race in the 52 Super Series – the leading high performance monohull racing circuit – with the opener taking place 23 – 27th May in Sibenik, Croatia. While two events in the UK, the Round the Island Race (7th July) and Lendy Cowes Week (4 – 11th August) will offer the British team an opportunity to race on home waters.