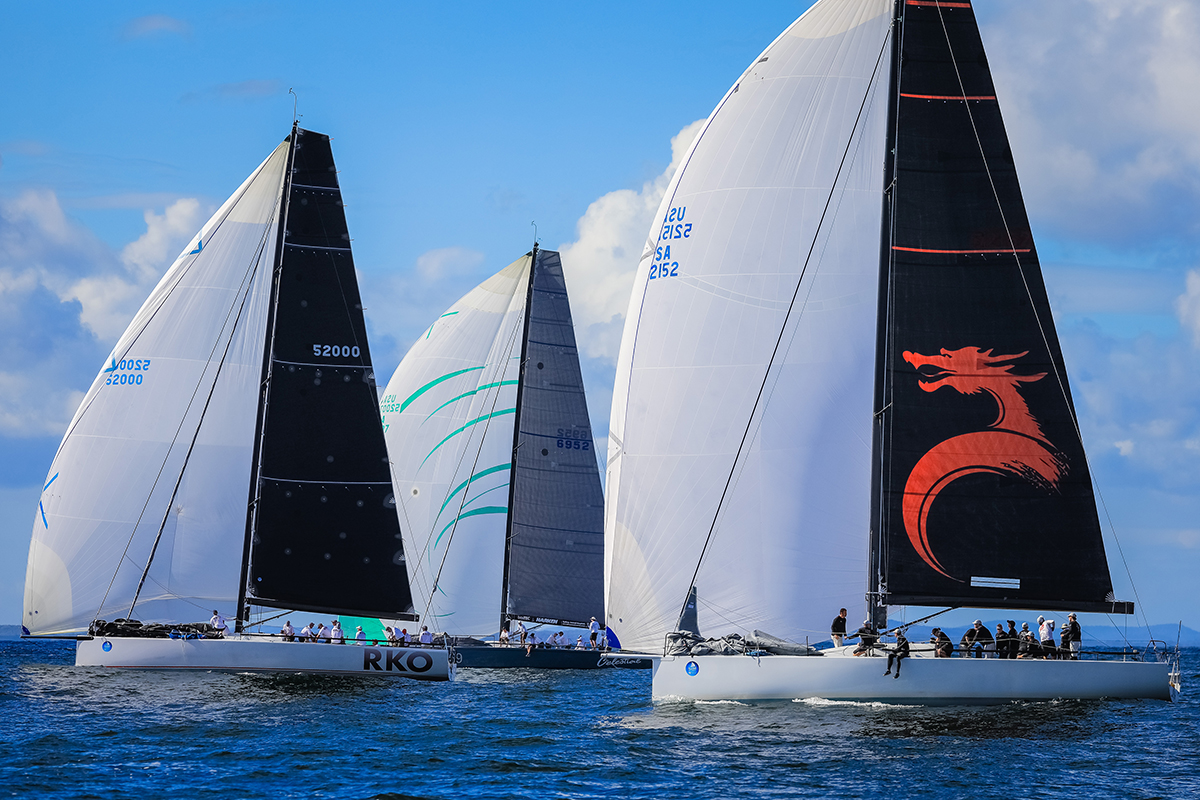 Sailfest Newcastle Regatta is steeling itself for the hottest TP52 showdown outside Europe’s 52 Super Series when the inaugural Gold Cup starts on March 29 with a record fleet.

Race organisers from the Newcastle Cruising Yacht Club (NCYC) are expecting up to nine starters, all with a strong chance of being crowned either outright winner or Corinthian victor.

An initiative of the class’ owner group, the Gold Cup addresses a recent decline in TP52 activity due to the widening gap between new-generation designs and older, amateur-crewed backmarkers.

“We had two boats in Division 1 at Airlie Beach regatta, four at Hamilton Island Race Week plus two 100-footers, four at the IRC Australian Titles out of Royal Melbourne and four at Geelong’s Festival of Sails,” says Marcus Blackmore, owner-skipper of Hooligan. “Yet in Newcastle we should have eight or nine TPs on the start line, and if that’s not a statement I don’t know what is.”

The Gold Cup is leveling the playing field with AMS handicapping as a base rule along with an individual TP rating component plus Corinthian allowance.

Blackmore believes that older TPs can still have their day, as evidenced by Secret Men’s Business beating both Hooligan and Matt Allen’s Ichi Ban at Geelong’s Festivals of Sails. He later sent a letter to owner Geoff Boettcher congratulating him on the win.

“I thought it was fantastic for the class that an older design wiped our backsides,” Blackmore said. “With so many boats in Newcastle, all fairly equally matched for boat speed, I reckon it will be a fantastic sight. There’ll be a few hard-hats needed as we all get to the top mark at around the same time.

“The Newcastle Cruising Yacht Club will really look after us, as well. As a group, it gets us out of town and the accommodation is a damn sight cheaper than Sydney.”

Sydney’s Gordon Ketelbey, a noted Farr 40 campaigner, is also looking forward to the close fleet action aboard Zen, formerly Scorcher, albeit admitting his team are still getting up to speed.

“We’re new to the TP52s so it should be interesting,” he said. “We retired from the Hobart race with rigging issues and since then the mast has been out twice to sort out issues. We’ve really only had one race where everything worked, and we ended up winning it.”

Zen’s core crew is from Ketelbey’s F40 of the same name and he’s had people queuing up to sail. “Finding crew is not a problem, it’s finding people who really know the TPs. They’re very complex boats to sail,” he added.

Among those confirmed for the Gold Cup at Sailfest Newcastle, along with Hooligan, are Gweilo, Celestial, Zen, Koa and Newcastle yacht Frantic, along with Ragamuffin, VCC (Bush Paul Group) and Sailors With disAbilities Wot Eva.

Secret Men’s Business, Quest, Ichi Ban and Envy Scooter are apologies due to prior commitments, but all are hoping to compete next year.

“There’s 11 boats in the Super Series and we could potentially have as many as 17 for the Gold Cup series once it’s up and running,” Wetton said. “We’ve also had inquiries from overseas boats to join us.

“It’s not easy to get all the ducks in a row first time around, because they’re big boats with lots of crew and lots of things to juggle. But after we get the first regatta out of the way they’ll all realise how great it is and the rest will follow.

“As Marcus said, four TPs on a start line is a spectacle so nine or so boats will be absolutely fantastic.”

The three-day series, with the City of Newcastle as title sponsor, will include windward-leewards off Newcastle Beach and a passage race on Stockton Bight.

To deliver the best possible on- and off-water experience, NCYC has brought aboard Denis Thompson as Principal Race Officer and Rob Brown OAM as event manager.