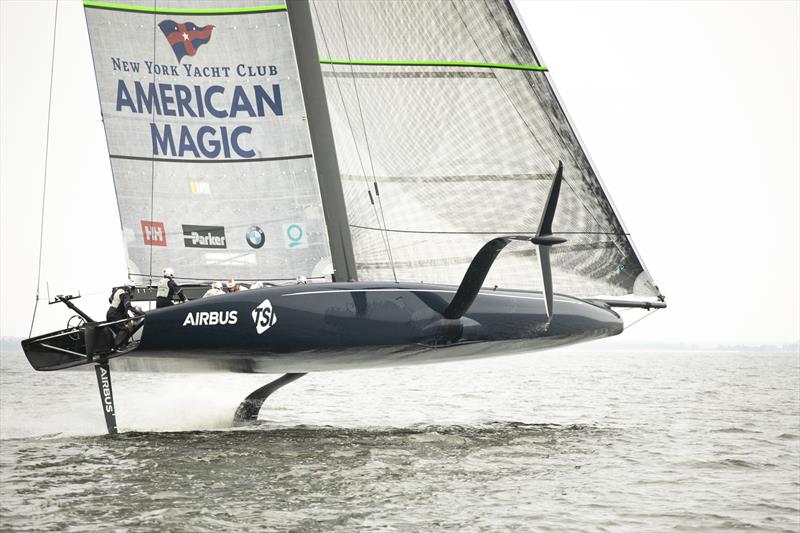 New York Yacht Club will not be backing American Magic for the 37th edition of the America's Cup. Pic - American Magic/Dylan Clarke

In a letter to the Trustees of the New York Yacht Club, the Flag Officers of the Club announced the Club was pausing its pursuit of the America’s Cup.

“There are few private clubs that enjoy a stronger bond with a single competition than the New York Yacht Club does with the America’s Cup, which we founded and held for 132 years. However, we ultimately have a responsibility to act in the best interests of our membership. Given the continued uncertainty regarding the 37th America’s Cup, we have decided to pause our challenge for this edition.

“For more than six months, the New York Yacht Club along with other potential challengers have waited for clarity regarding the venue, timing and rules for the 37th America’s Cup. Time is never on the side of new teams in this great contest, but at some point, we must recognise when there simply isn’t enough of it left to build a competitive challenge.

“We will continue to advocate for what we believe to be essential changes to the structure of the America’s Cup. This evolution will retain the competition’s unmatched history and appeal while enabling it to compete on today’s increasingly competitive modern sports landscape. Our passion for this competition remains as strong as ever.

“Stars+Stripes USA, led by members Mike Buckley and Taylor Canfield, will carry forward with their plans to challenge for the 37th America’s Cup. We wish them the best of luck. They represent the future of American yachting.”