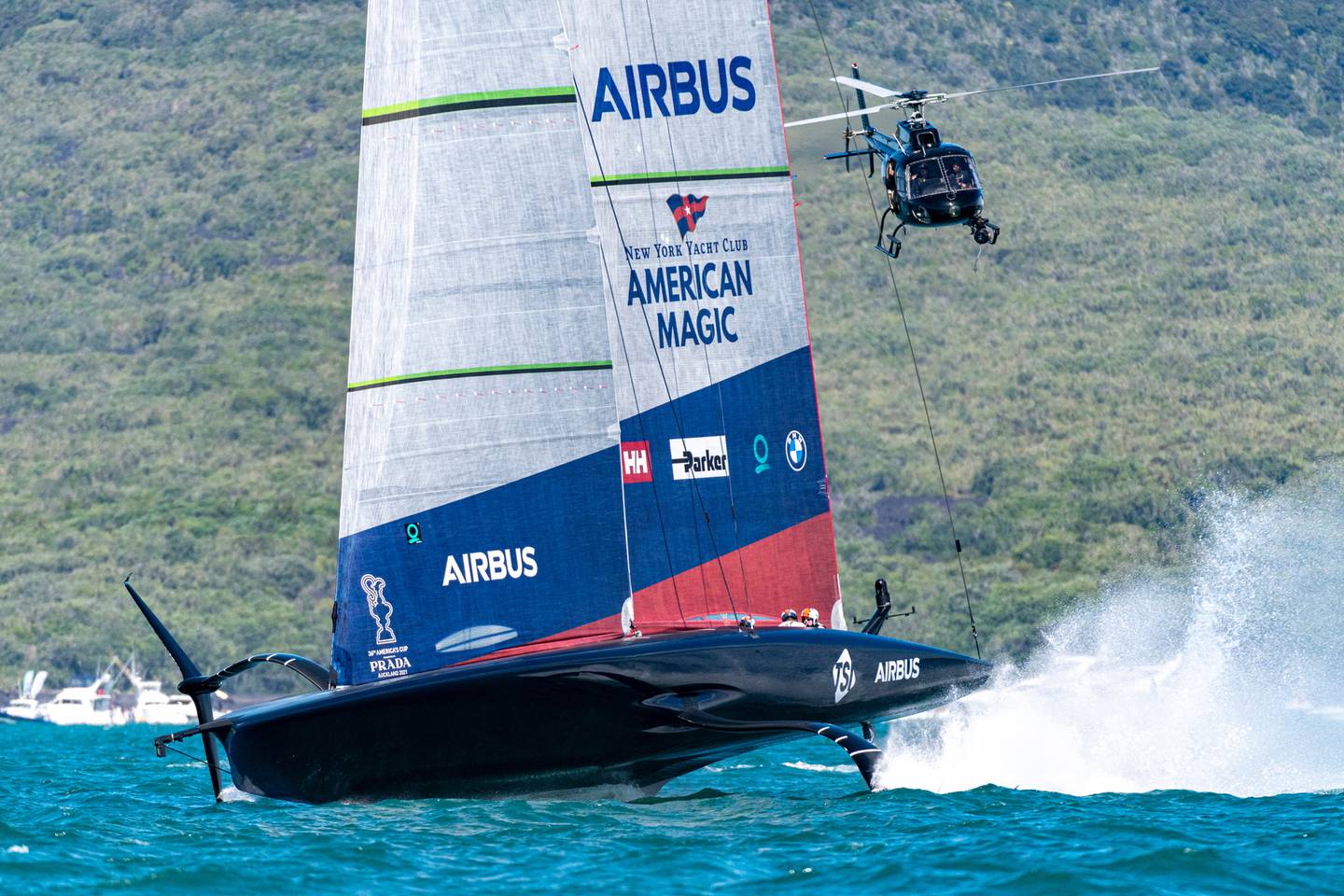 New York Yacht Club's American Magic in action during their final race of the Prada Cup in January. Pic - Photosport

The New York Yacht Club, which backed American Magic in the 36th America’s Cup in Auckland, has written to members saying it won’t challenge the 37th edition of the event in 2024.

It’s understood American Magic, led by Terry Hutchinson, still intend to be part of the next America’s Cup and has found another as yet unnamed yacht club while retaining its two team principals.

For the full story, see: https://www.nzherald.co.nz/sport/sailing-new-york-yacht-club-decides-not-to-challenge-37th-americas-cup/SRLKTTNBSFUB5V2DOABAECG6A4/