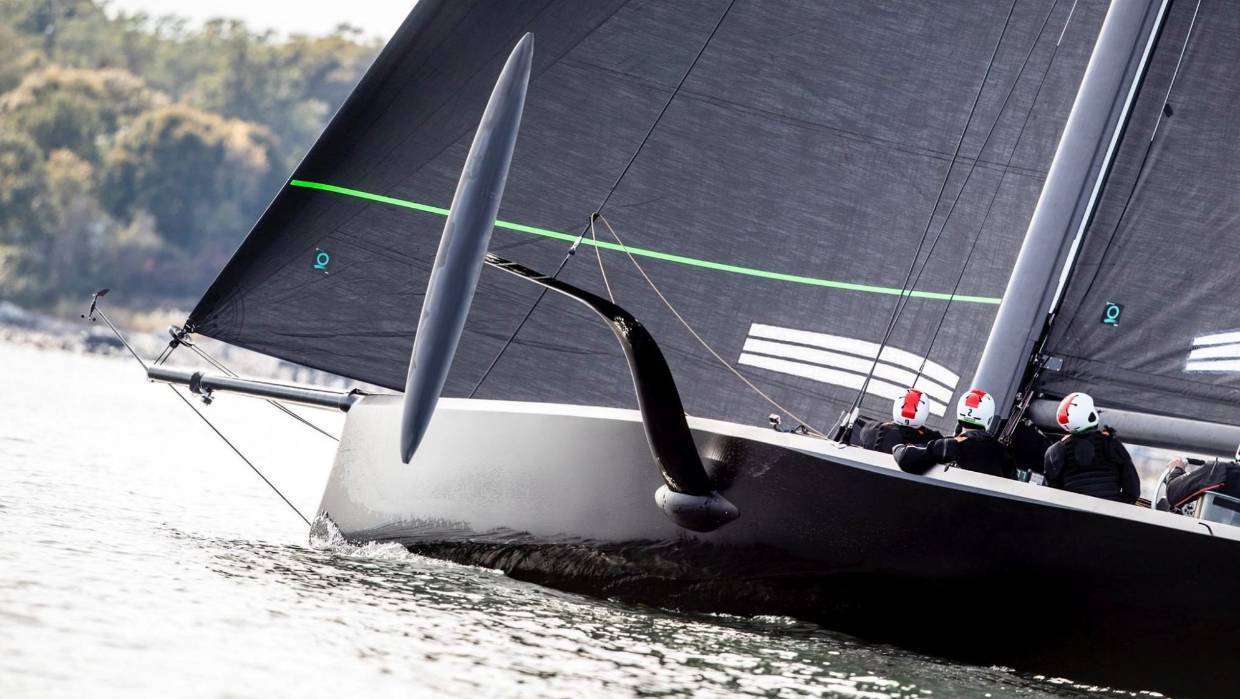 The New York Yacht Club's American Magic have their test boat in the water as they work on their design for the 2021 America's Cup in Auckland. Photo American Magic.

The New York Yacht Club are the second 2021 America's Cup challenger to launch a test boat.

American Magic revealed on their Facebook page images of a weekend launching in Rhode Island of a monohull with foils, looking to be just under the 12m permitted length for test boats for the 75-foot foiling monohulls to be used in Auckland.

That leaves America's Cup holders Emirates Team New Zealand and Italian challenger of record Luna Rossa still to show their hand in the test department though the Kiwis are understood to have been doing plenty of work on a simulator which was the basis of their leadup work to the successful challenge in Bermuda last year.

The British and American test boats have noticeable differences. The Brits have used an open deck layout while the Americans have opted for a cockpit approach with separate areas for the helmsmen and crew on both sides of the boat.