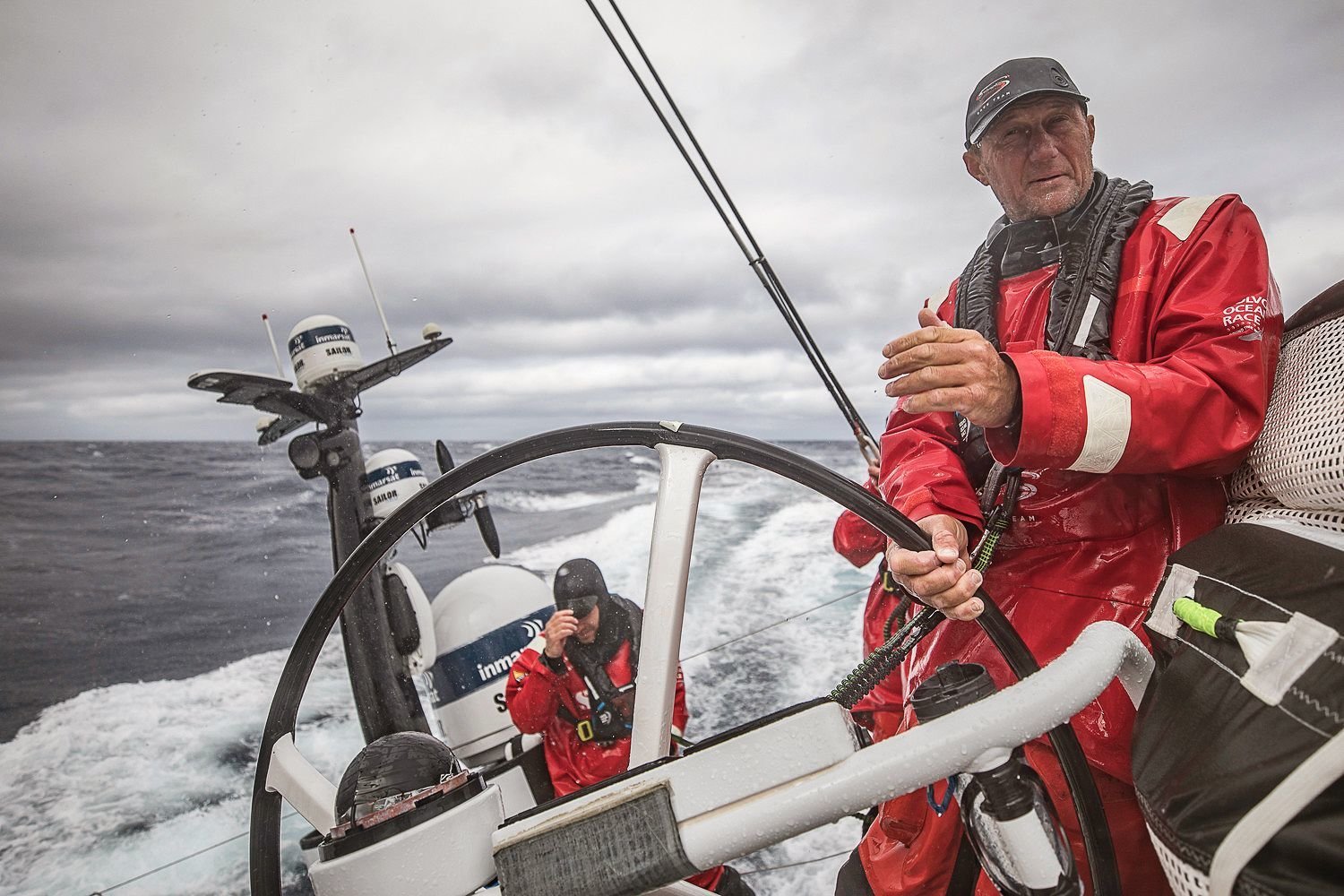 It is not often that the mainstream media takes an interest in sailing. It is even less often that they write a detailed article. As always, it is disaster that attracts them, but we thought we would share this well-written piece from Chris Museler of the New York Times which examines exactly what happened when John Fisher was lost from Scallywag  in the middle of the Southern Ocean:

Libby Greenhalgh was wedged into the navigator’s seat below decks on the Sun Hung Kai-Scallywag when the helmsman shouted repeatedly, “Man overboard.”

It was before dawn on March 26, and 35-to-45-knot westerly winds had been violently thrashing the competitors in the Volvo Ocean Race for weeks, since they left Auckland, New Zealand, and headed for Itajaí, Brazil, in the seventh leg of the round-the-world event.

The helmsman hit the red man-overboard button at the wheel, which records the boat’s GPS location. But in those frantic moments, the button was not depressed for the compulsory four seconds it takes to record the spot.

Greenhalgh instinctually locked in the boat’s coordinates — 1,400 nautical miles west of Cape Horn in the Southern Ocean — into her navigation software, which shows the boat’s track on a digital chart. That was roughly the position where the crew’s safety officer, John Fisher, 47, was knocked over the side of the boat.

Rapidly calculating in her head how Fisher would drift in the frothy, cold peaks of the waves, Greenhalgh drew a search pattern on her screen. Fisher was miles behind by the time the boat was under control and pounding back upwind into the waves.

Greenhalgh directed the crew, shouting into the intercom. Four and a half hours later, with no sign of Fisher or the inflatable buoy and life ring the crew deployed, she radioed Race Control in Alicante, Spain, that they were suspending their search.

Making sense of the tragedy has been difficult for even these elite, professional sailors. The Volvo crews are drilled relentlessly on recovery of a person overboard, and the latest locator beacons are provided to each sailor. Sailors are also given inflatable harnesses with tethers to clip into the boat.

Still, sailors continue to die while racing at sea. Fisher is the second sailor fatality in an ocean race in the past five months. In November, the same stretch of water claimed the life of Simon Speirs, 60, a crew member in the Clipper Round the World Yacht Race for amateur sailors. In that accident, the clip for Speirs’s safety tether broke and he was washed overboard. He was recovered but had died of apparent drowning and was buried at sea.

Read the full article, including why no electronic beacon directed the boat to their crew mate, at the New York Times.