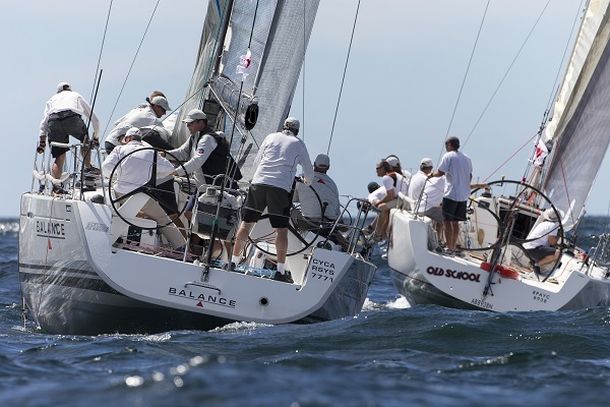 Middle Harbour Yacht Club is pleased to announce a new major sponsor for the Sydney Harbour Regatta to coincide with the 10th anniversary of NSW’s largest sailing event.

To be held on the weekend of 7-8 March, organisers urge prospective competitors to enter before 2400 hrs on Friday 13 February 2015 to avoid the late entry fee.

Courtesy of new sponsors Air New Zealand and Island Escape Cruises, entrants in the event will be eligible to win a trip for two to New Zealand for a six-night luxurious cruise around the Bay of Islands. Comprising 12 elegant and spacious suites, the 42 metre ship offers an intimate and sophisticated atmosphere. The total package is valued at over $9000.

Each division placegetter will go into a draw which will take place at the Sydney Harbour Regatta prize giving.

Competitors will get a another chance, when a second drawing is held for a three-night holiday escape to beautiful Hamilton Island in the Whitsundays for two. Accommodation at the Reef View Hotel includes a full buffet breakfast. (Airfares are not included).

Long standing major sponsors, Helly Hansen and Sydney City Marine maintain their presence. Helly Hansen, the prominent sailing, skiing and adventure clothing company has reconfirmed its commitment, signing for a further three years with MHYC and the Sydney Harbour Regatta. Not only will it be supplying prizes to divisional winners, but is also providing great giveaways in the Skippers Bags.

Robert Oatley Vineyards, the reincarnation of the Oatley family winemaking dynasty, will once again provide some of its famous product from the five-star winery to division winners of the event, which is expected to attract over 300 boats.

And Rocks Brewing also joins a growing list of new sponsors and will be supporting the event with its specially craft-brewed beer over the weekend.

There is also the Premier and Performance Classes (Ocean Passage) for yachts, while one-designs including MC38, Adams 10, International Dragon, Etchells, Melges 24 and 32. NSW Championships will be held in the Yngling, VX-One (OD) and Cavalier 28 classes, with healthy interest already shown in each.

The Super 30 Class, which can boast 20 entries so far, will be scored on PHS results not AMS in 2015. Courses will consist of three windward/leeward and two Sydney Harbour races, instead of the usual six windward/leeward races.

In the evolving Performance Class Spinnaker and Non Spinnaker classes, organisers have decided the time has come to split the two fleets into divisions, providing a colourful display.