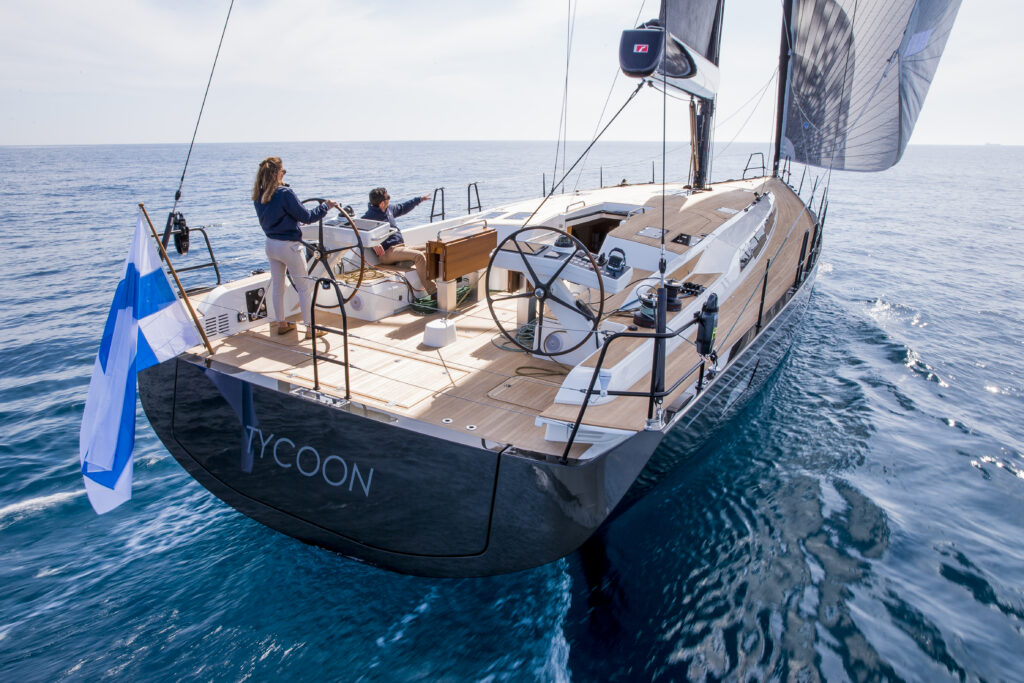 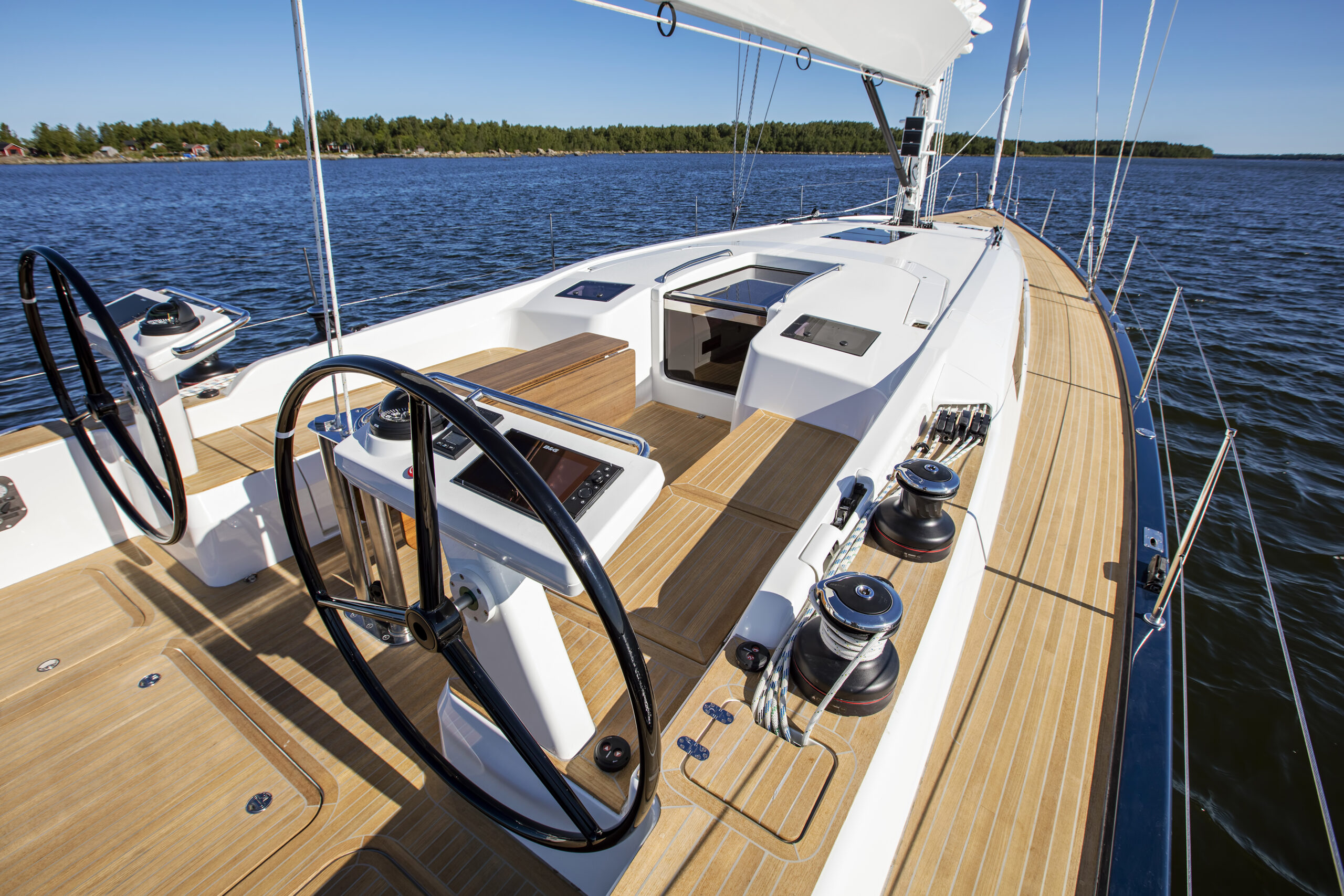 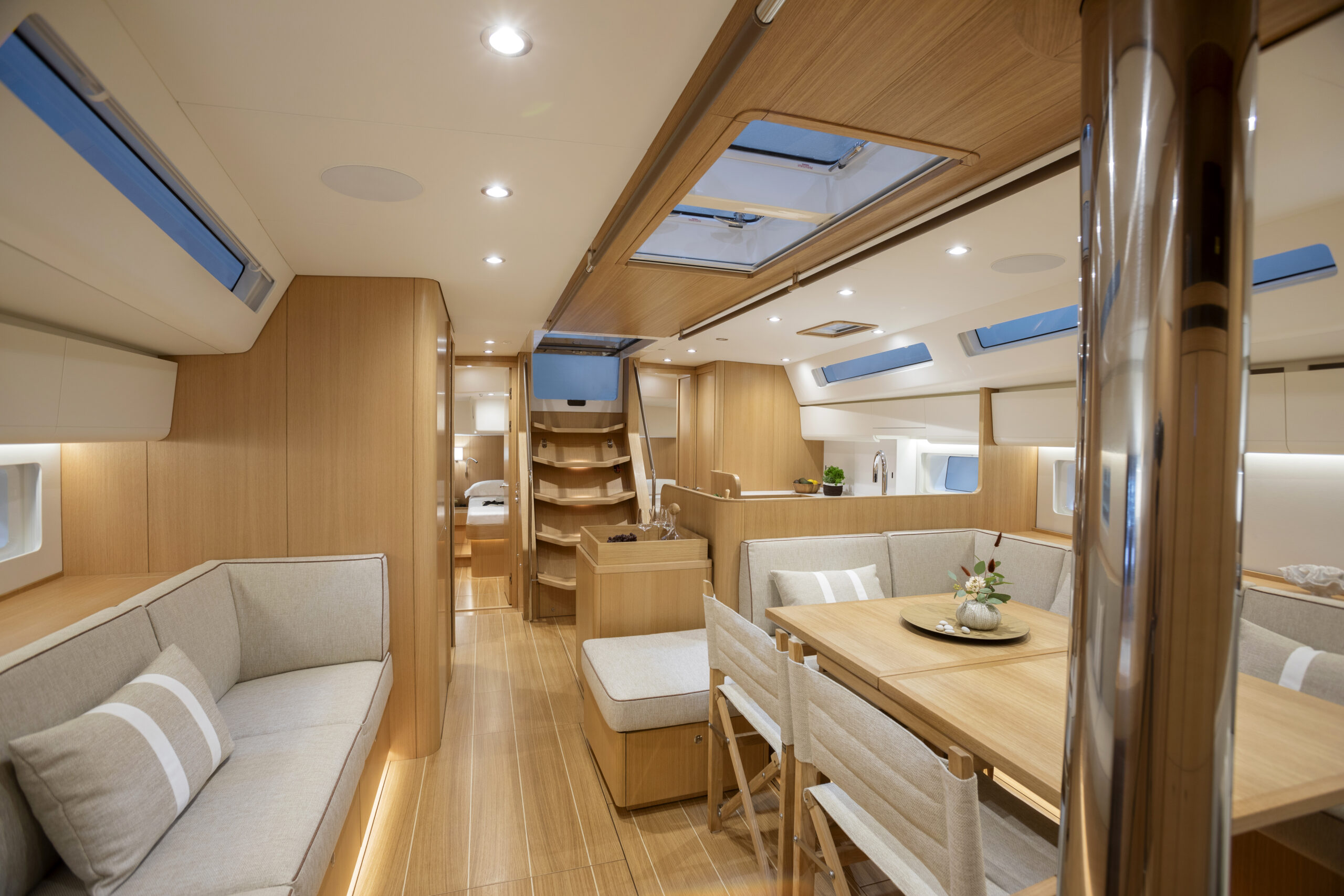 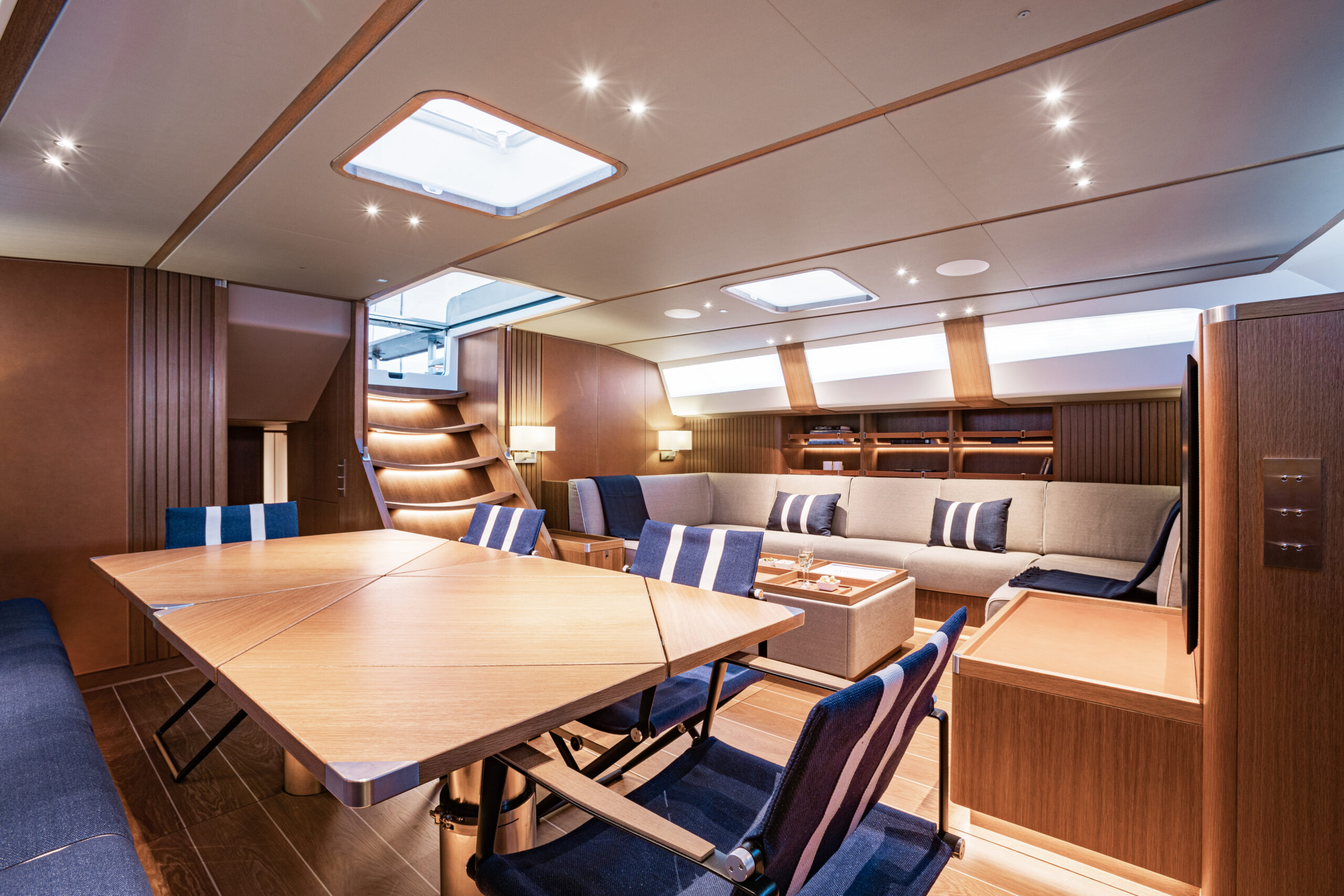 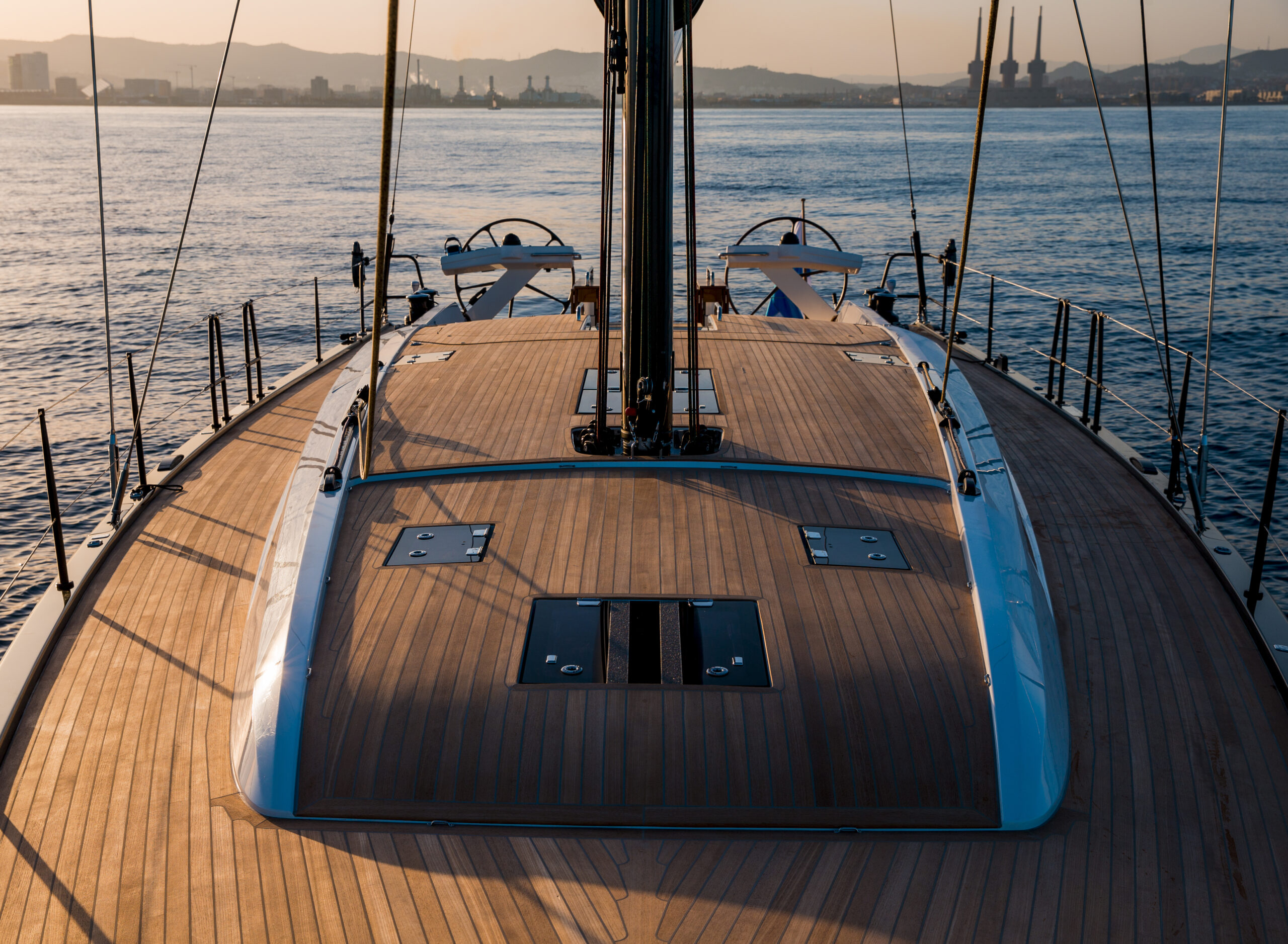 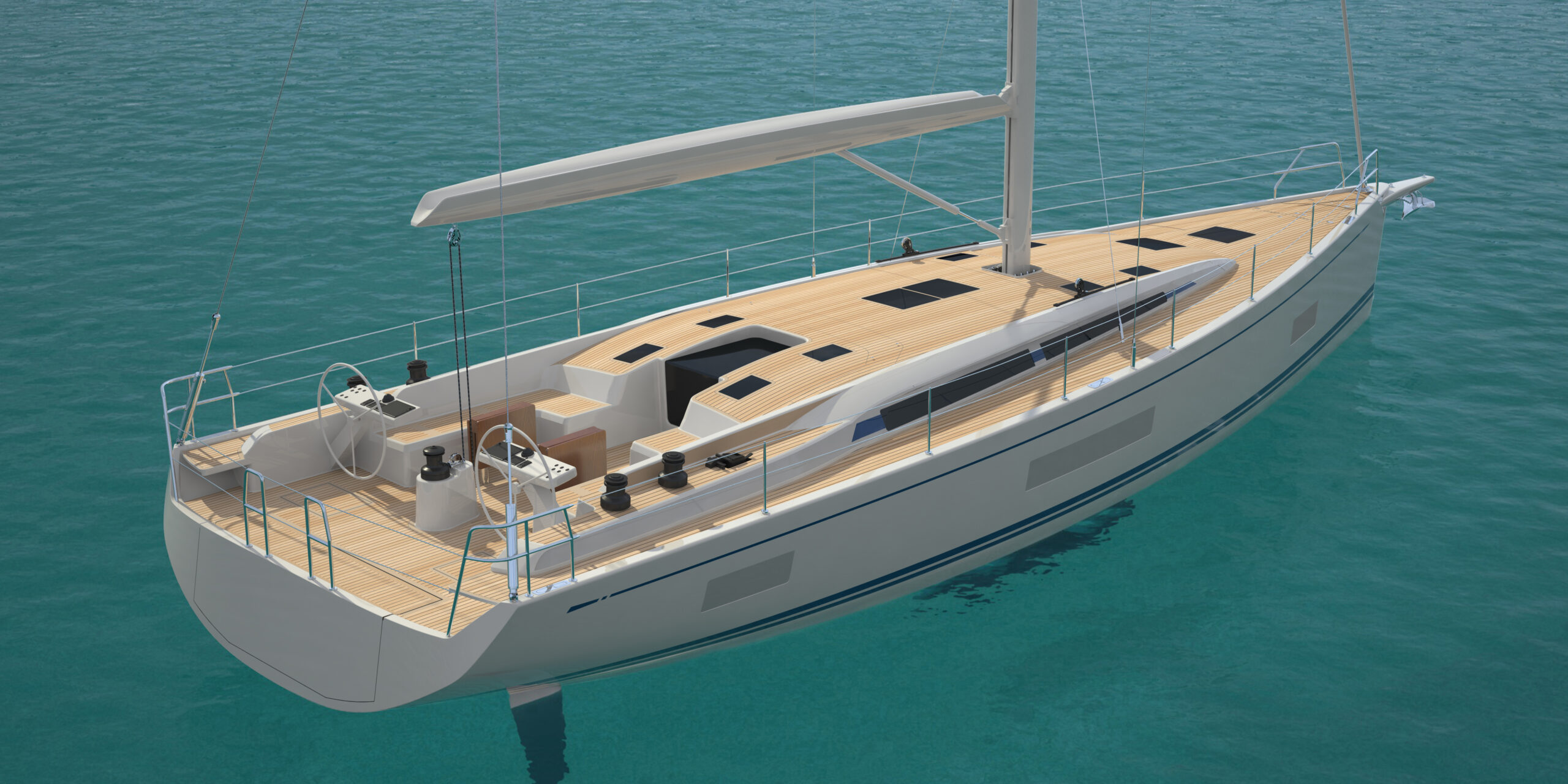 Nautor’s Swan is leading the sailing yacht market (from 10 to 40 plus metres), with the launch of new products throughout its three divisions.

The strategy of dividing into the three distinct product lines proved to be successful and enables Nautor to respond to the different needs of very different audiences.

At Cannes Yachting Festival 2021, from September 7-12, Nautor’s Swan will be welcoming its guests to several significant debuts in the sailing segment: the Swan 58, with seventeen units sold, the Swan 98 with three units delivered and a fourth under construction. In addition, their smaller sister, the Swan 55 project has been launched and she has already three happy owners looking forward to sailing her.

The Swan Line, with the best-seller Swan 48, the new Swans 55 and 58, the 65 and 78 are meant for those owners with the passion of the sport of sailing either for cruising or racing, and mark the new generation of Swan yachts.

The new era of Maxi Swans starts with Swan 88 with the project launched last December and the first unitsold with full diesel-electric propulsion. The Swan 98 with four units sold, three of which are already sailing the Med. Hull number 002, Drifter Cube is on show at her France Début in Cannes while hull number 003, Alix II, will be presented in Monaco.

The Swan 108 project has been presented last May in Portofino and the first hull sold. The Swan 120, hull number 001 is all ready for her Worldwide Première at the Monaco YachtShow. ClubSwan Yachts are full racing boats where performance and innovation are the pillars.

With the presentation of ClubSwan 50 in 2016, the ClubSwan 36, launched in May 2019, the ClubSwan 125, launched last July and having just achieved line-honours at the recent Rolex Fastnet Race, and the ClubSwan 80 under construction at Persico Marine, Nautor’s strategic partner for this model, the yard is determined to change the pages in sailing history with high-performance yachts based upon cutting-edge design principles: innovation, technology and performance.

The Motor Yacht division completes the picture with the launch of the 42’ Swan Shadow, which has been widely welcomed by the market. Since her launch last January, the yard has sold seven units with three already cruising with their happy owners.

“We strive our best to deliver an experience to create unforgettable moments onboard and ashore! This has been my task since I bought the yard,” said Leonardo Ferragamo, Nautor Group President. Since Ferragamo bought the yard in 1998, his idea was to make a 360 degree brand out of this iconic yard.

Since then, the team has been working very hard and with great commitment to gift their owners and clients with the experience of a lifetime, developing new solutions and building different services within the company to allow the yard to remain hand-in-hand with their clients, right from the very beginning of their journey.

ClubSwan racing is the latest addition to the Nautor’s Swan World. Last May, the Tuscany Challenge, at Marina di Scarlino, kicked off the start of ClubSwan Racing, a division headed by Federico Michetti to organise its one-design and rating regattas and provide competitive owners with unprecedented levels of service and support.

The Tuscany Challenge was the first of four events in the exclusive Nations League. The second was the Swan Sardinia Challenge which took place in Porto Cervo from 23-26 June; then the Copa del Rey in Palmafrom 2-7 August. The Nations Trophy, one of Nautor’s pinnacle events revamping the competition between nations will be held in Palma from 15-18 September with more than 30 one design yachts already registered.

The final standings are determined after the Swan One Design Worlds in St Tropez, which runs from 14-17 October. In Northern Europe, the legendary Nord Stream Race will see ClubSwan 50 crews compete over the 1,000nautical-mile course between Kiel and St Petersburg from September 4 to 17.

A new Trophy was created for the occasion by the artist Maria-Sole Ferragamo, So-Le Studio.A new event is being launched this year for Swan owners based in Asia. Held at Japan’s Riviera Marina, the Swan Asian Regatta aims to attract owners from all over the region for three days of racing from 29-31October.

A full calendar for One Design is about to be launched for 2022, with the organization of the most awaitedevents for Swan Owners, the Rolex Swan Cup: ClubSwan Racing has ambitious plans to broaden Swan racing, with regional regattas in the USA, the Solent, Baltic and Mediterranean.