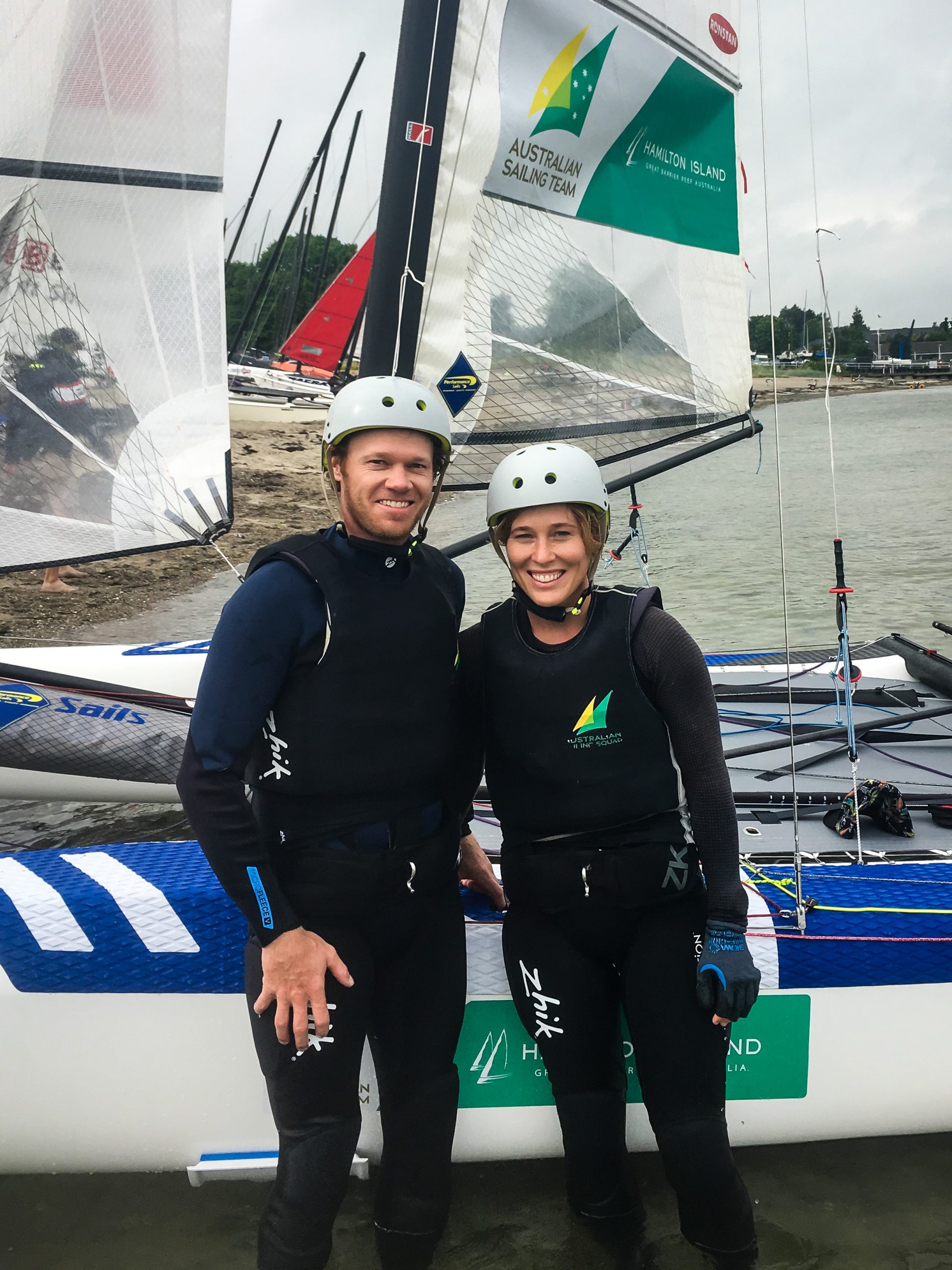 Australia’s sailing stocks are set for a major boost with brother and sister duo Nathan and Haylee Outteridge returning to Olympic class competition in the Nacra 17 at the Kiel Week regatta in Germany, starting tonight (AEST).

Australian Sailing Team pair Jason Waterhouse and Lisa Darmanin won the Nacra 17 silver medal at the Rio Olympics in 2016. The addition of the Outteridge siblings could help spur Waterhouse and Darmanin to a new level in their quest to add to their success representing Australia at the Tokyo Games in 2020.

“I’ve been around the Australian Sailing Team for a long time and want to support our athletes wherever possible to ensure success, particularly in the lead up to 2020,” Nathan Outteridge said.

The Nacra, which last year became a full-foiling division, is enticing to Nathan, who sailed in the last two America’s Cups on foiling catamarans and competed over the Australian summer in the inaugural SuperFoiler Grand Prix.

“When the Nacra 17 class decided to go full foiling it became a very attractive class to be involved in for many people,” he said. “Foiling is the future of our sport and it’s great to see it finally happening in the Olympics.

“I have a lot of experience in foiling boats, ranging from the Moth to the AC50s that we raced in Bermuda last year, so I hope I can use that experience to help strengthen the Australian Nacra 17 squad.”

The 2012 Olympic gold medallist and 2016 silver medallist in the 49er said he looked forward to joining forces with his sister Haylee, who in 2012 reached a ranking of No.5 in the world in the 49erFX class.

“To be able to race with Haylee is a fantastic opportunity for me,” Nathan said. “We’re both determined individuals and I’ve enjoyed the learning curve that we’ve been on since starting our training at the beginning of this year.

“We’re in Europe for the summer, competing in Kiel Week, the European Championships and the Aarhus World Championships. It’s going to be a lot of fun.”

Haylee Outteridge said she and Nathan had been trying to make the most of every training session.

“Our biggest challenge has been getting enough time in the Nacra, though we’re really enjoying every hour we can get,” she said. “Nathan and I haven’t competed together since we were 5 and 10 years old, so to be sailing in an Olympic class together is really special.”

A large proportion of the Australian Sailing Team and Australian Sailing Squad will compete at Kiel, where Olympic class racing starts on Wednesday night (AEST). Among those in action will be Australia’s World No.1 470 crew Mat Belcher and Will Ryan, fresh from their win at the World Cup Series Final in Marseille, France.

Although not a member of either the Australian Sailing Team or Squad at this stage, another Australian 2012 Olympic gold medallist, Tom Slingsby, will also be competing in Kiel. Slingsby, who won the Laser class at London 2012, is competing in the Finn.

AST AND ASS REPRESENTATIVES AT KIEL