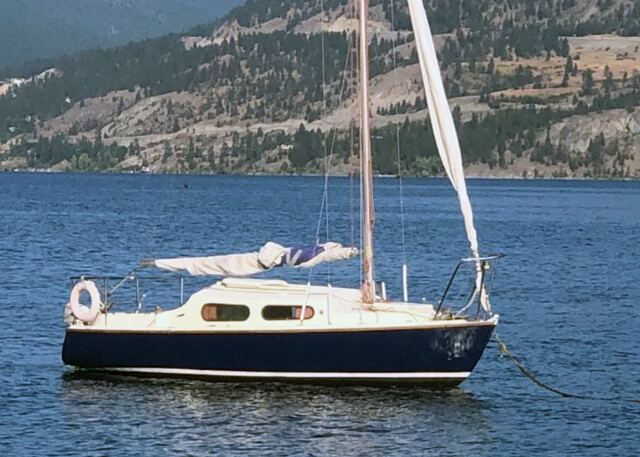 The sailboat that drifted on to a private dock in Canada.

The mystery of the floating sailboat has been solved.

Apparently, a group of people were on the boat Thursday night, when their motor broke down.

A Castanet reader called us and said he was on the water at the time, and helped tow their boat ashore at Bertram Creek Park. He says the group didn't know how to sail, and tied the boat up before leaving with some waiting friends.

The boat obviously came loose, and floated south, where it ended up coming to rest on a private dock.

Wondering what became of your sailboat?

If your sailboat went missing sometime Thursday night, you may be in luck.

Dave, who lives at the far end of Lakeshore Road at the southern edge of Kelowna in Okanagan Mountain Park, discovered the vessel about 9 p.m. Thursday. It had blown up onto his dock. He was able to retrieve it and tied it to a buoy.

He said he called RCMP, but found sailboats are not within their purview.

If not, half joking, he says under ocean law, if no one claims it, it's his.