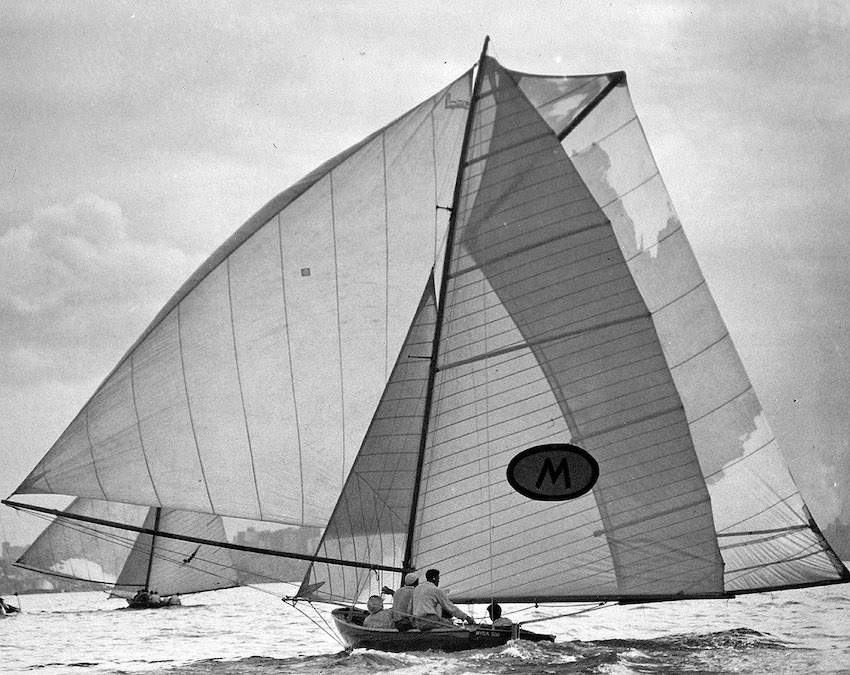 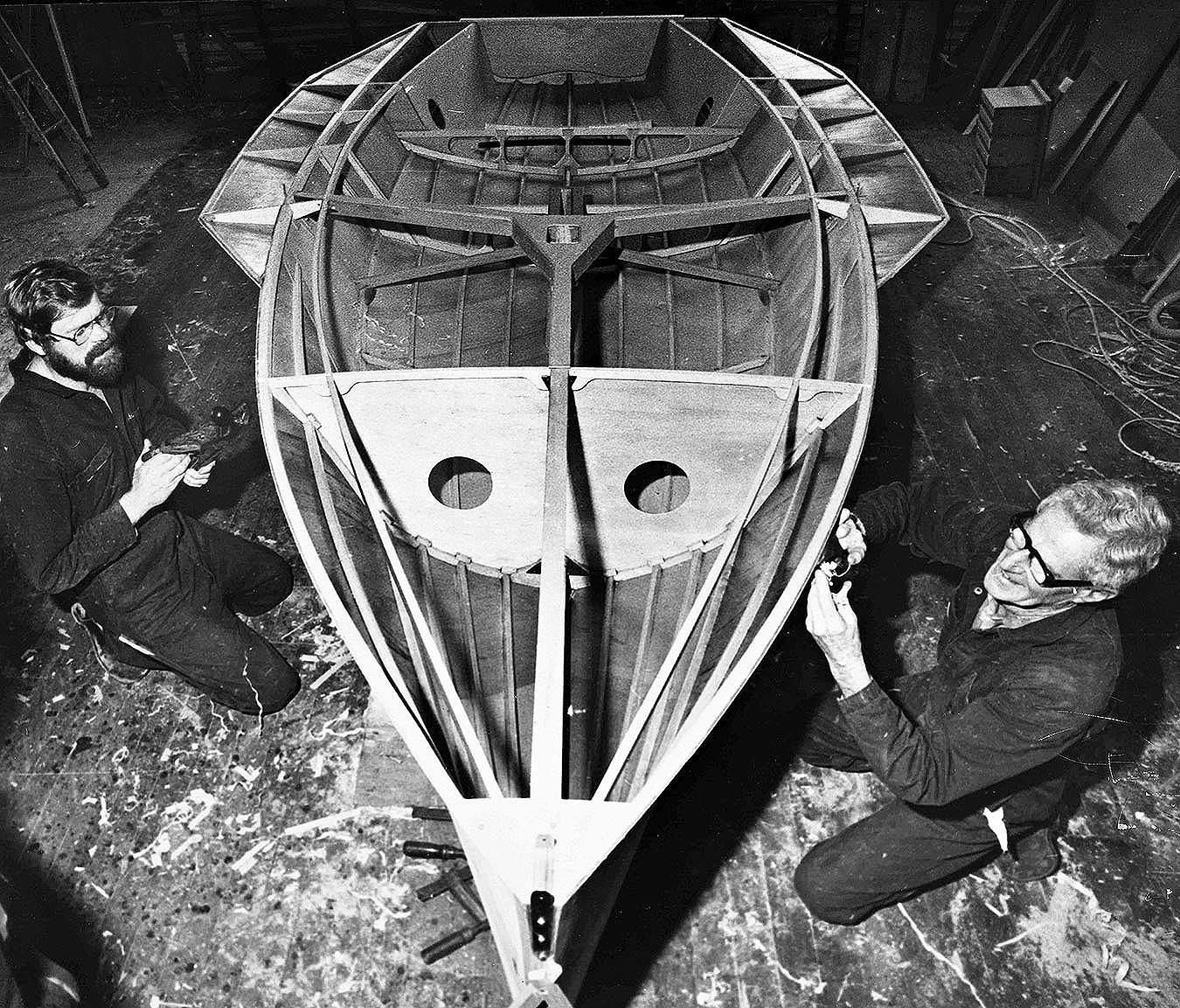 Bill Barnett, builder of the Frank Bethwaite-designed KB for Dave Porter in 1976-1977. 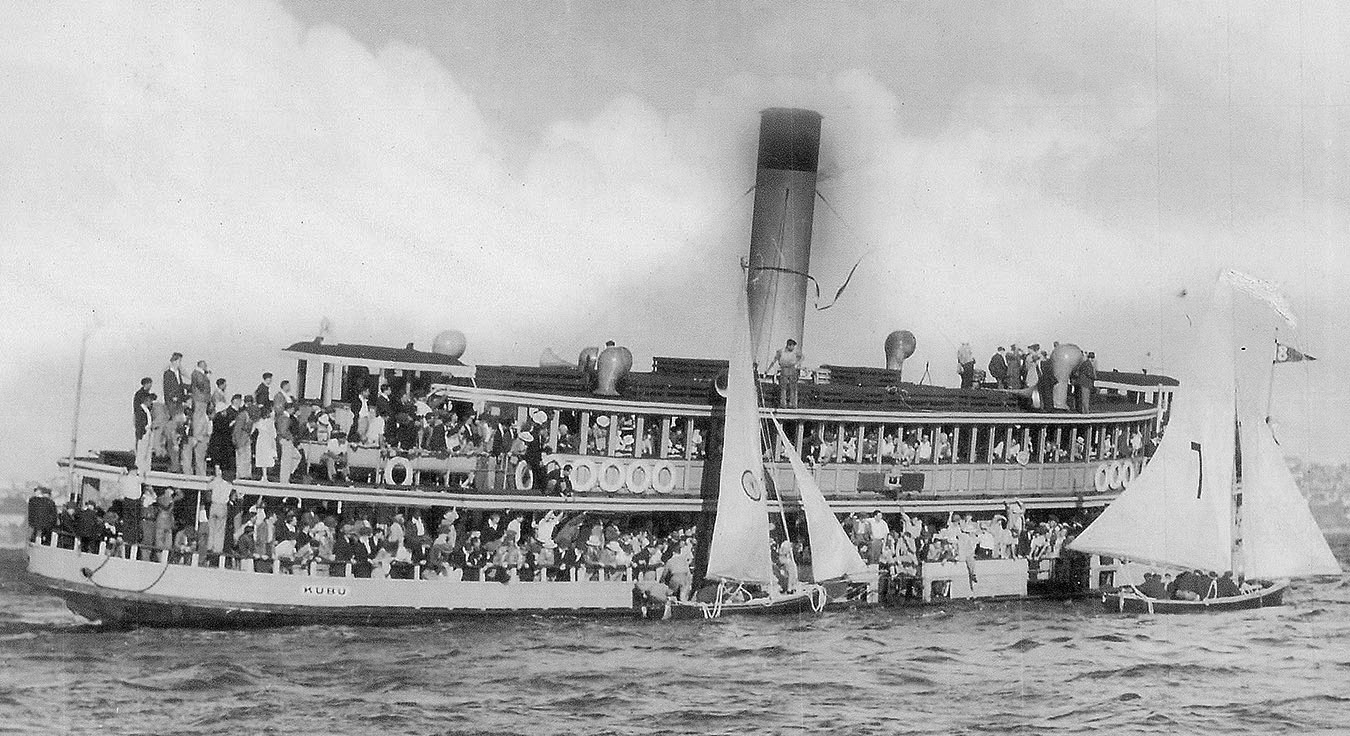 Ferry presentation for Myra Too. 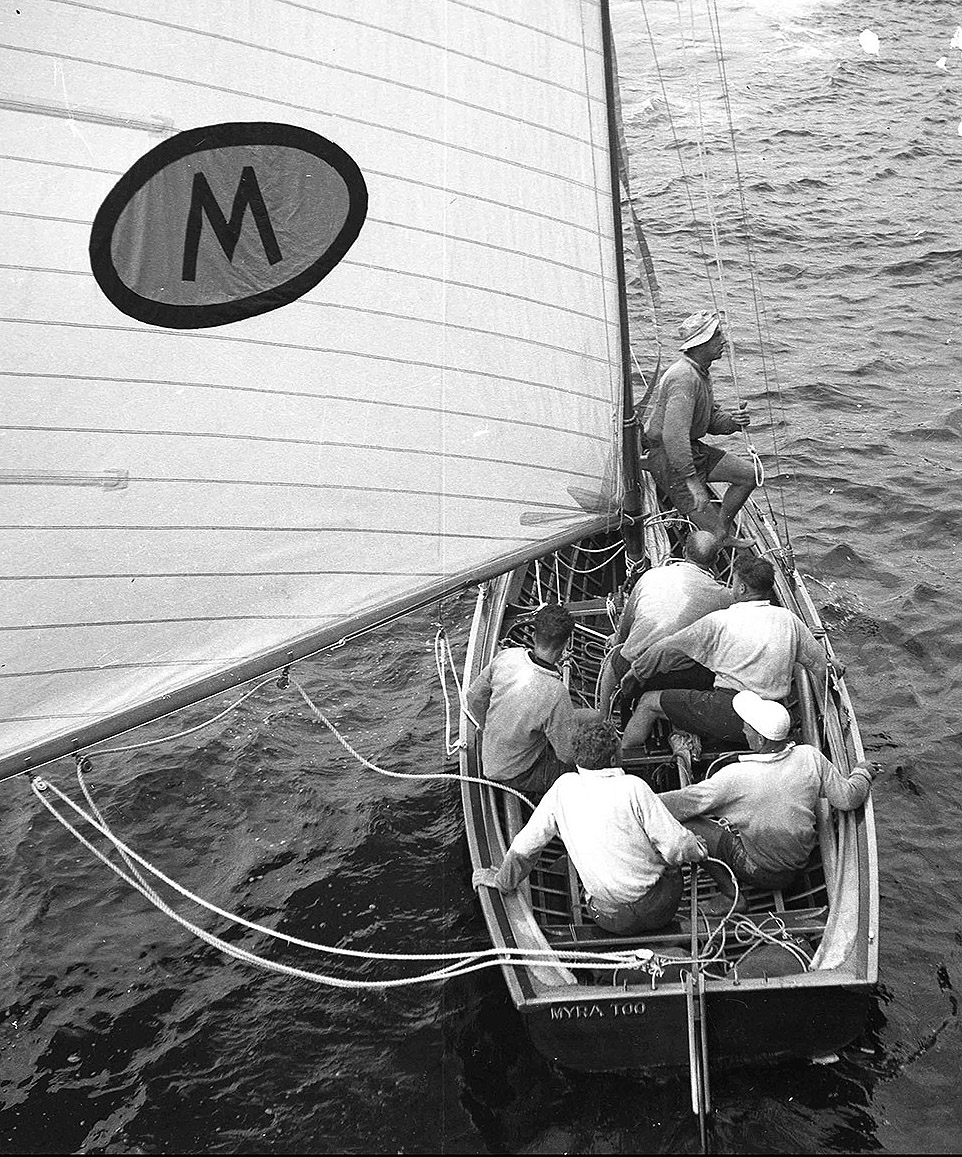 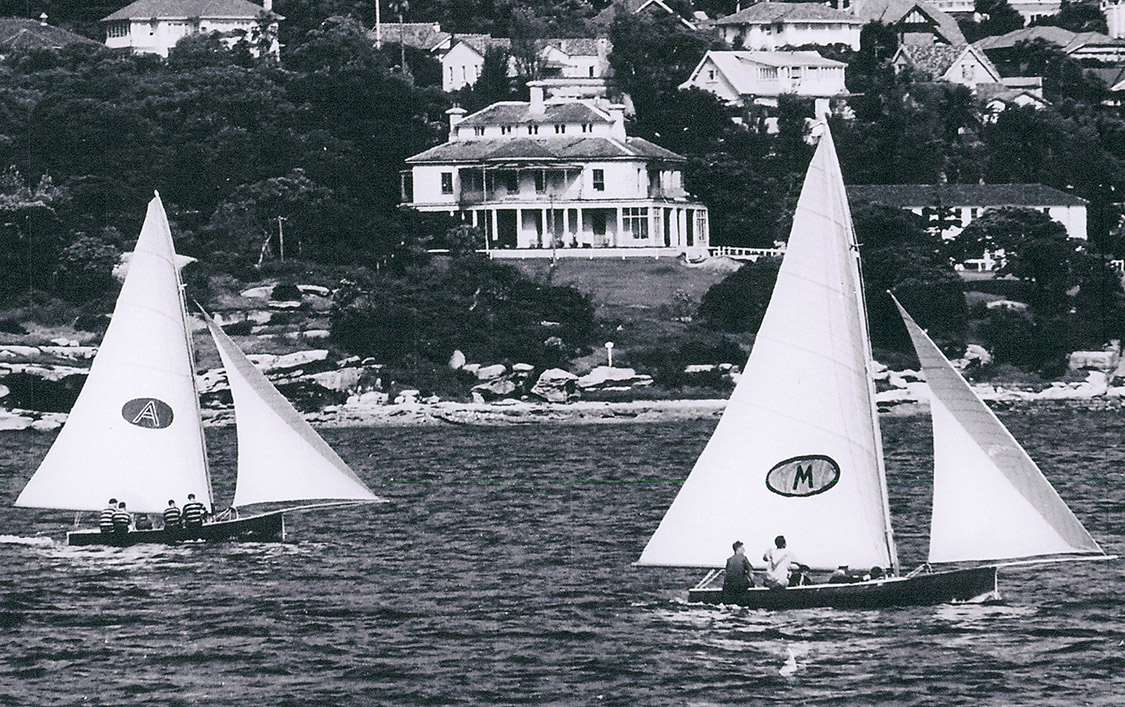 The following season, again in Myra, he was part of a six-boat NSW team which travelled north to contest the 1949-50 Championship on the Brisbane River but was unable to successfully defend the title.

Barnett and the NSW team was dominated by the Queenslanders and Barnett was unplaced in the regatta which was won by Lance Watts in Culex III.

In New Zealand at the same time, Jack Logan built a round bilge skimmer, named Komutu, with a transom bow based on a 50-year-old design by his father.

Komutu was far better than every other boat in the New Zealand 18 footer fleet and dominated the 1950 World Championship, which was sailed in Auckland, finishing 13 minutes ahead of the second-placed boat in Race 1, then winning Race 2 by more than 6½ minutes to clinch the title.

The prospects of the 1950-51 Australian Championship, followed immediately by the 1951 World Championship, being sailed on Sydney Harbour, led to five new boats being built in Brisbane and four in Sydney to take on the defending Australian champion, Culex III.

Barnett was determined to regain his Australian title. His design of Myra Too created a boat exceptionally suited to Sydney Harbour conditions and, along with a powerful Marconi-rigged big sail, had good, all-round speed in any conditions.

The Queenslanders were off to a flying start when their top three boats all finished ahead of Myra Too in the first race of the Australian Championship, which was sailed in a fresh SE breeze. A lighter breeze in each of the following two races enabled Myra Too to show off her new Bermudan rig and she easily won both races to take out the 1950-51 Australian title.

Focus then centred on the 1951 World Championship and the kiwi defence.

Jack Logan had sold the 1950 world champion and led the New Zealand team in his new round-nosed skimmer, named Tarua, but right from the beginning of the Championship, Bill Barnett’s Myra Too was the only boat likely to win the regatta.

Myra Too won Race 1 by a convincing 4m27s from Tarua. It then backed the win with another 2m victory in Race 2, although Barnett had to survive a protest from another NSW boat.

With the series already won, Race 3 was sailed in a stronger breeze, which was expected to better suit the skimmers. Myra Too was unbeatable and finished nearly 2½ minutes ahead of Tarua to make the 1951 World Championship victory official.

Logan later commented, “Myra Too was in a class by herself.”

In 2010, Bob Killick, Russell Debney and John Winning established The Australian Open Skiff Trust to help continue promote the tradition of open boat building and sailing in Sydney. They had a mission to replicate classic pre-1950 18 footer skiff racing by building and refurbishing famous skiffs.

Myra Too was an obvious target and in 2012 the Trust engaged Bill Barnett’s former apprentice Bob McLeod to build a replica of Myra Too with Australian National Maritime Museum curator David Payne drawing up the designs.

The original plans and half models for Myra Too were destroyed in the fire that tore through Barnett’s boatshed in 1971, leaving McLeod and Payne to work from a combination of skill, instinct, memories and old photos to create the replica, which was launched at Double Bay in 2013.