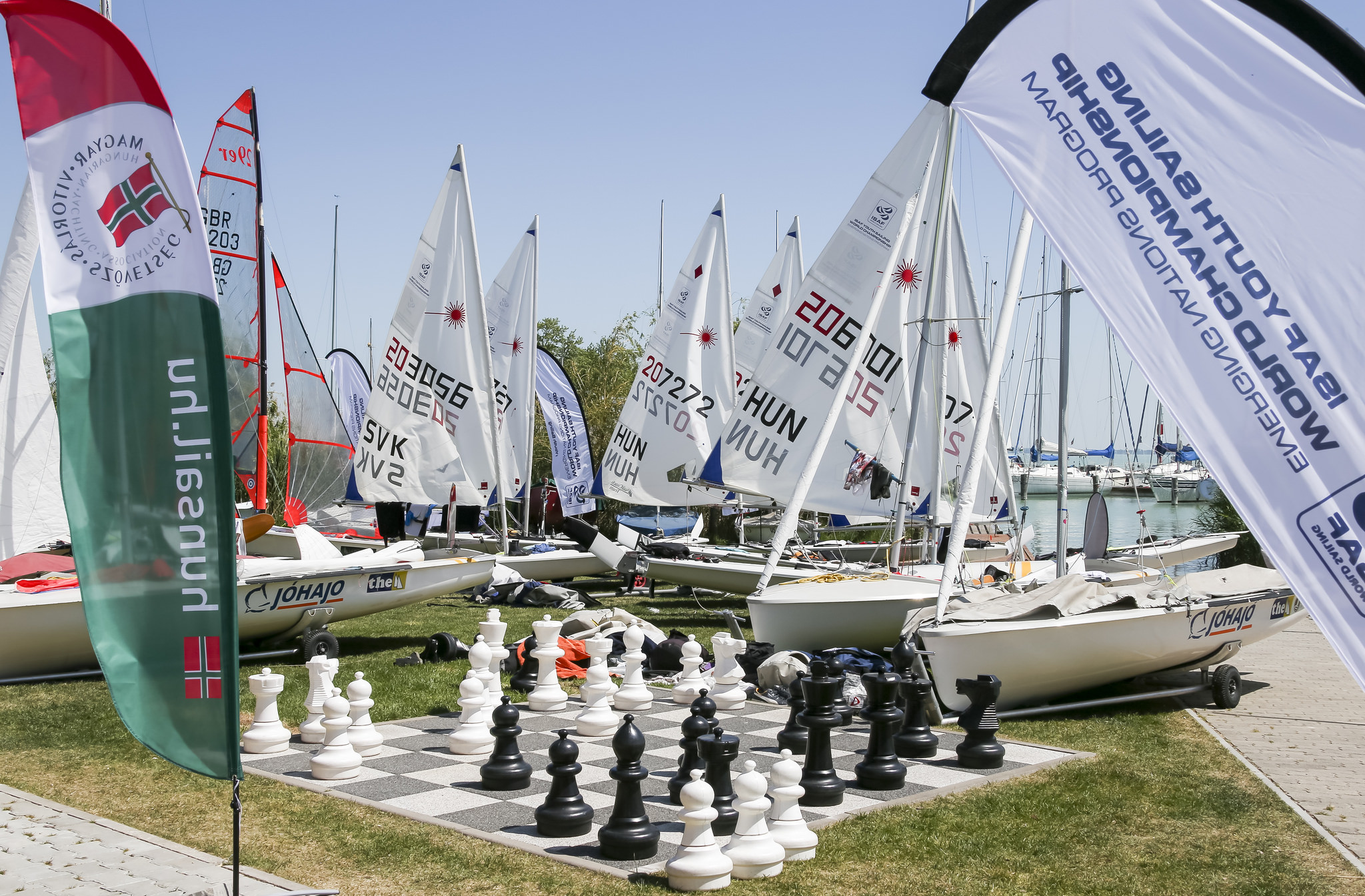 In sailing, a slight lapse of concentration is often the difference between first and tenth place. It’s vital that sailors keep their focus, look ahead and plan their attacks. This is the key to success but it’s all good and well saying that, but how can you train for that? A sports psychologist? Perhaps a well renowned coach? Or a spot of yoga?

For two South African sailors the answer is simple and it’s the world’s most popular board game, chess. A game of strategy, critical thinking, emotional intelligence, logic, mathematics and efficiency, the characteristics needed to be a chess grandmaster are incredibly similar to those required to become a great sailor. It keeps you thinking at least one step ahead of your rival whilst also provoking a rivalry, something the South Africans thrive on.

“We compete in everything,” smiled Hudson. Jim added, “We play a lot of chess against each other so it makes things a lot more competitive.”

Hudson continued, “[Chess] is very good for focusing and concentrating. It’s part of what we do and we have many competitive aspects but you need some good healthy competition amongst yourselves as a team and also amongst the whole South African squad to try and sharpen each other as much as we can.

“Chess is about thinking many steps ahead, about having a good strategy with clever tactics on top of your strategy. It’s about focus and concentration so it’s a natural fit for the mental part of a sailor’s game.

“We also enjoy it. It’s a great way to spend time in airports and wherever else we have time around the world.”

Jim and Hudson have been focused on their chess, as well as their sailing, ever since they teamed up for their first regatta, the 2011 Delta Lloyd Regatta in Medemblik, the Netherlands.

The regatta was the start of their journey to the London 2012 Olympic Games that stemmed from a conversation Hudson had with Jim on the water in Cape Town. Hudson asked Jim what his dream was and Jim answered, “To be an Olympic sailor.”

Jim, originally from a rural Eastern Cape township, had struggled in school and eventually left prior to their first regatta together. Shortly after Jim left school he teamed up with Hudson through the Race Ahead Foundation, set up by 1992 Olympian Dave Hudson, father of Roger.

The Race Ahead Foundation aims to motivate young, talented, hungry sailors from underprivileged backgrounds, giving them the sailing equipment and coaching required to succeed.

Less than one year after Jim and Hudson partnered up, they had qualified for the London 2012 Olympic Games.  They finished 26th out of 27 at London 2012 but their story had only just begun.

Over the Rio 2016 quadrennial they have made significant strides, moving up the rankings and claiming podium finishes along the way. A sharpened up campaign where they’ve focused on items such as concentration and tactical astuteness, all things required in a game of chess, have enabled them to achieve their goals.

On the mental side of the game, Hudson concluded, “If you take care of all the various aspects of preparation such as your equipment, your physical preparation and sailing preparation, and you do a really good job of it, then the mentality falls into place.

“If you can get yourself into that position and then normally, having your mind relaxed is something that falls naturally. If you take care of all the things you can take care of the best you can, then you normally enter an event in a great state of mind.”

The South Africans strong state of mind, exceptional relationship and continued progression has propelled them into a team firmly in contention and a top ten, or even top five finish is certainly not beyond the pair at Rio 2016.

Every sailor has a unique story to be told from how they got in to the sport to their journey to the Rio 2016 Olympic Games. In the build-up to the summer showcase, World Sailing will be exploring the various roads to Rio that some of the sailors have taken to get to the pinnacle of sport, the Olympic Games.