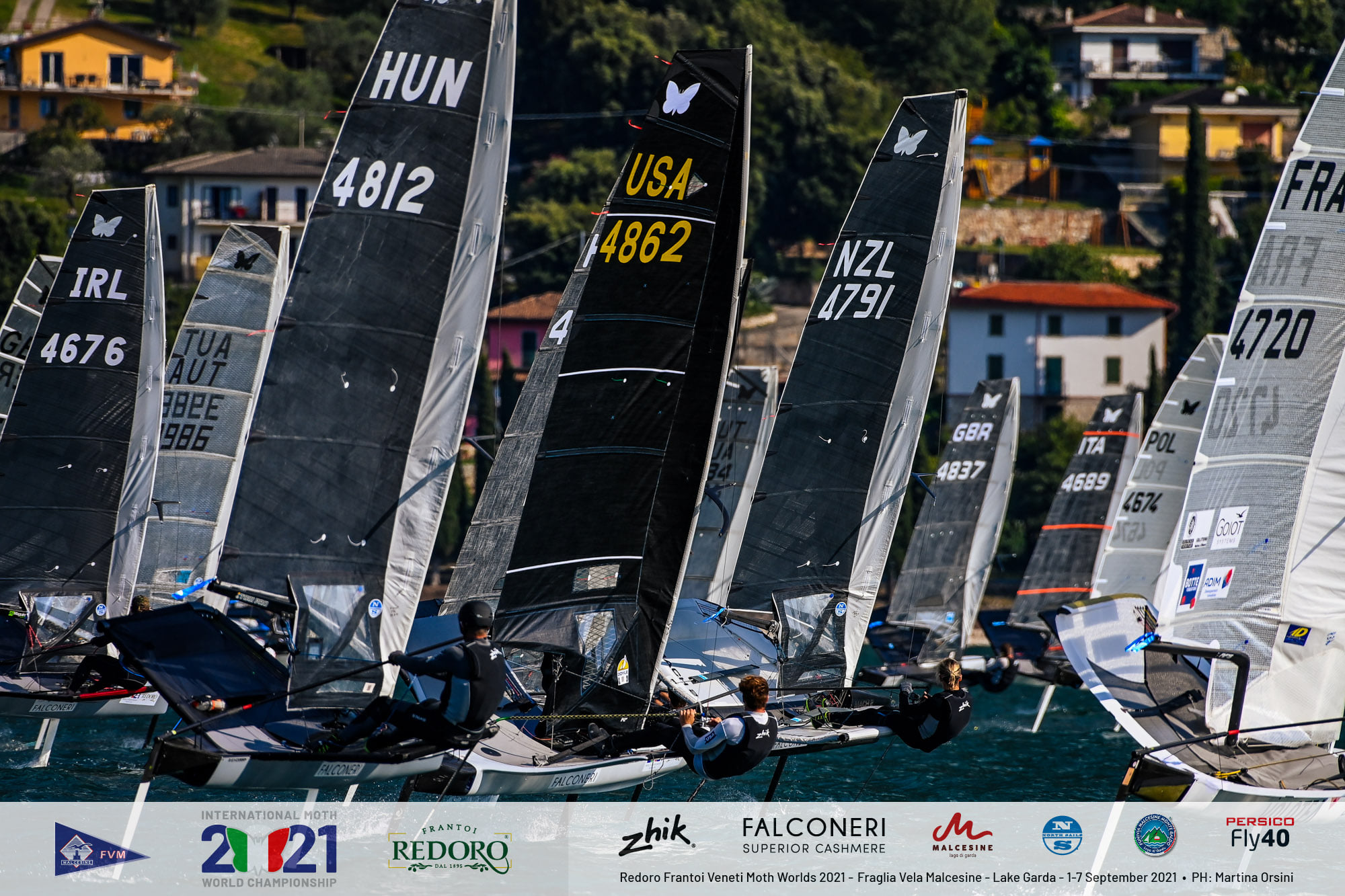 Over 150 sailors are competing in the 2021 Moth World Championship. Pic - Martina Orsini

Today at the Fraglia Vela Malcesine, on the shores of Lake Garda, the first day of the Moth World Championship took place; where over 150 athletes from more than 24 nations were on the water to hash it out on foils.

A stable 8 to 12 knots of breeze allowed for all six scheduled races, with strong performances from Australia’s Tom Slingsby and Iain Jensen.

Given the very high number of competitors considering the last years of the pandemic, the boats were divided into two fleets of equal number: the Yellow and Blue fleets.

Six races were held (three in each fleet), with the first start at 14:25 in order to give time to the Ora to stabilise.

The mid-range strength breeze, proved to be the perfect conditions to highlight the talent of some of the best sailors in the world that this competition has brought together.

The Yellow fleet saw Slingsby on top of the standings after three races, with 3 first places.

Currently second in the same fleet is Paul Goodison, England, closely followed by Italy’s Ruggero Tita, who recently won a gold medal in the Nacra 17 class at the Tokyo Olympic Games.

The Blue fleet is led by Jensen, with a performance that mirrored Slingsby’s three race wins. Second is Kyle Langford, Australia; third, also from Australia is Nathan Outteridge.

Jensen said, “I am happy with today’s three wins, on the first day of qualifying for the World Championship. The wind was absolutely perfect and stable for the three races, with really tight regattas. I can’t wait to get back on the water tomorrow for the second day.”

For the full results, see: https://fragliavela.sailti.com/en/default/races/race-resultsall/text/MothWorldChampionship2021-Malcesine-en