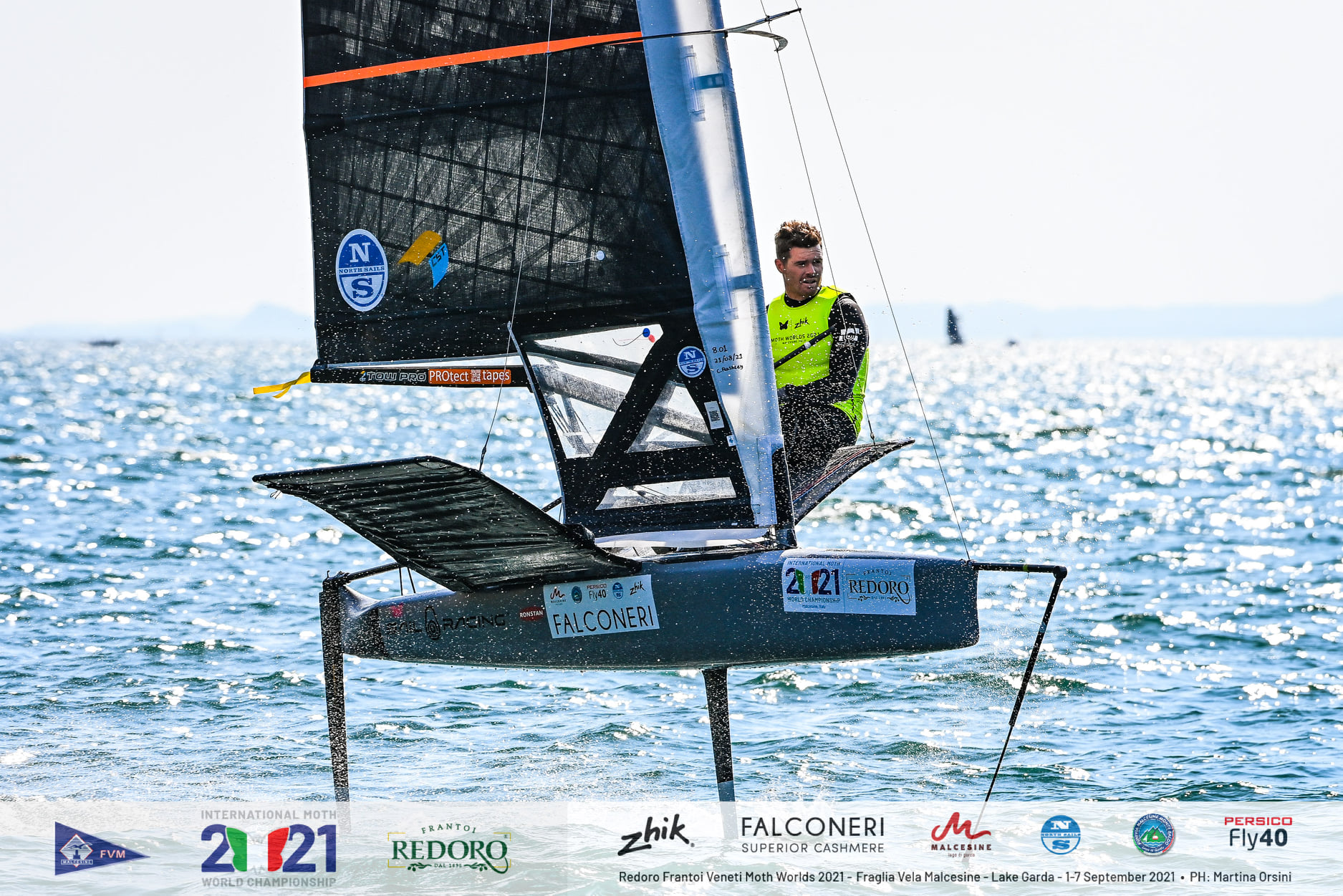 Five races with variable winds, tested the technical skills of the athletes on the second day of the finals at the Redoro Frantoi Veneti Moth World Championship at the Fraglia Vela Malcesine on Lake Garda.

But despite these challenging conditions, Slingsby still sits on top of the leaderboard with a 24-point lead over second place. New Zealand’s Phil Robertson has broken into the top five and Italy’s Francesco Bruni has climbed back to sixth overall.

The weakest Ora of the past few days forced the athletes to squeeze the most out of their boats. The last race of the day was particularly complex with the wind waning on Lake Garda.

The sailors in the Silver fleet started at 3pm in order to give the breeze time to stabilise. After two tight races the fleet leadership changed, with Philipp Hribar from Austria losing the lead to Denmark’s Frederik Just Melson.

Among the Gold fleet, the first position remains occupied by Slingsby on 10 points. He won all three races. Second is Iain Jensen, with a fifth place today and two sub-par races to be dropped. Nathan Outteridge closes out the podium, confirming an all-Australian top three.

Great Britain’s Paul Goodison is coming eight overall. Goodison said, “Fun day on Lake Garda, with perfect conditions for the first two races. The last was complicated with a weakening Ora; I did a lot of low-riding which with the new mast following yesterday’s accident did not help me much.

I almost beat Tom Slingsby in the second round, it would have been nice, but he’s going really fast.”

Tomorrow the warning signal is scheduled for 8am local time for the Gold fleet with two races scheduled, followed by two races for the Silver fleet.