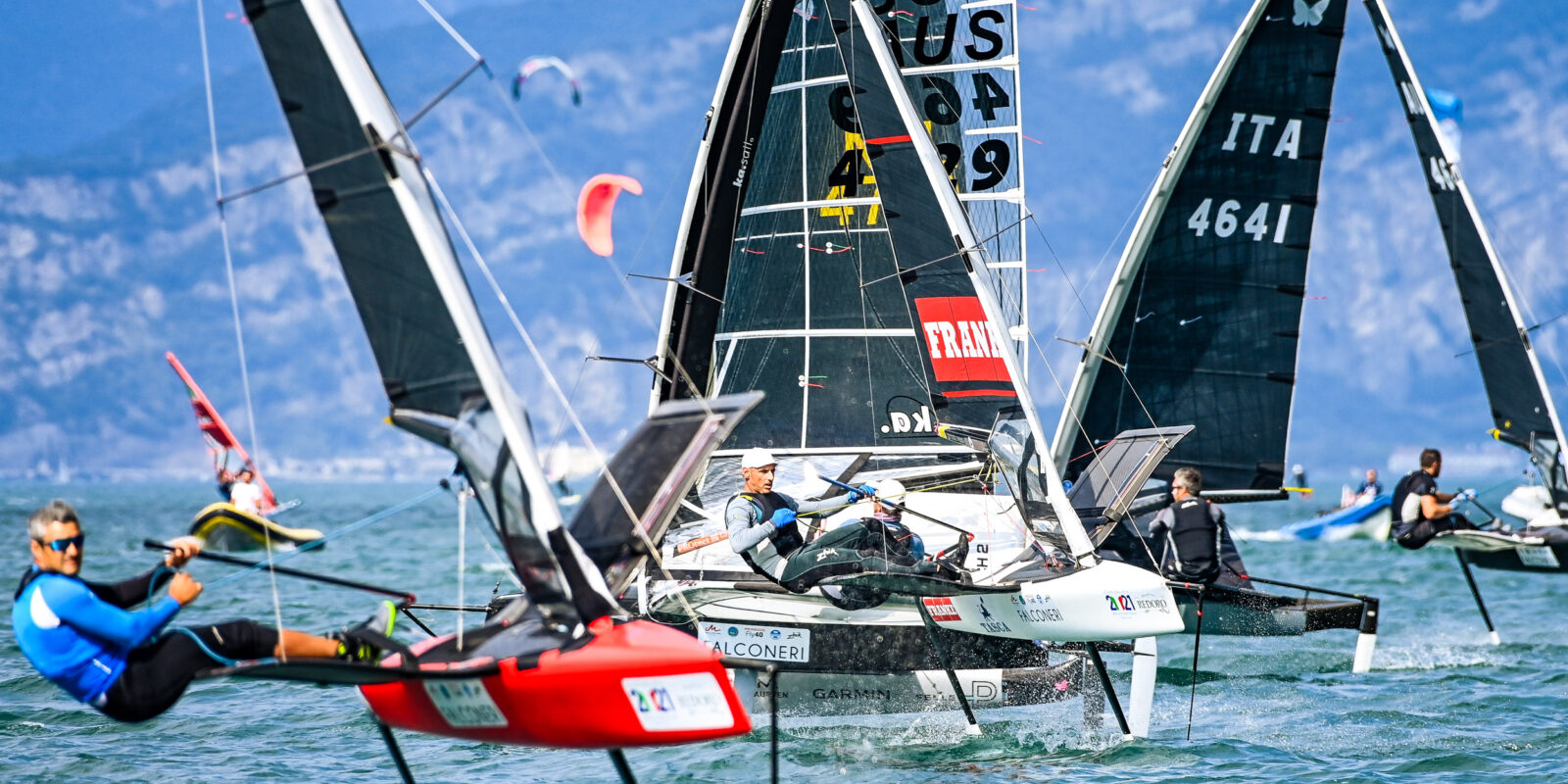 The fleet was split into Gold and Silver on the first day of the finals at the Moth World Championship. Pic - Martina Orsini

Australia continued its dominance on the first day of the Redoro Frantoi Veneti Moth World Championship finals at the Fraglia Vela Malcesine on Lake Garda, securing four of the five top positions.

The Ora remained for only five races. Unfortunately, a 60 degree wind shift before the last race for the Gold fleet meant that the race day was cut short.

In the Silver fleet, after only two regattas, is Frederik Just Melson, from Denmark in first place; second is Luka Dogan from Croatia, and third is David Smith white from Great Britain.

Italy’s Ruggero Tita, who is sitting in sixth place overall, said, “It was a difficult day because the Ora was not the classic one. I need to work on my starts but I’m happy with my speed.

“In the third regatta, unfortunately, just before the start I got off from the foils and was forced to a comeback race; luckily these are the conditions for which the boat is optimised so I am happy with the results obtained today.”

Tomorrow the warning signal is scheduled for 1pm, local time.